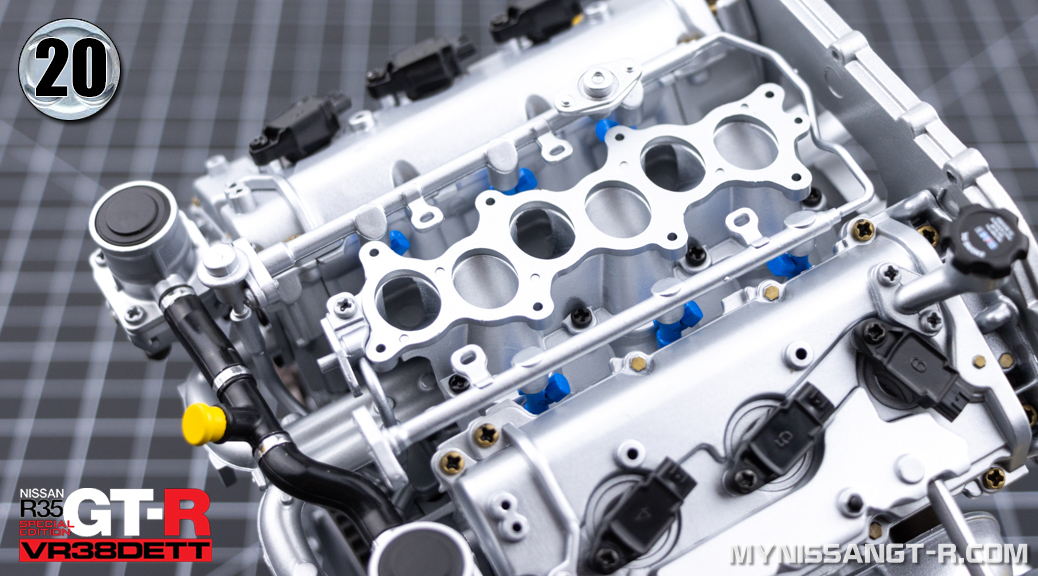 “With [Engine] Pack 20, you will attach Intake Manifold A and the Fuel Rail parts to the Engine parts you have already built.” 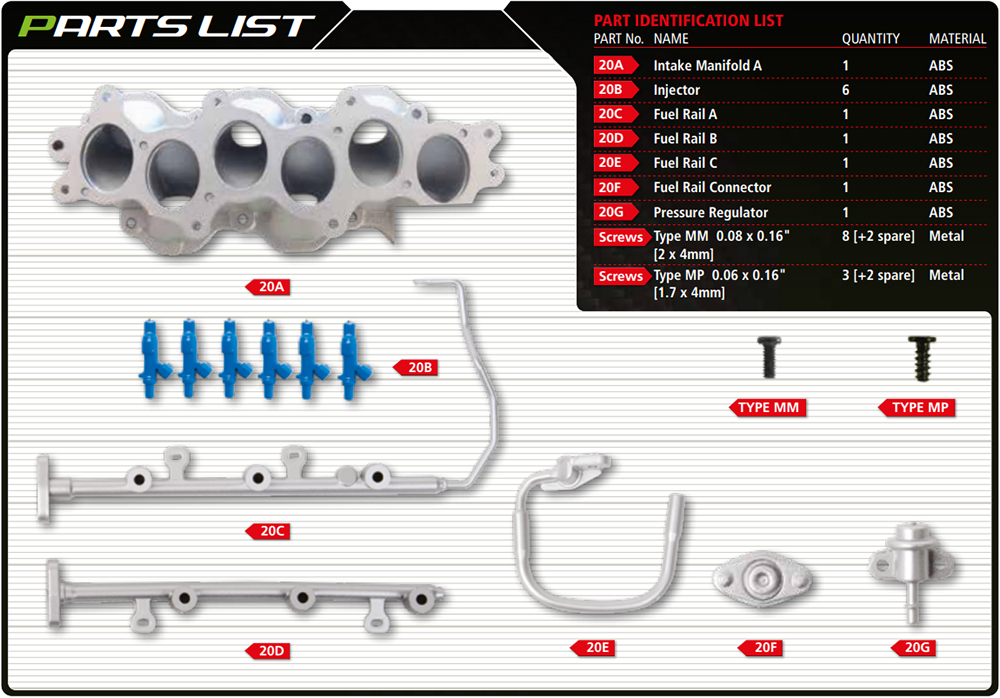 Retrieve your engine from the previous pack. Fit Intake Manifold A down into the top of the engine, aligning the screw holes as shown: 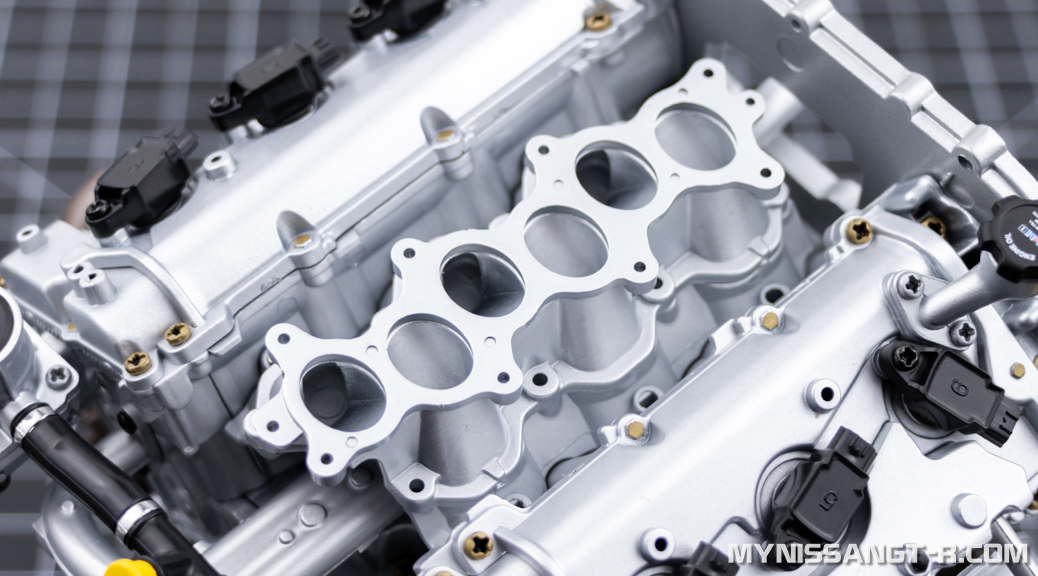 Secure the Intake Manifold A into place with eight (8) MM screws.

This is your friendly reminder to try using 3-in-One Oil on all screws going into metal. Also, on my model, the bottom left screw in this picture would not line up to the hole below no matter what I tried. I ended up cutting off the threads of the screw and gluing the head in place so it would look right: 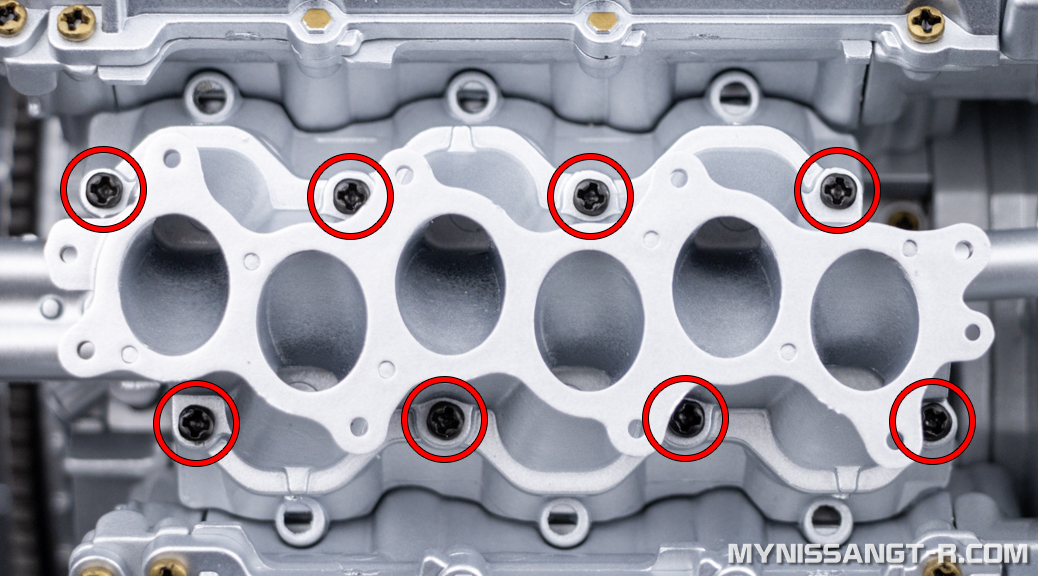 Push the D-shaped post on the bottom of the Injectors into the matching holes of the lower Cylinder Head parts, as shown.

These Injectors are not numbered like the instructions say but don’t worry, they are all the same. Do be sure each Injector is fully inserted into each hole. Also, note that the two forward Injectors should face in the opposite direction.

On my model, one of the Injectors did not want to fully down into the hole. I had to cut off the D-shaped post and super glue it into place: 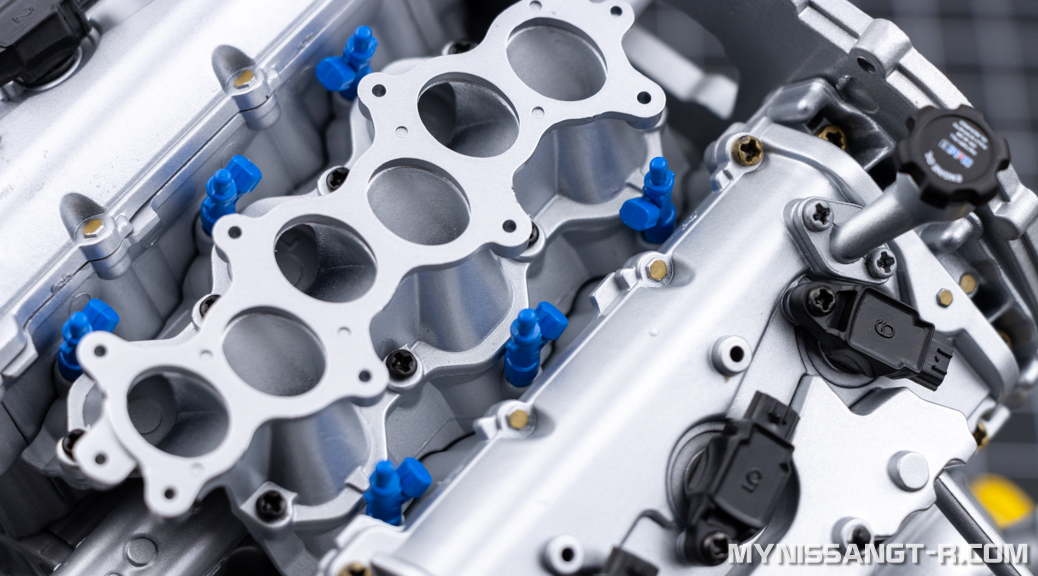 Firmly push the holes in the posts on the bottom of Fuel Rail A onto the pins of the left-side Injectors, aligning it as shown: 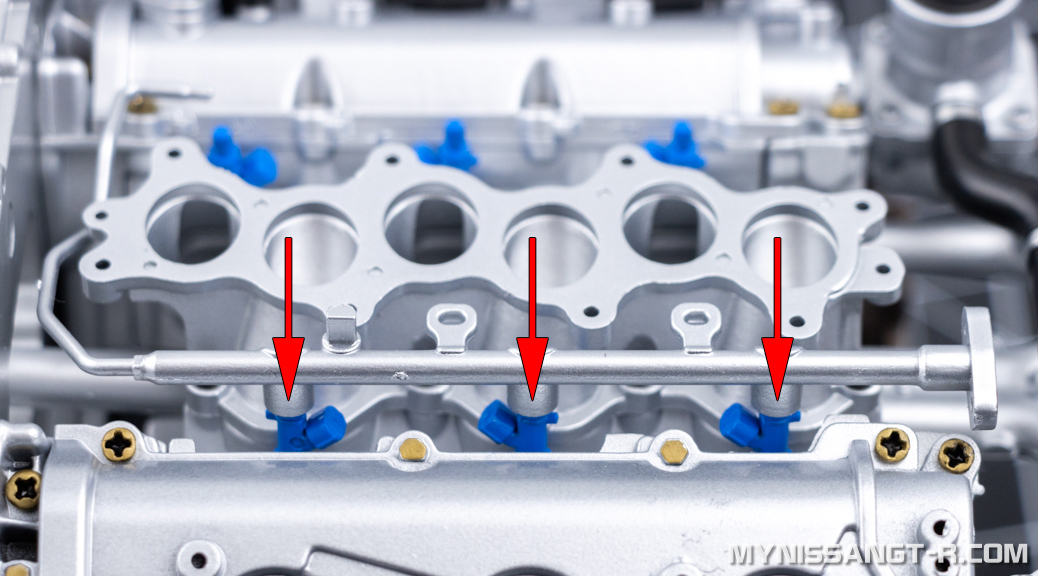 In the same way, firmly push the holes in the posts on the bottom of Fuel Rail B onto the pins of the right-side Injectors, aligning it as shown.

The instructions do not mention it, but I feel the thin pipe of Fuel Rail A also needs to be inserted into Fuel Rail B (arrow below): 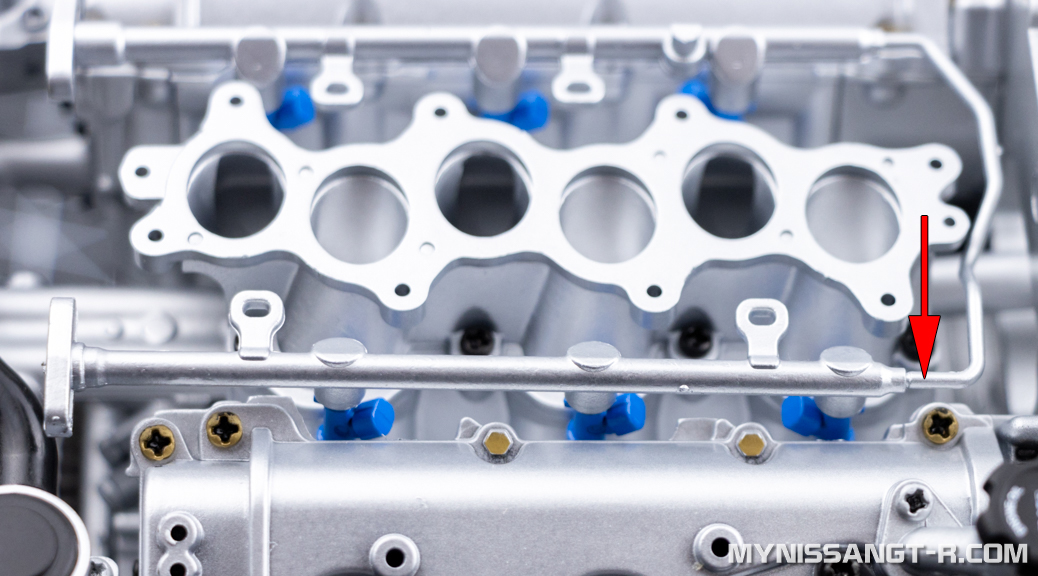 Fit the Pressure Regulator to the rear of Fuel Rail A as shown, and secure it into place with two (2) MP screws.

As I have been doing, I painted these screw heads with my Metallic Silver Sharpie to help them blend in better: 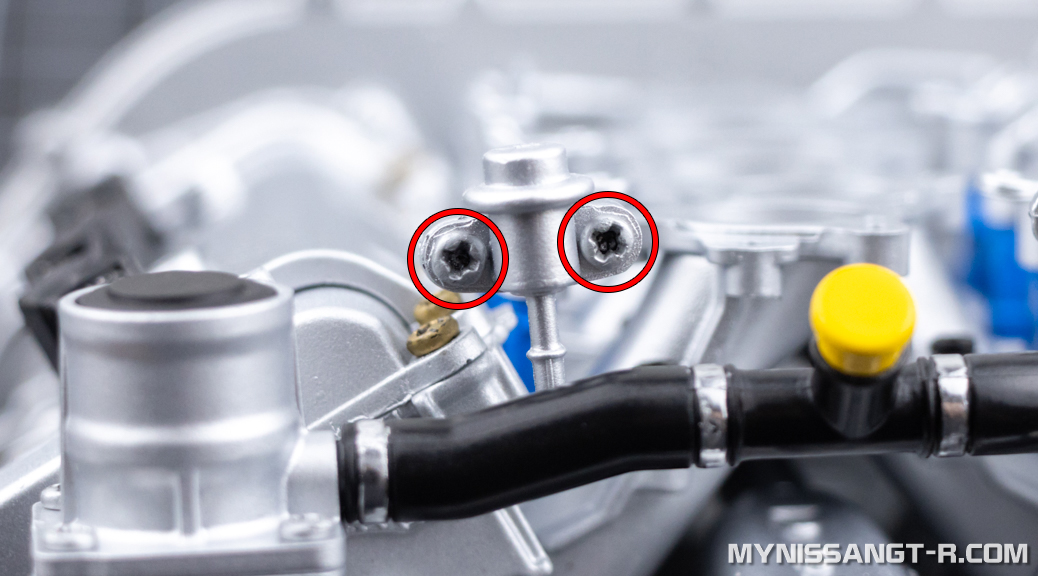 Loop the ‘hose’ end of Fuel Rail C under the Hot Water Manifold and slide it onto the bottom pin of the Pressure Regulator (arrow below). At the same time, align the screw hole at the other end of Fuel Rail C to the matching hole in Intake Manifold A, as shown: 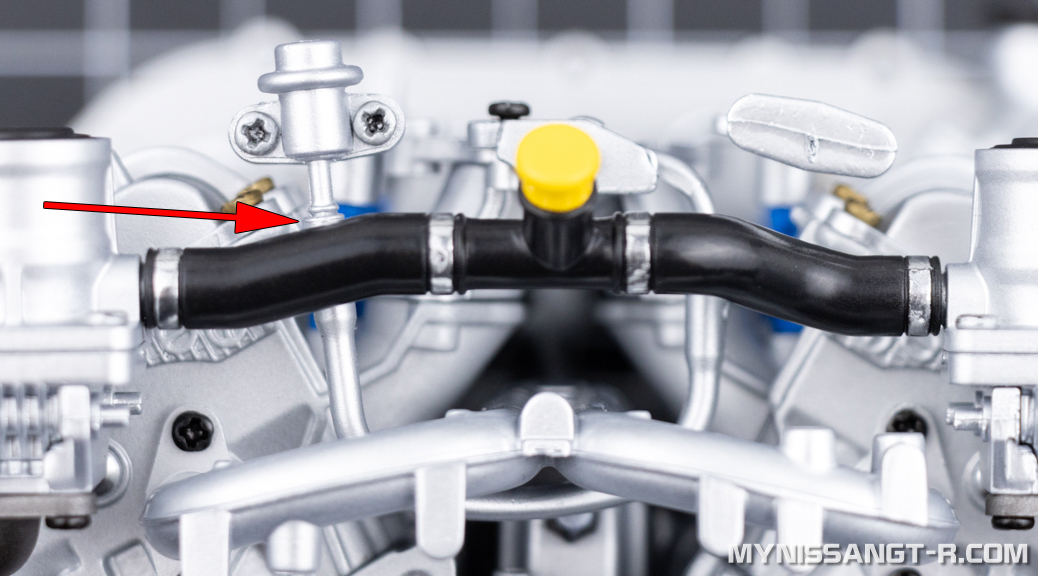 Secure Fuel Rail C to the Intake Manifold A with one (1) MP screw: 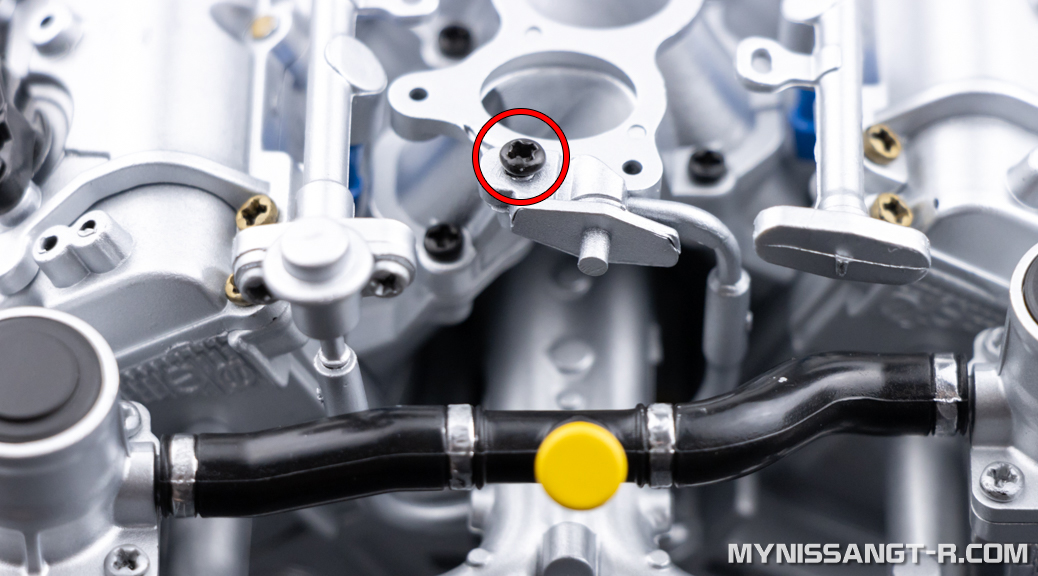 Gently push the Fuel Rail Connector down onto this D-shaped post of Fuel Rail A, as shown: 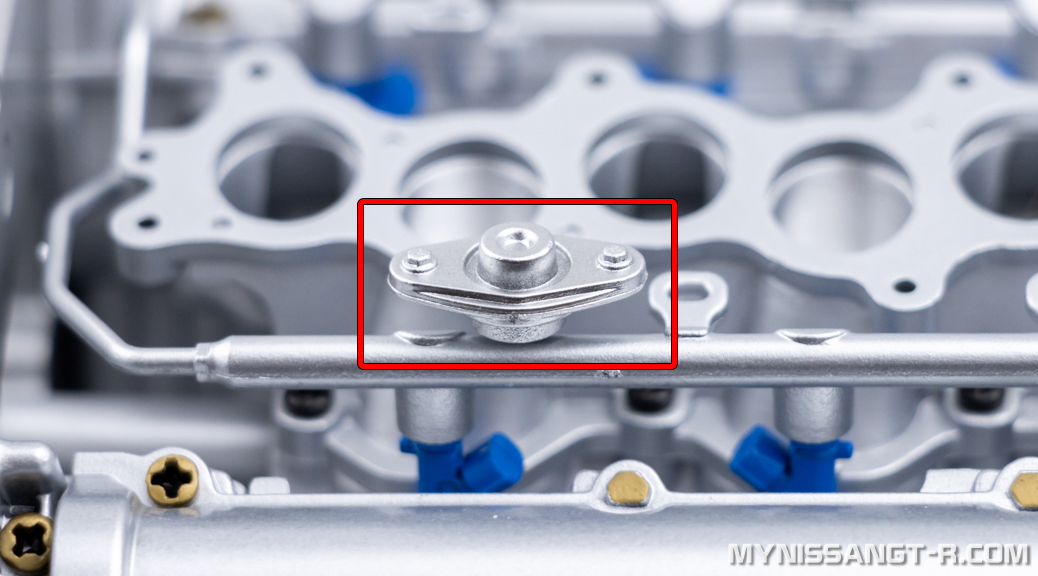 I thought about painting the tips of the (fuel) Injectors black like the real things, but you would not be able to see it. Still, this fuel delivery system is quite nice!