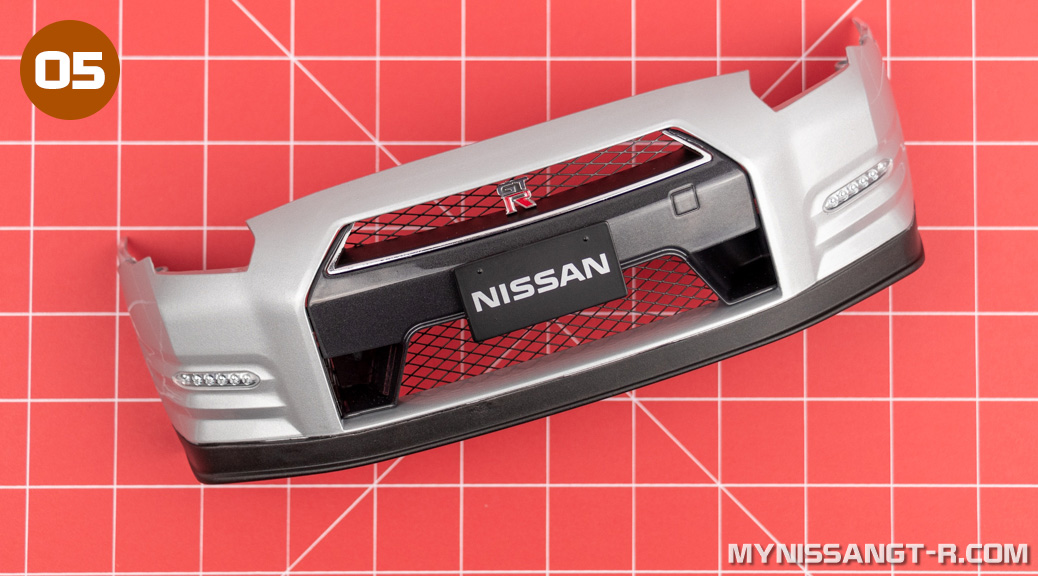 “Now you will fit the LED Daytime Lights, Turn Signals and License Plate to the Front Fascia Assembly that you received with [Pack 01].” 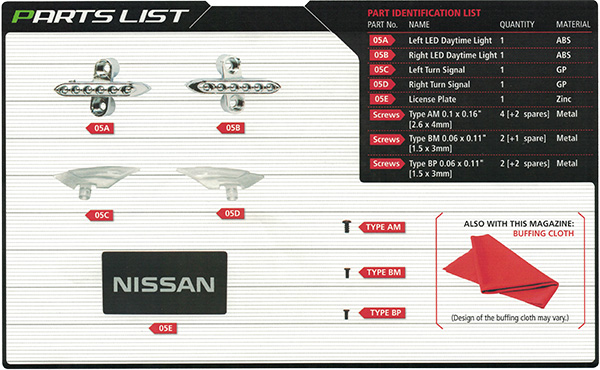 Take the front fascia assembly from Pack 01 and turn it around so you are facing the rear side. Insert the Left LED Daytime Light into the slot on the left and secure it with two (2) AM screws. 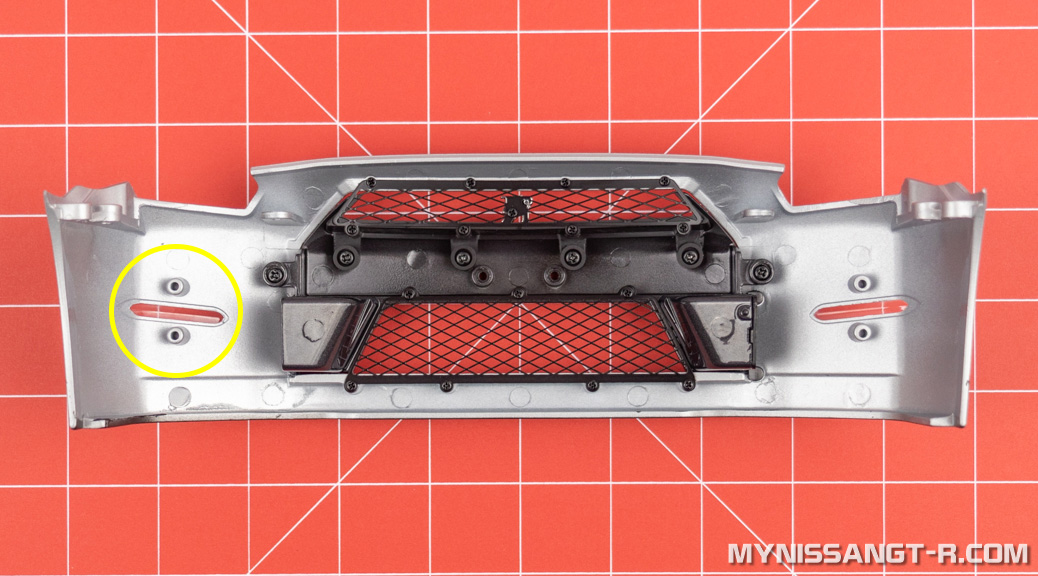 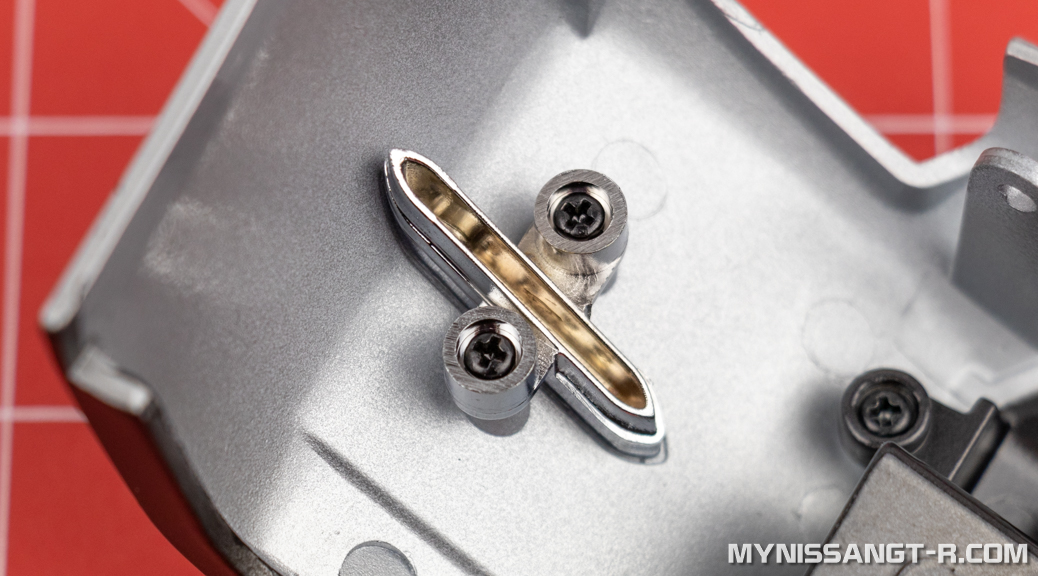 Then, insert the Right LED Daytime Light into the slot on the right and secure it with two (2) AM screws: 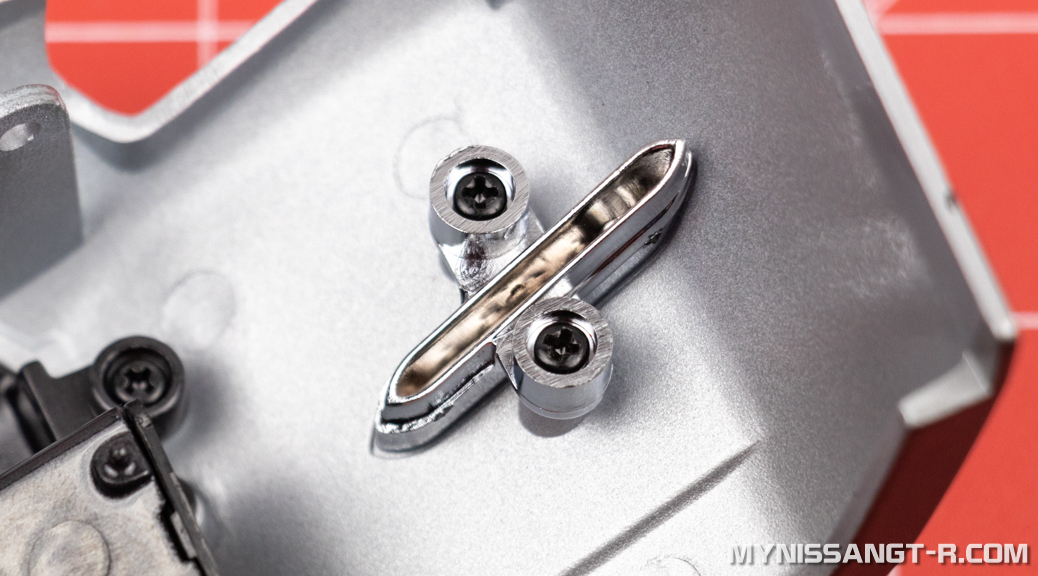 This is what they look like from the front: 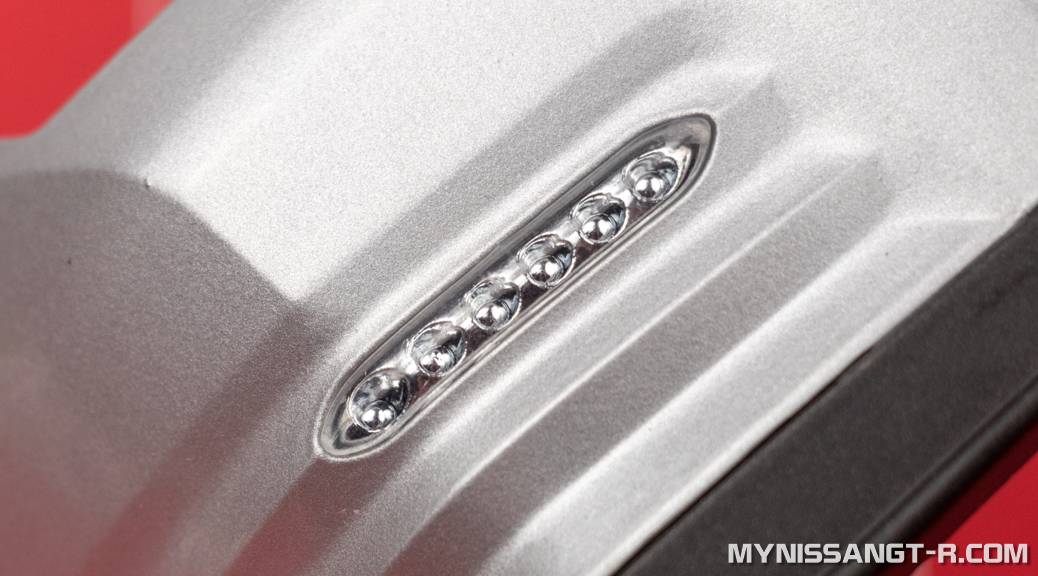 Push the peg on the Left Turn Signal into the hole at the top left edge of the front fascia assembly. Secure it from underneath with one (1) BP screw: 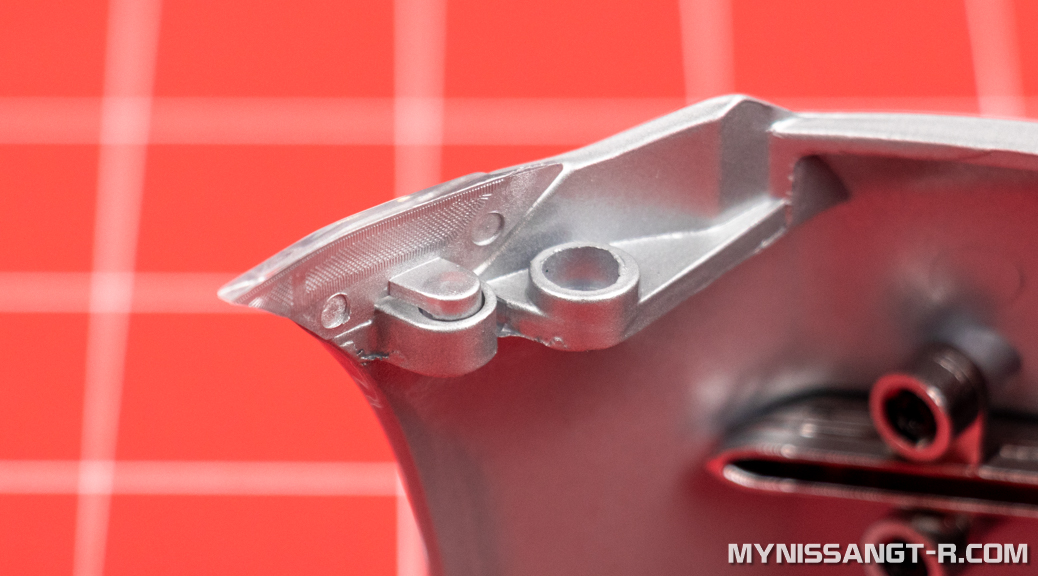 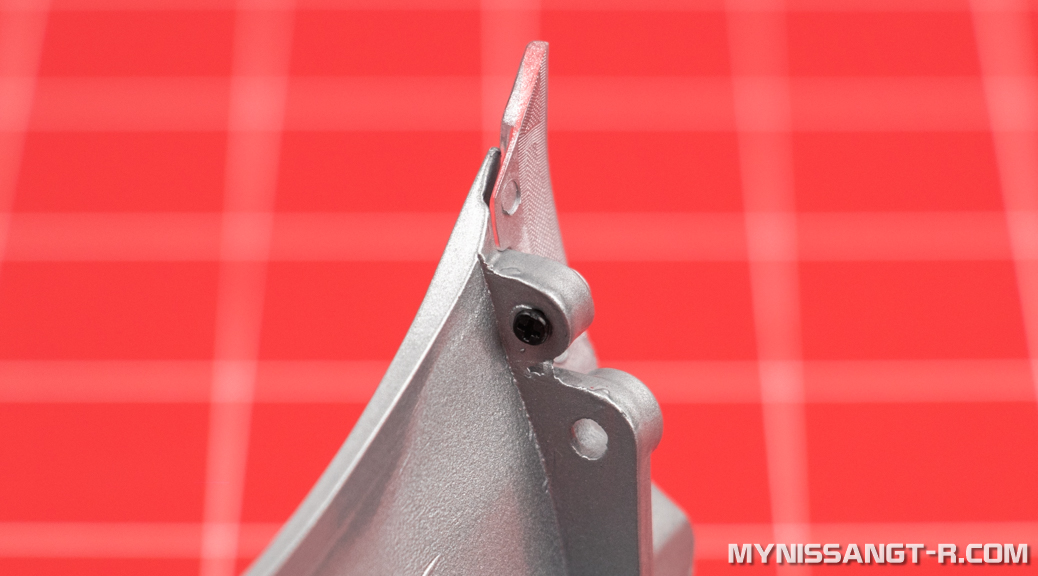 Then, push the peg on the Right Turn Signal into the hole at the opposite side and secure with one (1) BP screw: 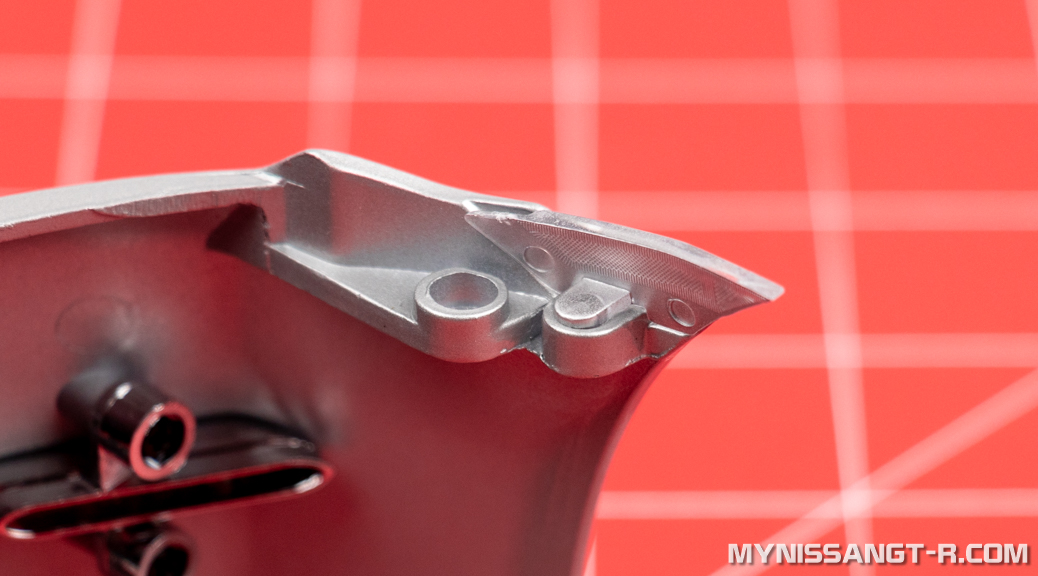 And, from the front: 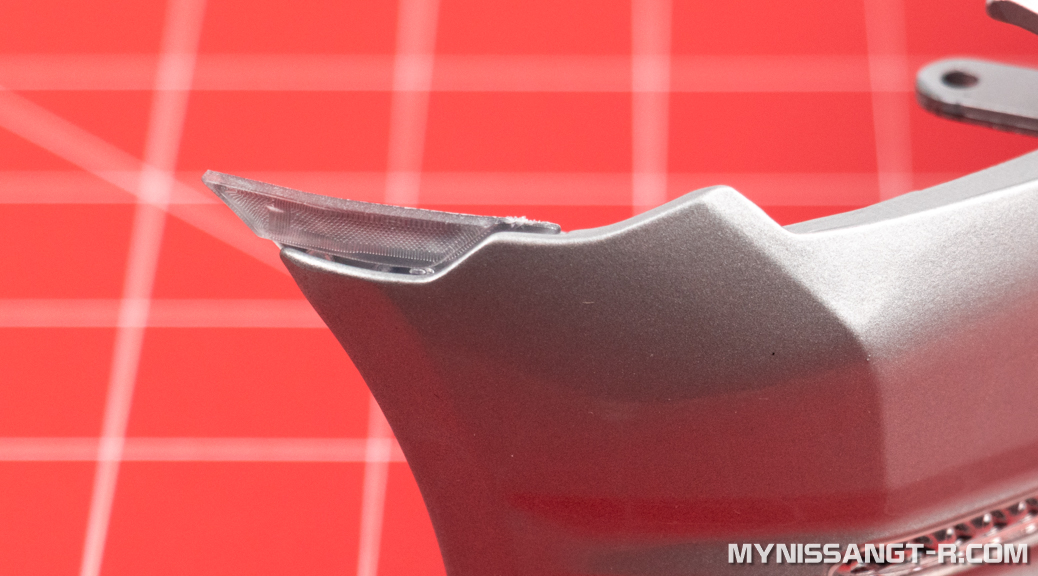 Push the pegs of the License Plate through the holes in the front of the fascia assembly and secure from behind with two (2) BM screws: 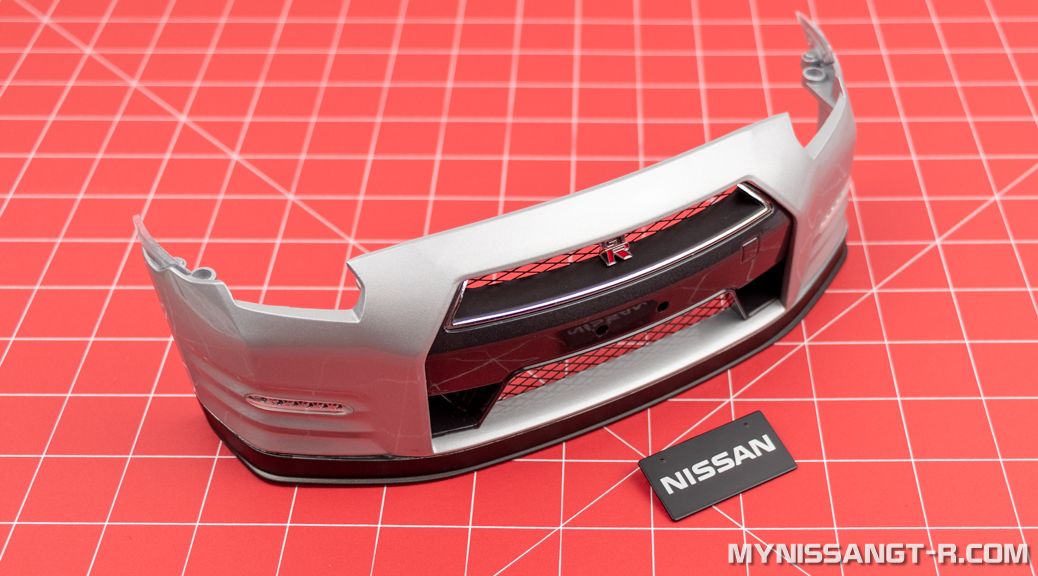 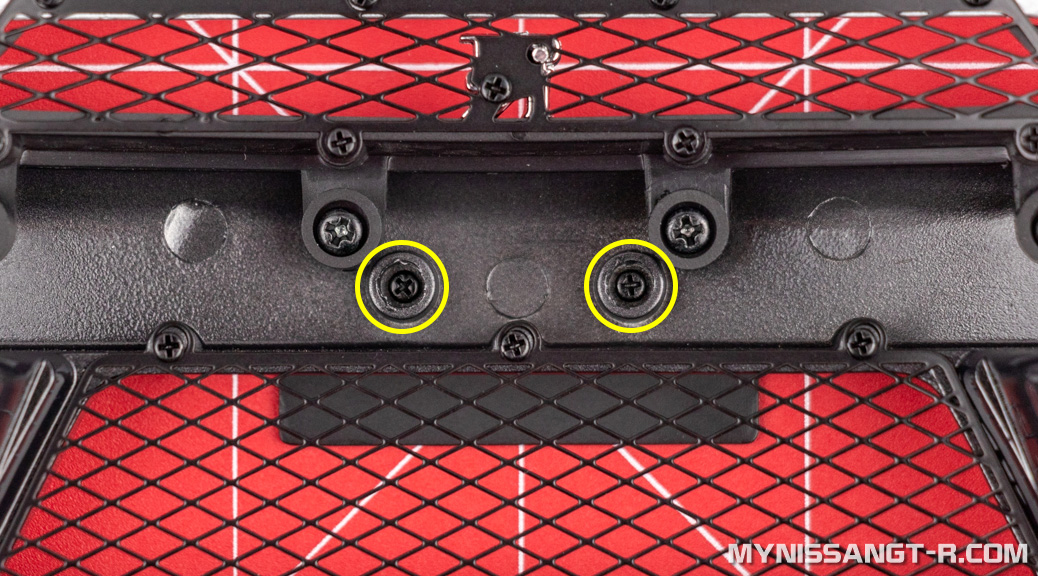 The front of the car is starting to look even better. Store this assembly in a safe place for now. It will not be used until a later pack.