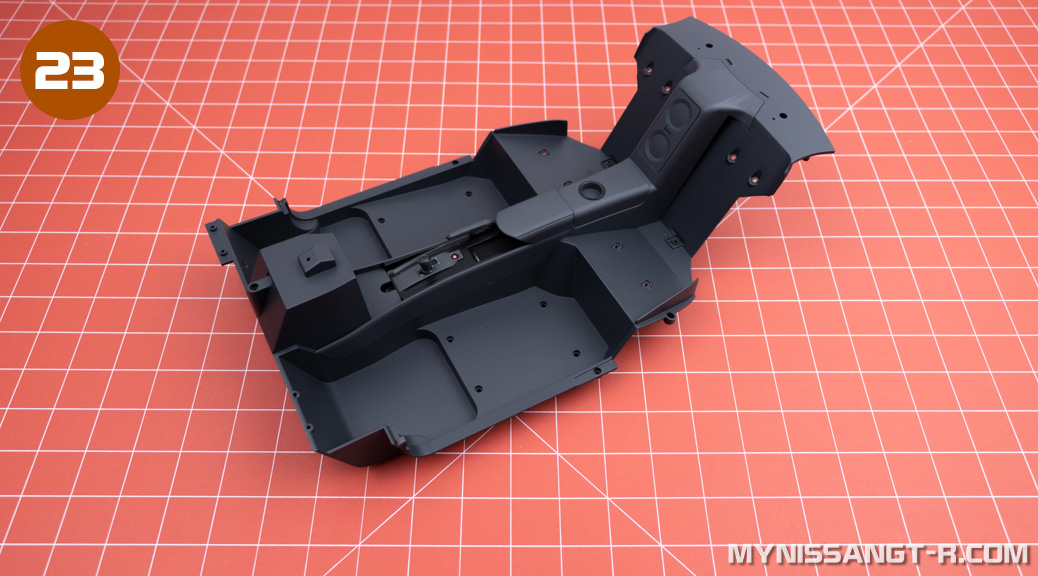 “In this section, you will attach the combined Center Console, which you built in [the previous pack], to your NISSAN GT-R (R35) model’s Interior Base.” Retrieve the Center Console assembly from the previous pack. Slot it into the Interior Base as shown.

Slide the front edge in first to make this simpler: From below, secure the Center Console into place with five (5) GP screws (saved from the previous packs): Hard to get too excited about this super short issue, but we did get a nice big piece of the model this time. Once again, screws supplied with a pack are not used in that same pack (these CP ones), so save them for later.