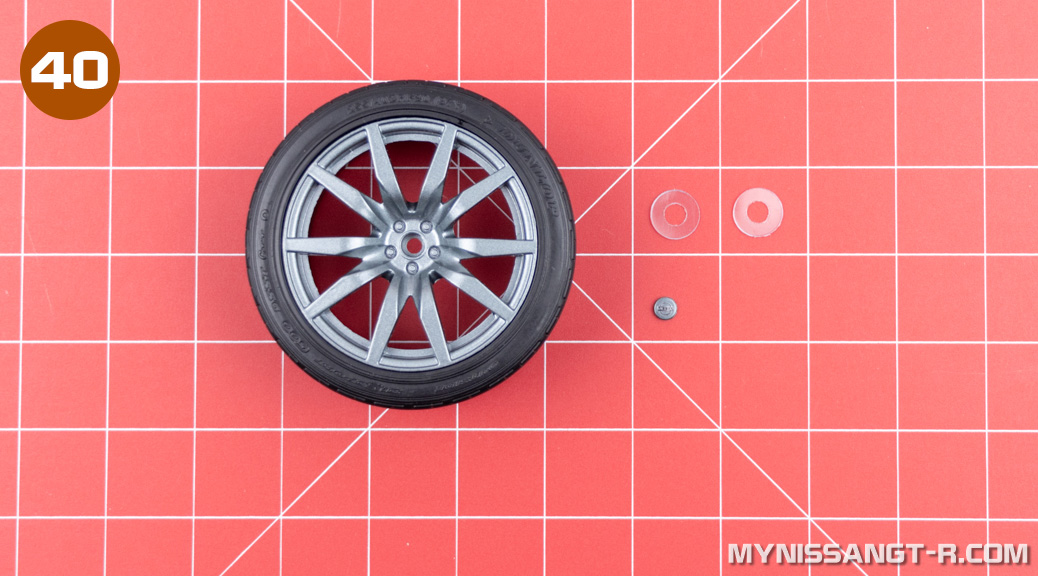 These are basically the same steps as previous wheels, such as in Pack 02. Also, note that there are two undocumented clear plastic spacers in this pack. These will be used to reduce the wheel wobble once it is installed, so do not discard them! 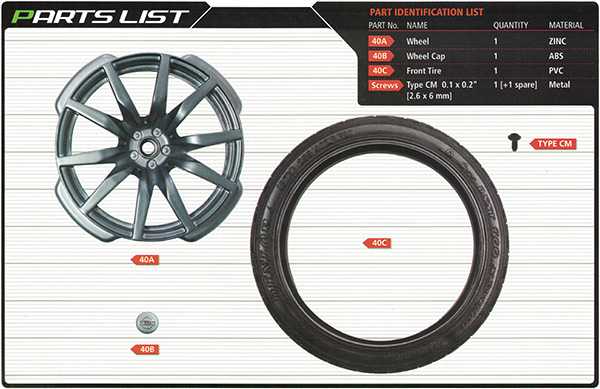 The Tire needs to fit tightly on the Wheel, so it should first be soaked in warm water for a few minutes.

Eaglemoss recommends a water temperature of at least 96.8F (36C) here. This will soften the rubber allowing for easier assembly. I recommend using the warmest water you can safely handle as the tire will become even softer at higher temperatures: 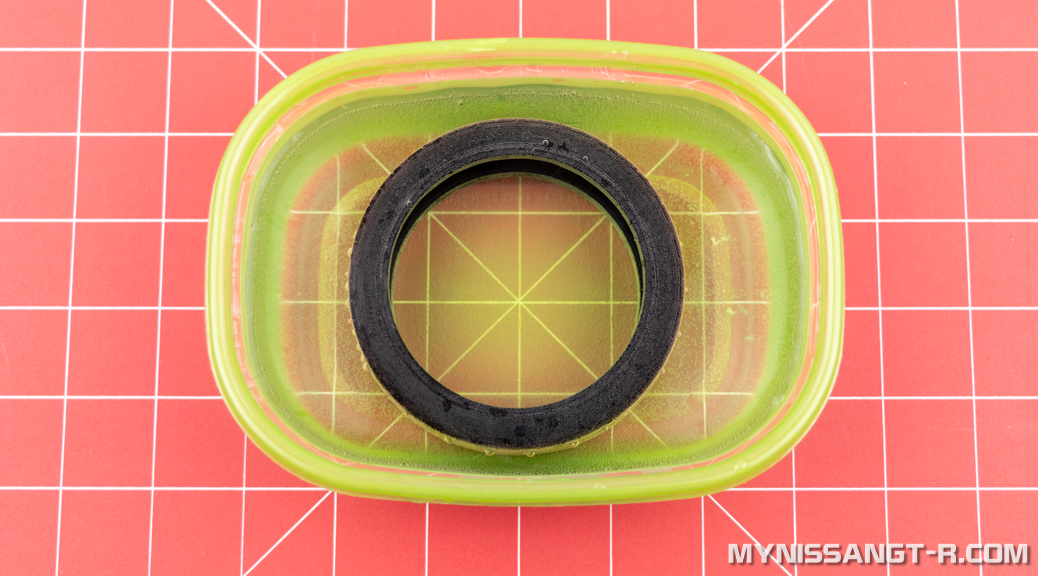 Press the Wheel into the Tire making sure the more widely spaced tread pattern faces the outside of the wheel: 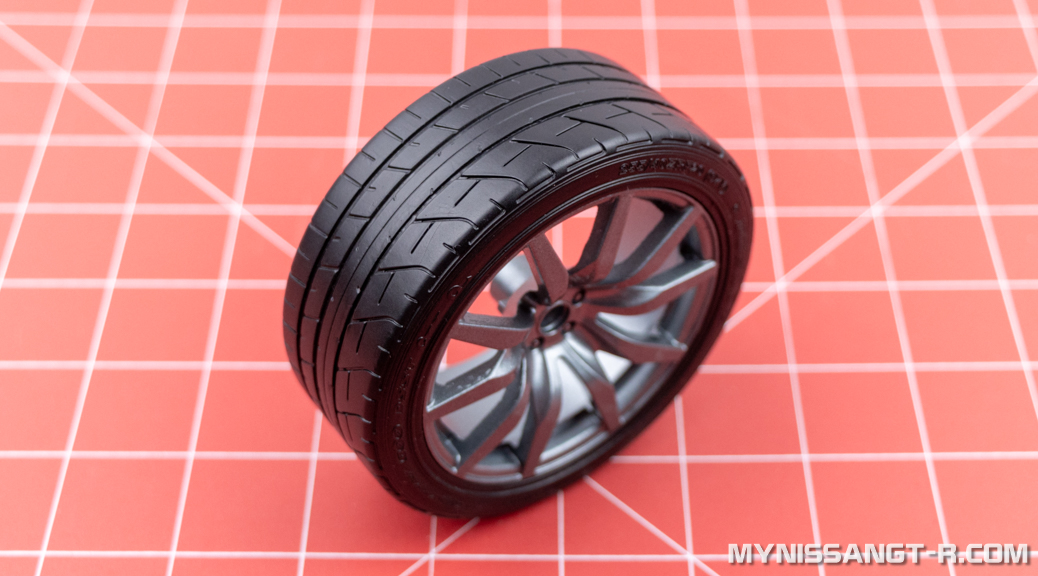 Another wheel, same process as before. These front wheels/tires are narrower than the rears. On the real car, the front tires are P255/40R20s and the rears are P285/35R20. This pack also comes with a Wheel Cap, a CM screw, and two undocumented plastic spacers, but they will be used after the wheel is mounted in later packs.