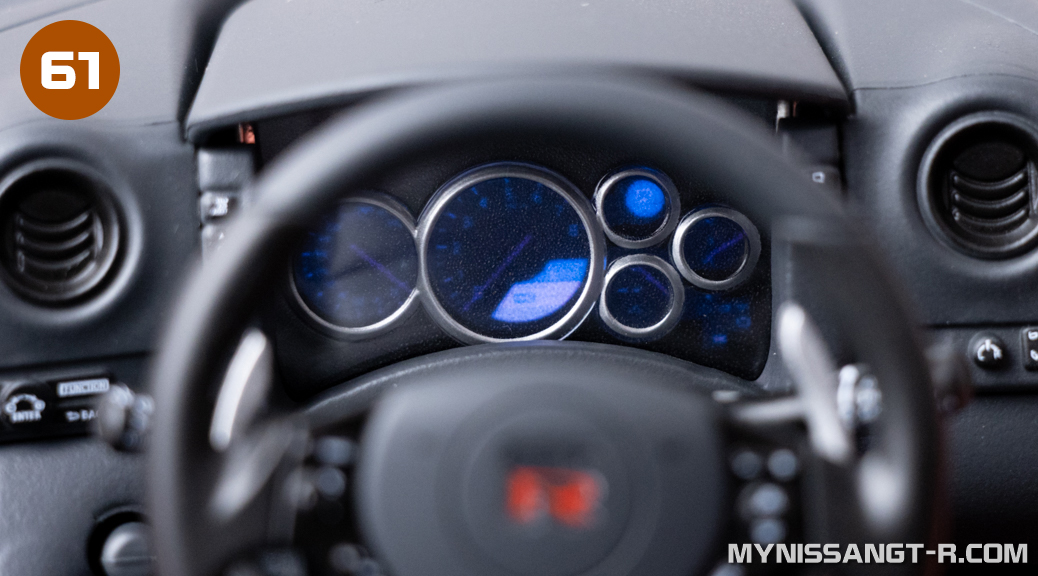 “Now you will test that all the Lights on your NISSAN GT-R (R35) model are working. You will need three ‘AAA’ Batteries (not supplied) for this section of the build.” 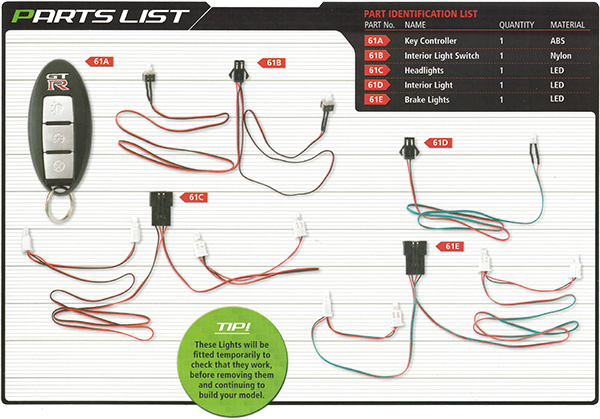 It is not mentioned in the parts list, but Eaglemoss included a spare CR2016 battery pack as well: 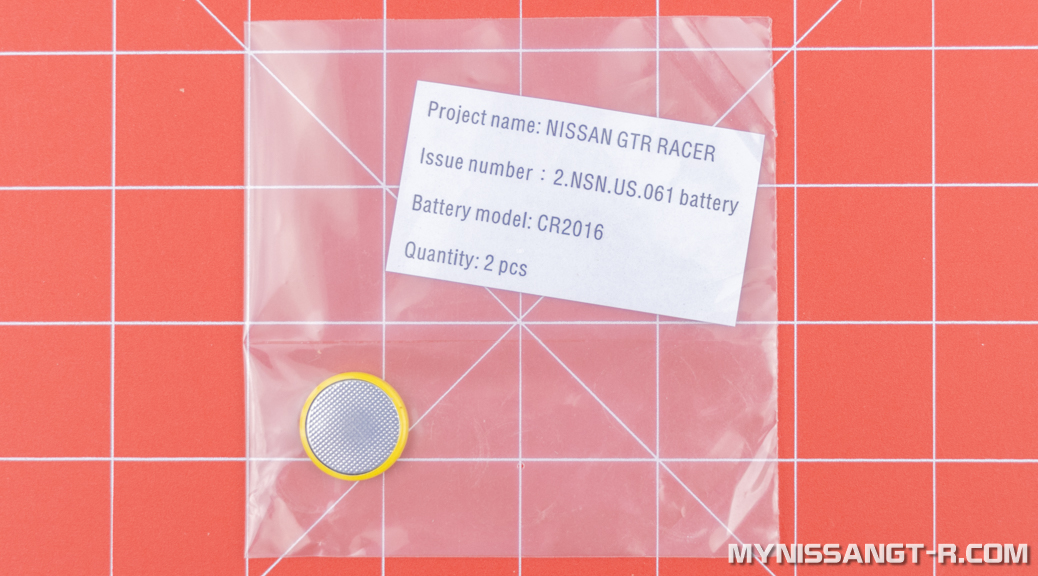 Retrieve your Chassis assembly from the previous pack. Attach the Interior Light Switch to this two-pin connector from the Motherboard at the right side of the car.

Be sure you connect these plugs correctly, matching the connectors, wire colors, and pins: 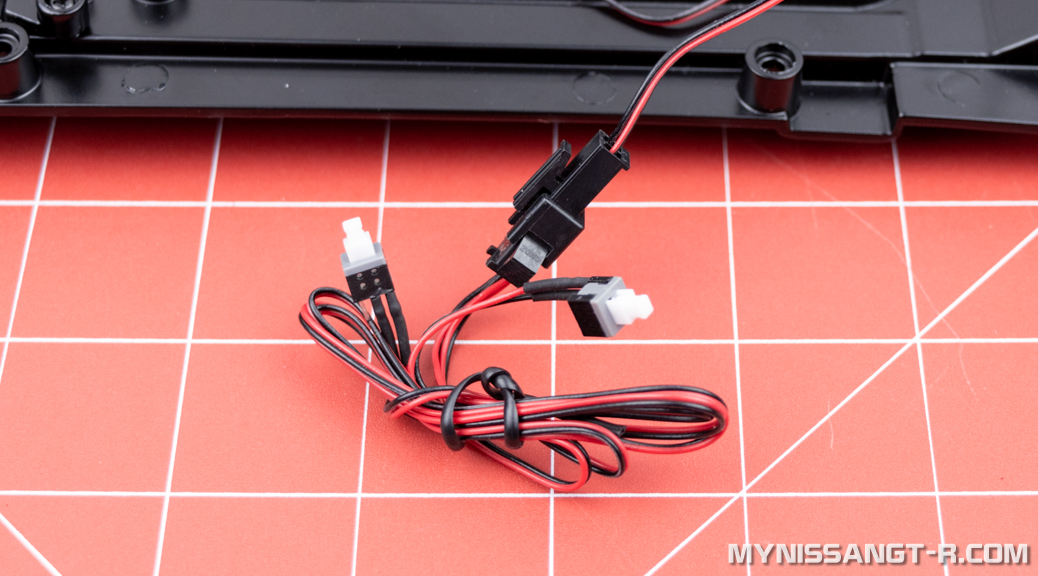 Attach the Headlights wiring to this four-pin connector from the Motherboard at the right side of the car: 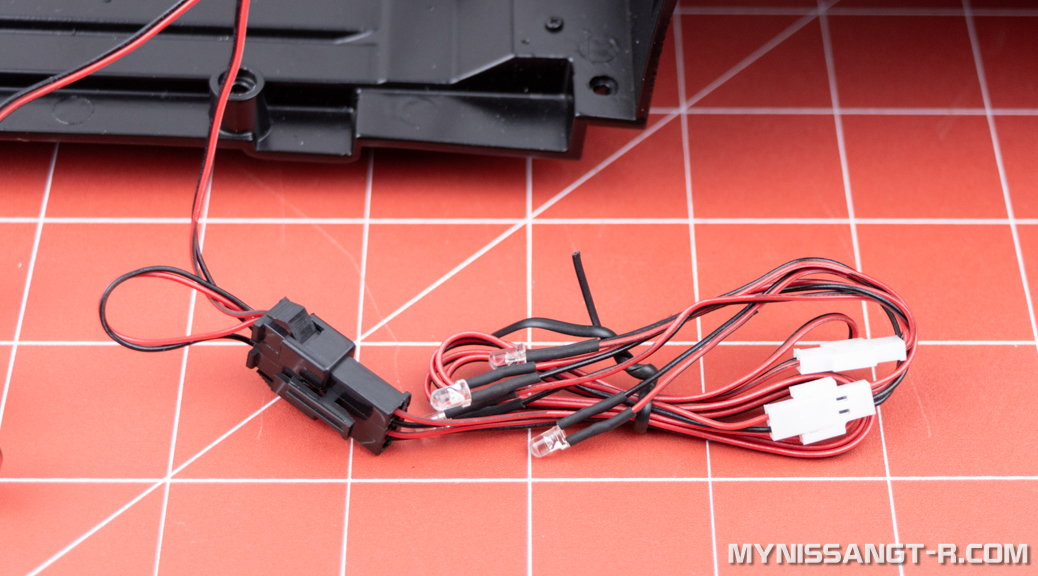 Attach the Brake Lights wiring to this four-pin connector from the Motherboard at the left rear of the car: 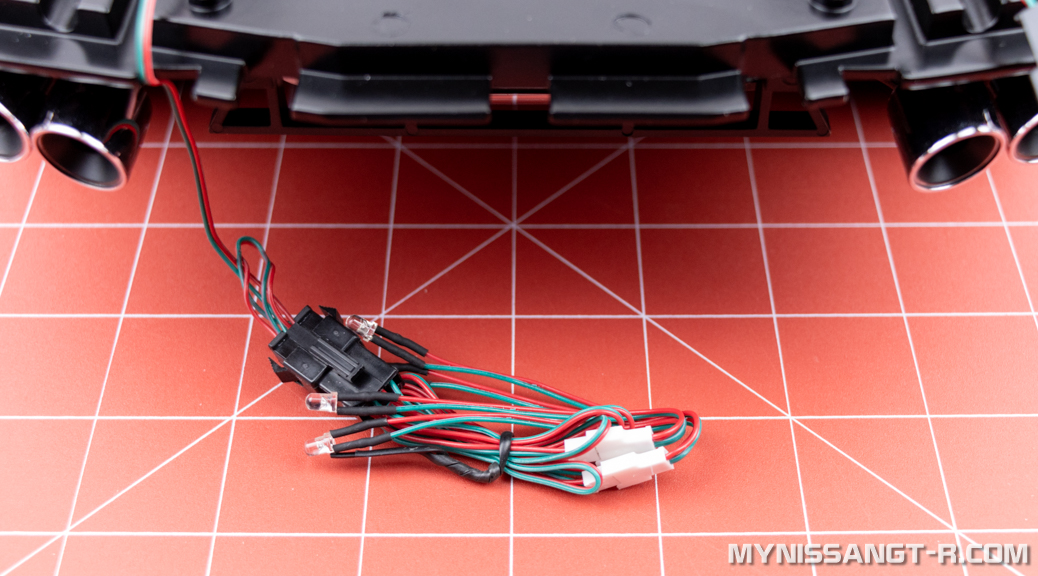 Attach the Interior Light wiring to this two-pin connector from the Motherboard at the right rear of the car: 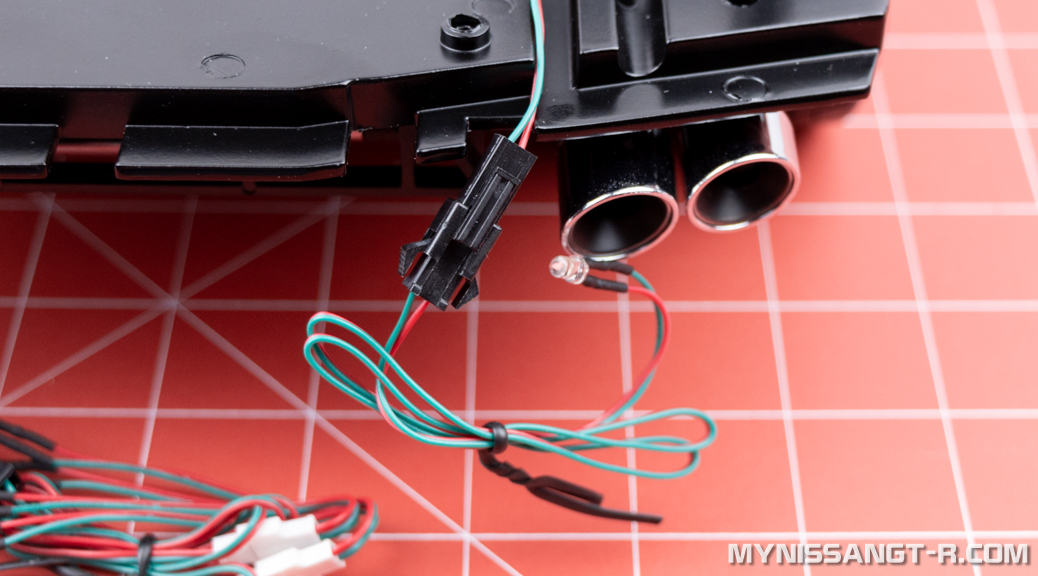 This plug powers the electroluminescent panel behind the instrument gauges and should NOT have polarity requirements, so this connector can be attached in either orientation: 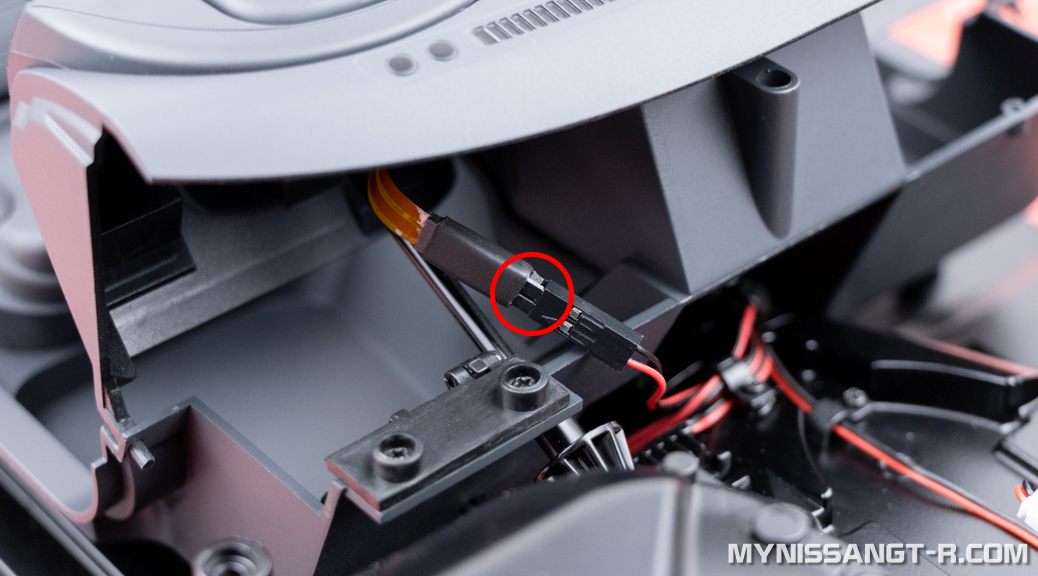 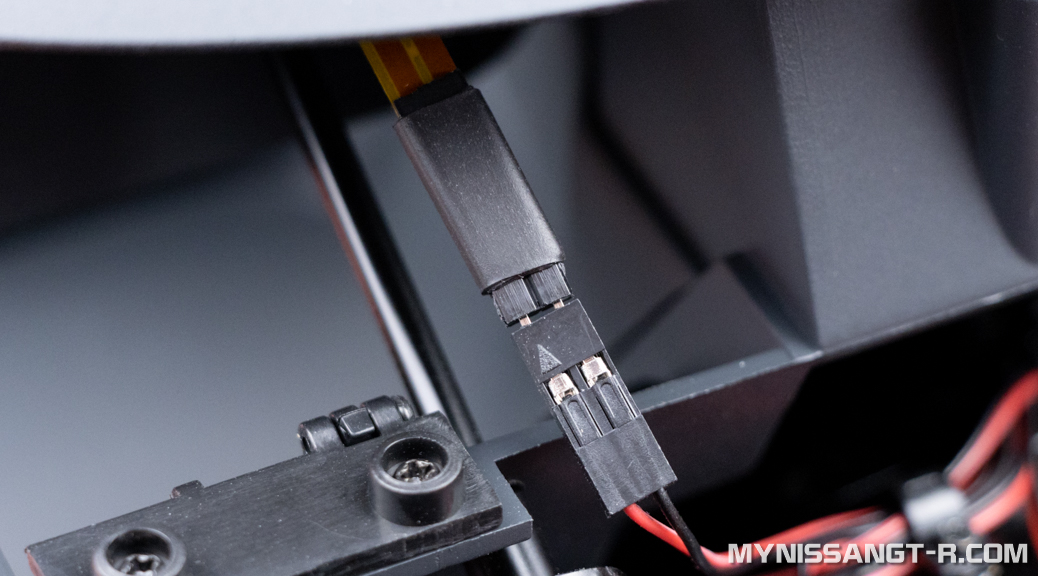 Remove the screw and Battery Cover from the underside of the car (keep the screw nearby as we will reuse it): 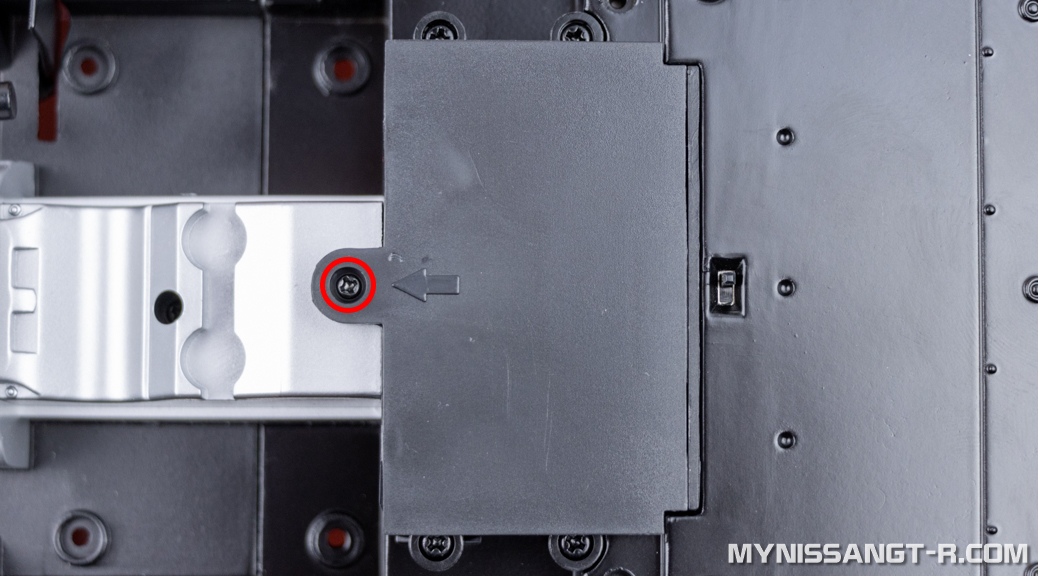 Insert three ‘AAA’ Batteries (not supplied) into the Battery Box following the polarity diagram inside the box, as shown.

You can replace the Battery Cover here as well if you want to: 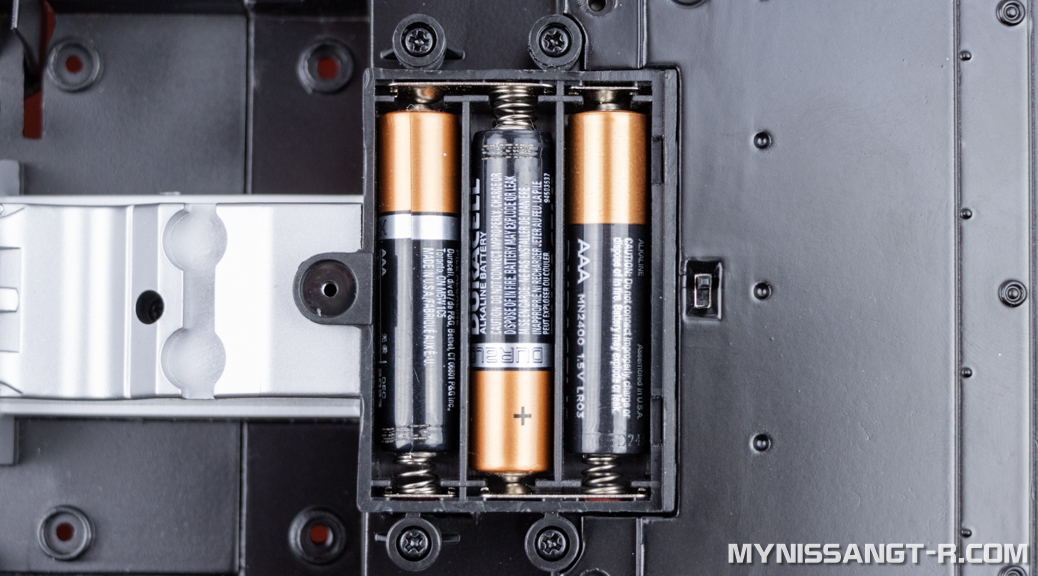 Turn the ON/OFF Switch to the ON position: 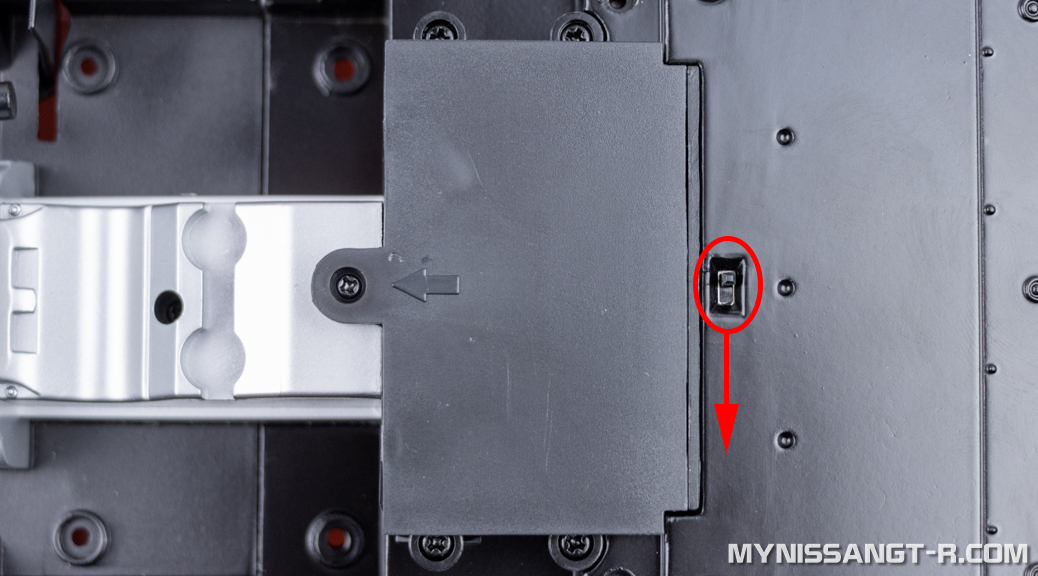 Press the middle button on the Key Controller and the Dashboard lighting should illuminate.

Pressing the bottom button on the Key Controller will turn all lighting off.

If you find the remote does not work, the battery has probably died while in storage and explains why Eaglemoss supplied us with a replacement battery. See my Replacing the Key Controller Battery section at the end of this page for more information: 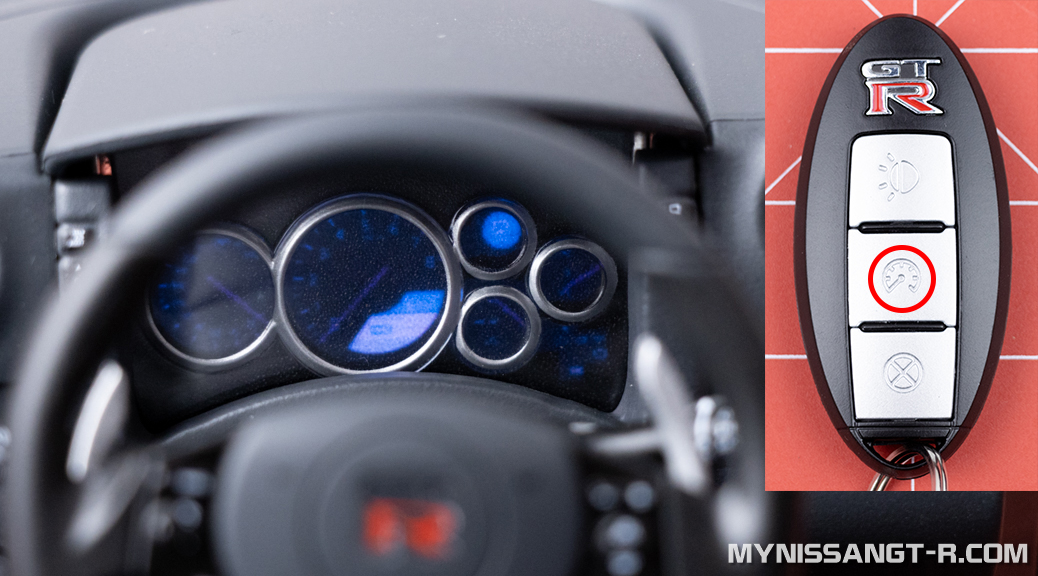 Press both of the switches on the Interior Light Switch wiring and the Interior light at the rear of the car should turn off.

The instructions have this backwards. The Interior light is always lit when power is supplied. These switches are triggered by opening the model’s doors, so if either of them is not pushed, the light comes on: 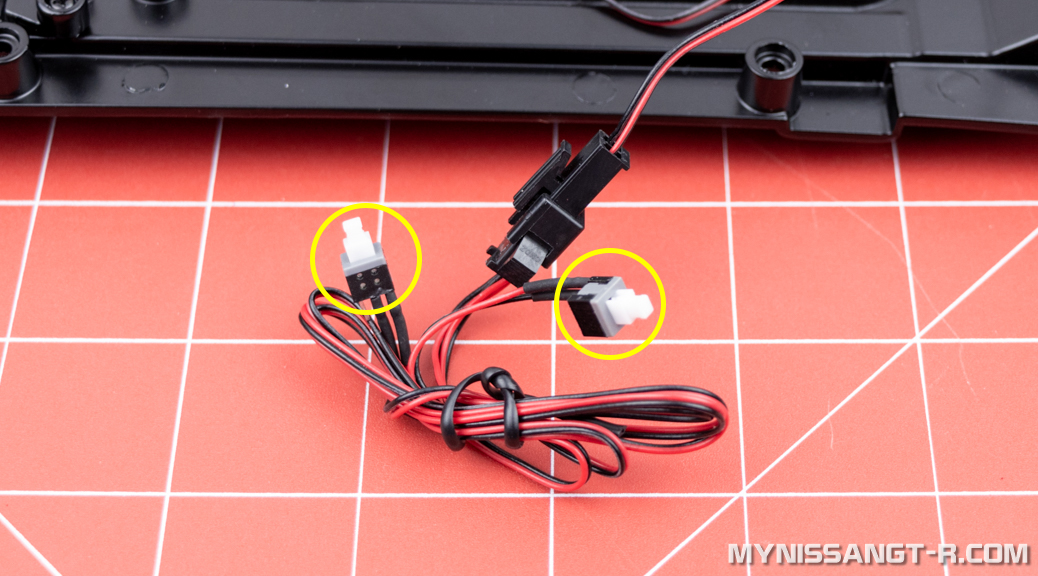 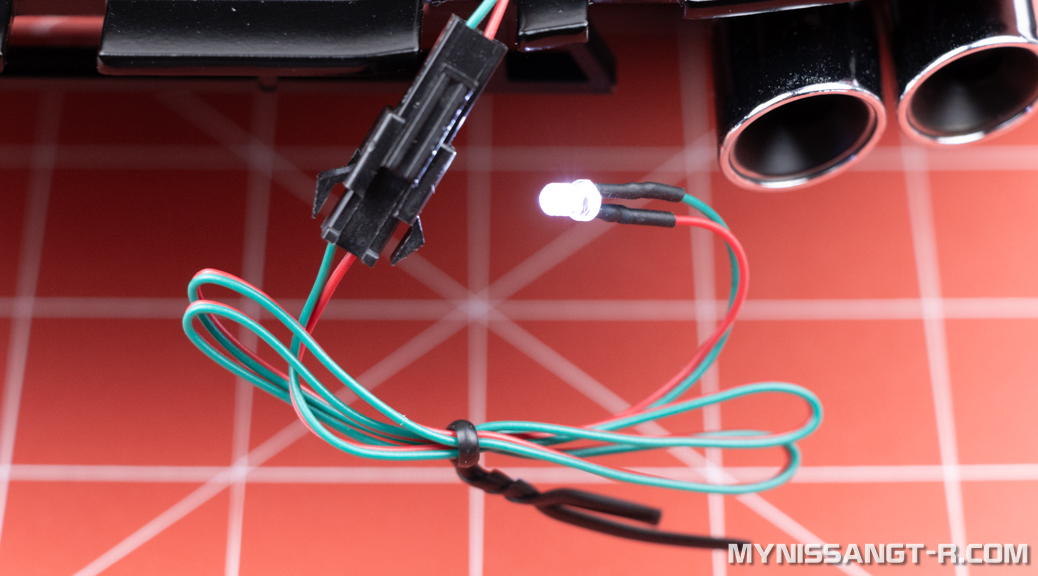 Close the contacts of the Brake Pedal Switch (that we installed in the previous pack) and the Brake Lights at the rear of the car should illuminate: 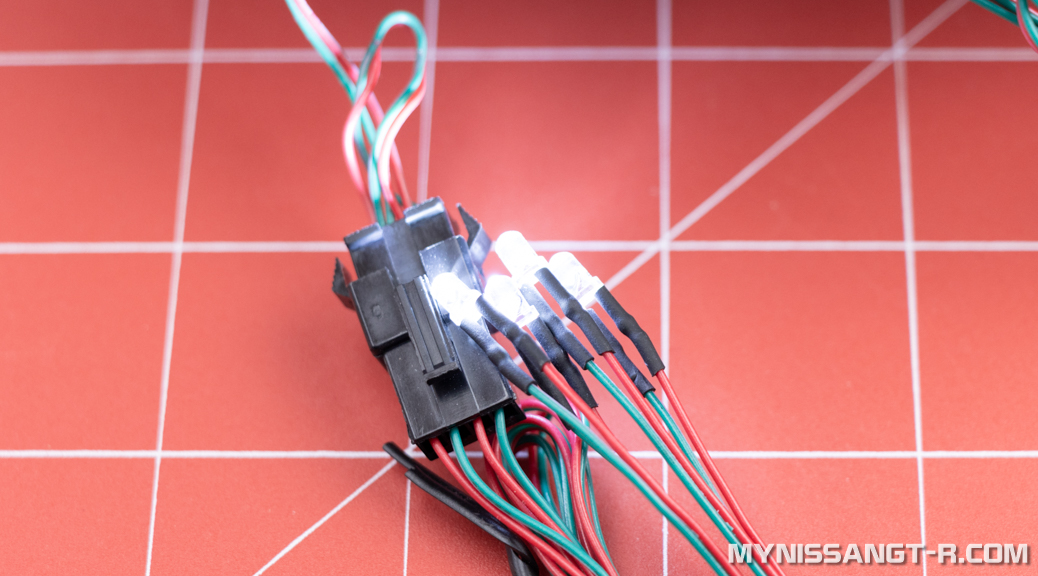 Press the top button on the Key Controller and the Headlights lighting should illuminate. Again, push the bottom button to turn them off.

With these tests complete, this pack is now complete. However, be sure to disconnect all of the lighting wiring, remove the batteries, and replace the Battery Cover so we can continue to build the model: 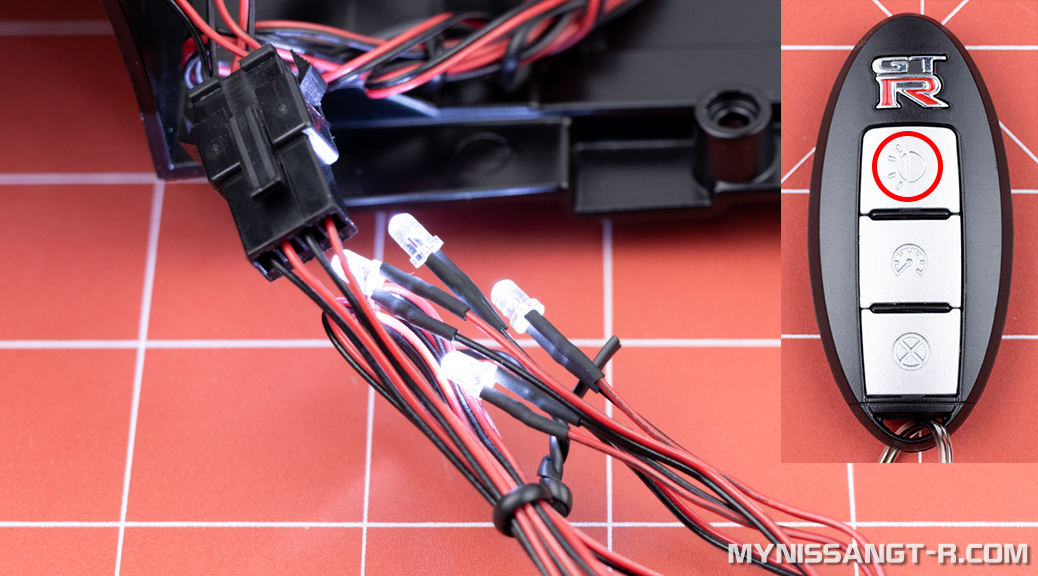 The Key Controller contains two CR2016 3V batteries stacked together to produce 6V. If they expire, they can be replaced. First, remove the three screws on the back of the controller: 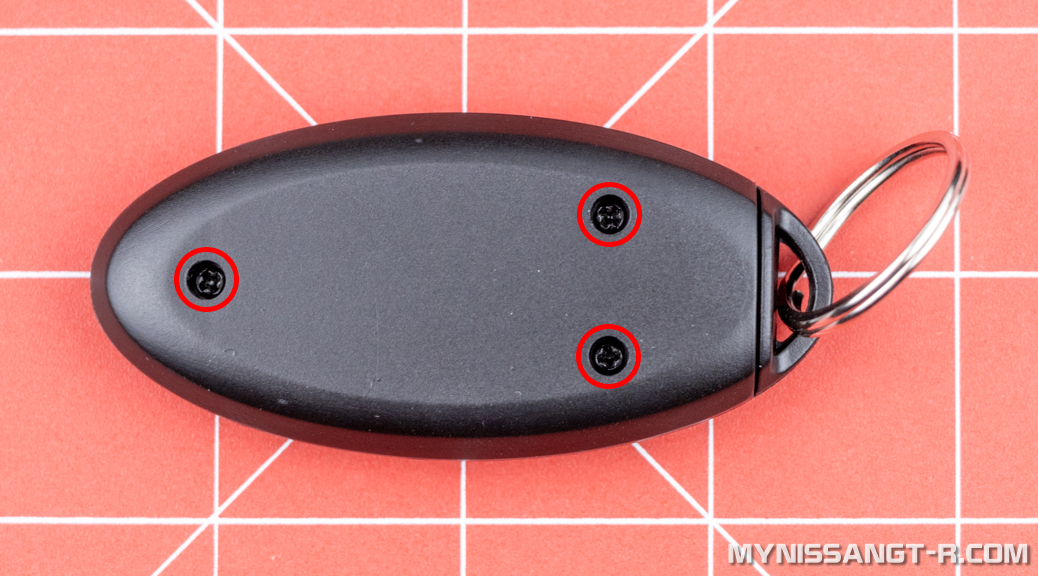 Pull out the circuit board: 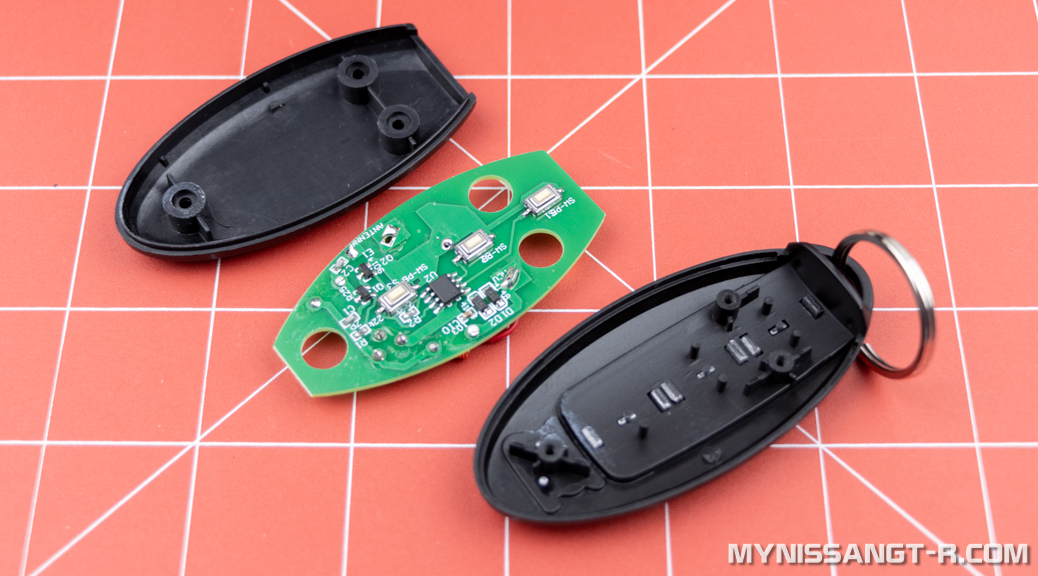 Push the expired batteries out of the holder.

While I was removing these batteries, the yellow band holding the two batteries together got caught on the negative terminal and broke it off: 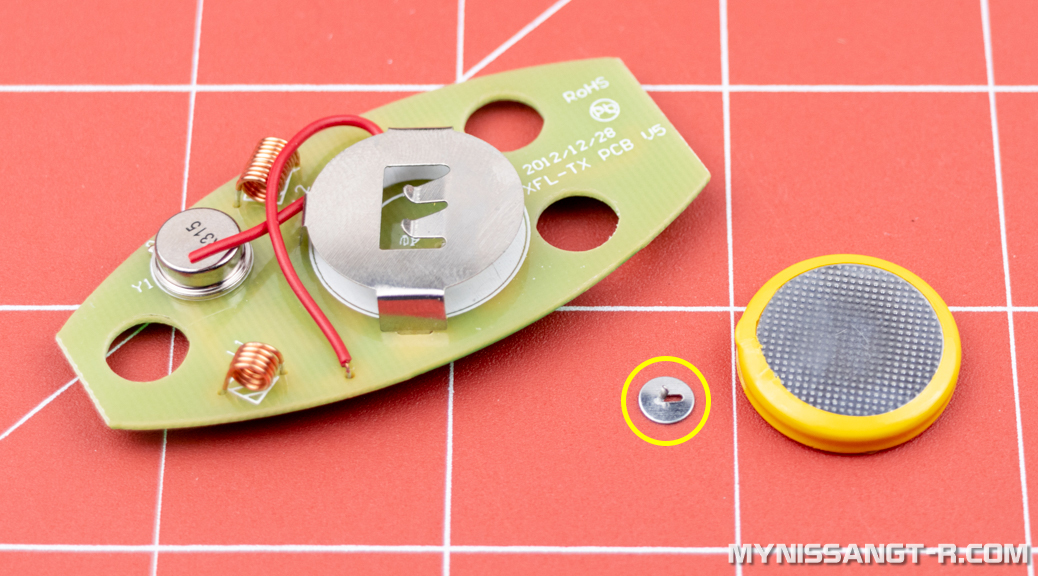 I tried to replace it and the little pin broke off, making the situation worse: 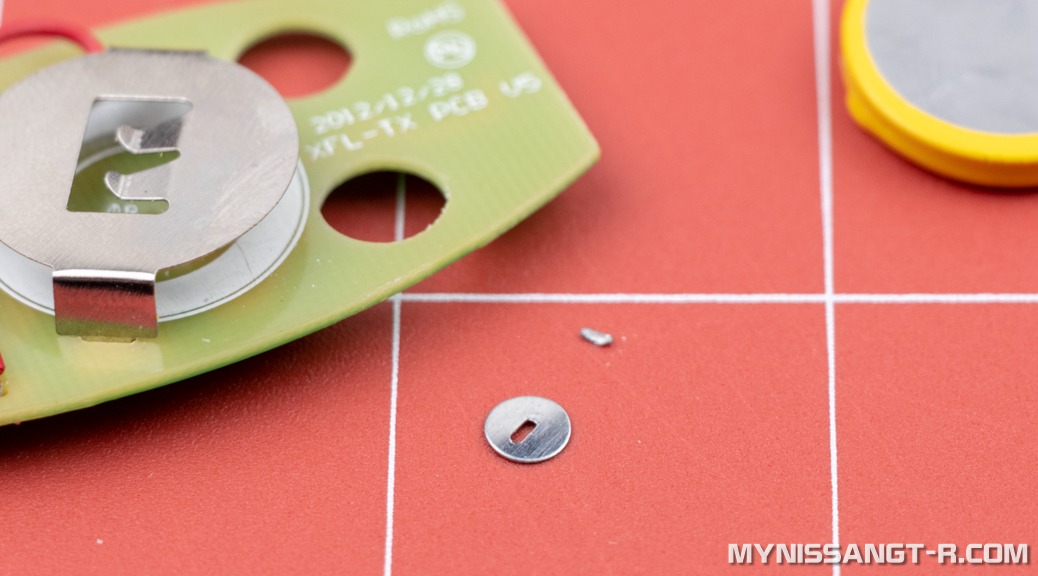 I created my own negative terminal using some 22 gauge Craft Wire and soldered it into place: 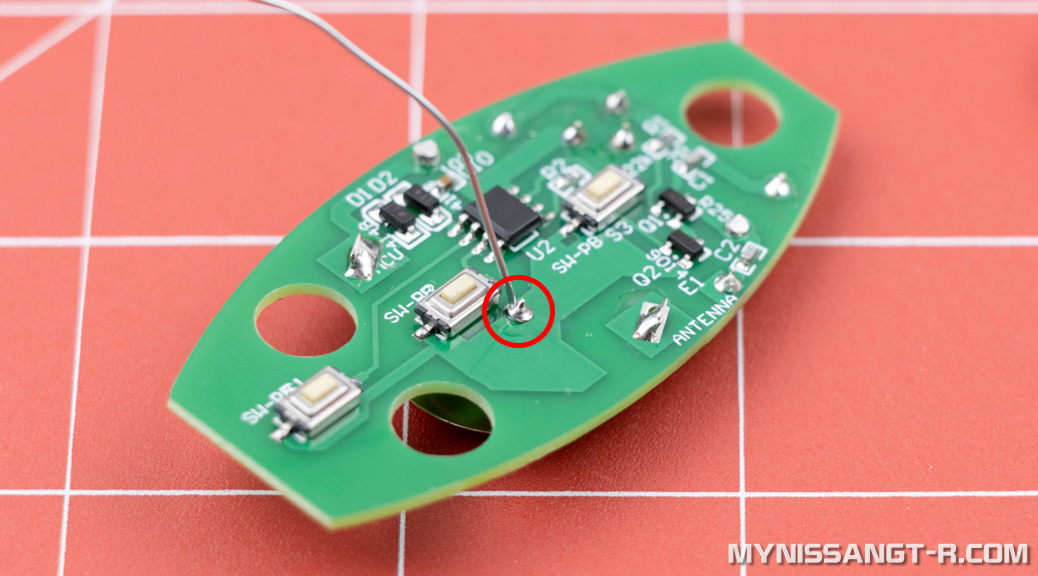 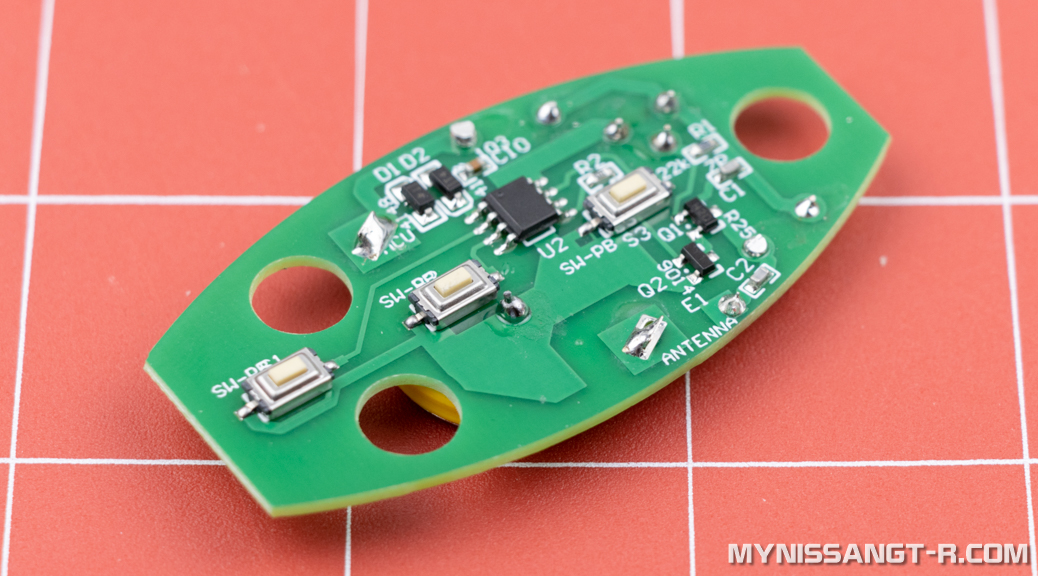 Replace the old battery pack with two new CR2016 batteries (with the positive side up) as shown.

TIP: We do not need to use this stacked/wrapped battery pack. We could just as easily stack two CR2016s on top of each other in there: 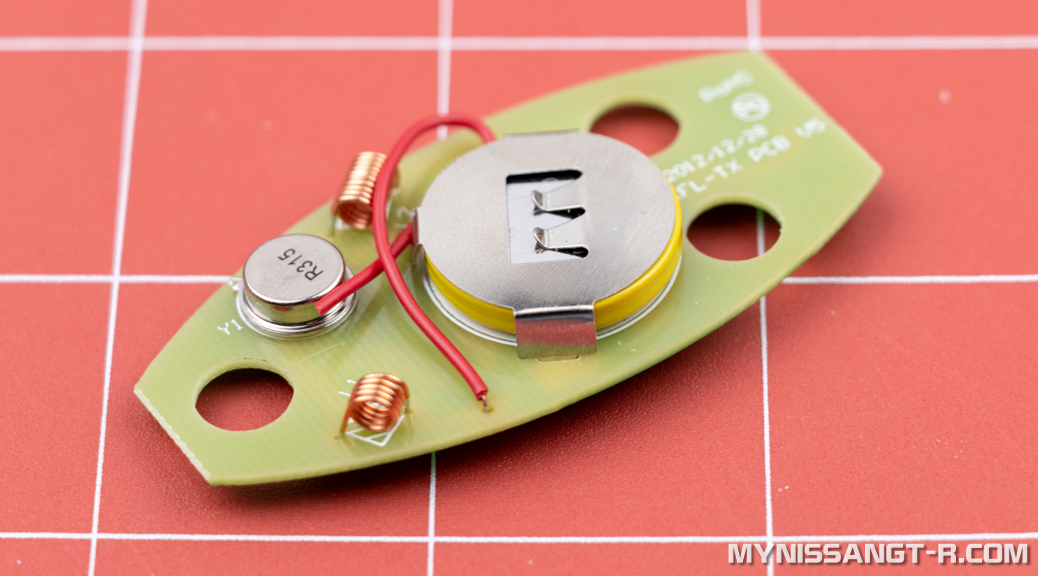 Replace the circuit board and close up the Key Controller with the same three screws:

This was a fun, yet frustrating pack to work on! I love the electronics and light sections of my builds, but the struggle with the broken battery terminal in the remote control almost had me ordering a replacement. Luckily, my fix worked perfectly and the lights work as expected. Keep all of these wiring assemblies safe for now as we won’t starting installing them until Pack 69.