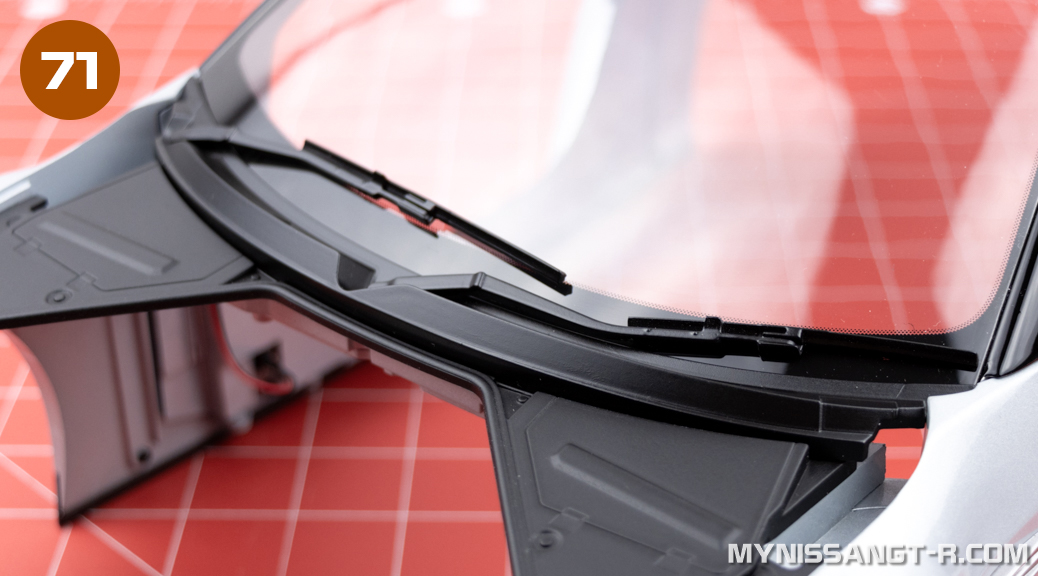 “In this [pack], you will assemble the Windshield Wipers and attach them to your NISSAN GT-R (R35) model.” The two Front Wipers are marked L and R for left and right: Secure both wipers to the base from below with two (2) IP screws: Retrieve your GT-R Body assembly. Fit the two posts of the Front Wiper Base assembly into the matching holes of the Front Body as shown. Once fully seated, the wipers should almost touch the Windshield: While holding this Front Wiper Base in place, secure it to the Front Body from below with two (2) GP screws: A few screws to put in and this pack is done! I think the packs in this issue are going to go by fast.