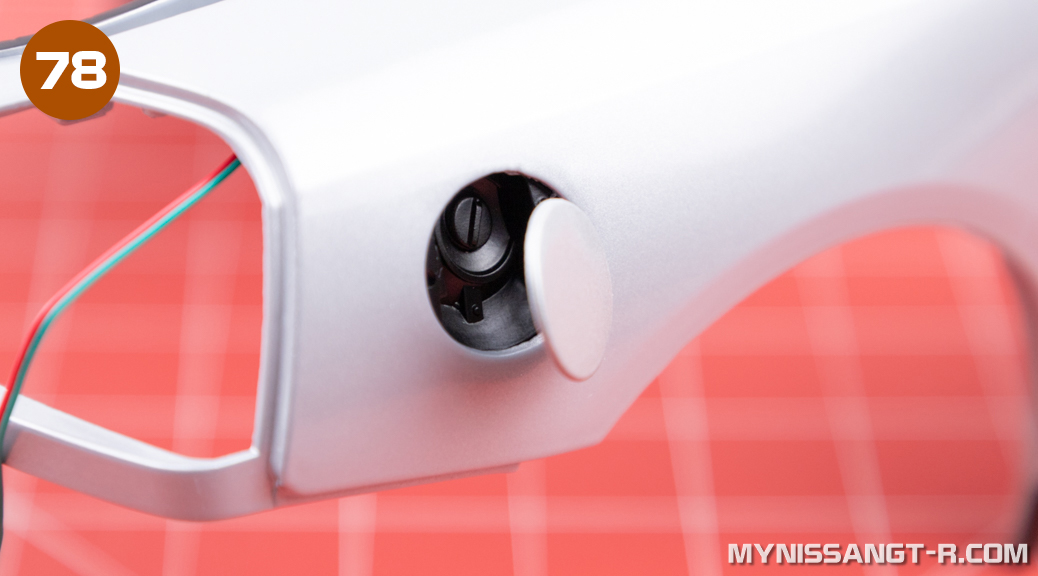 “Now you will attach the Fuel Filler Assembly to the Rear Body of your model.” NOTE: The parts list mentions that Lubricating Oil should be included in this pack, but there was no such thing in my parts bag.

Since Eaglemoss did not include any Lubricating Oil in this pack for me, I used my versatile 3-in-One Oil here instead: Apply additional Lubricating Oil to the front face of the Fuel Filler Neck hinge, as shown: This is your friendly reminder to try using 3-in-One Oil on all screws going into metal. Also, on my model, when these screws were fully tightened, the Fuel Filler Flap hinge was too stiff. This meant the Door Opening Tool (from the previous pack) could not pull the magnet inside the Fuel Filler Flap open. I needed to loosen both screws up a bit to allow the tool to work correctly: Same thing here. If this screw is too tight, you will not be able to pop the Fuel Filler Flap open with the Door Opening Tool. Loosen it as needed: Retrieve your Door Opening Tool from the previous pack. Use the magnet on the end to pull the Fuel Filler Flap open a little. Then, you can use your fingers to open it the rest of the way.

There is a small circle of soft black felt stuck on the end of this tool so it won’t scratch your model’s paint: I am not sure where the Lubricating Oil in this pack went, but there were no tears in my parts bag and no evidence it ever existed. Just make sure you lubricate the fuel flap hinge with something so it does not bind up as time goes on. This Body assembly should be stored somewhere safe as it will not be needed again until Pack 82 (in Issue 21).