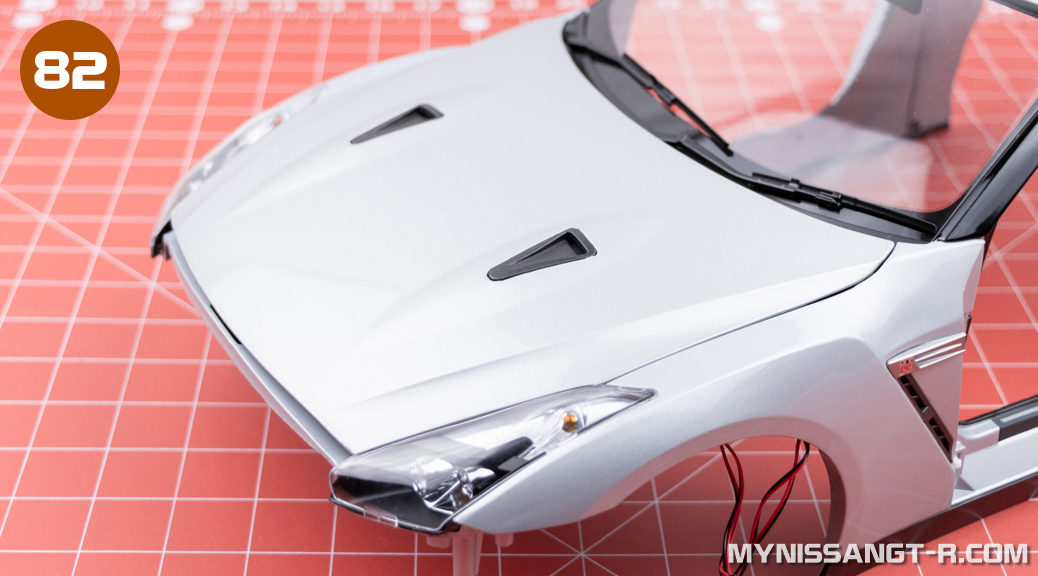 “Now you will assemble the Right Hood Hinge and attach it to the Hood of your model.”

This pack will be almost identical to the previous one, so I will not go into as much detail here. 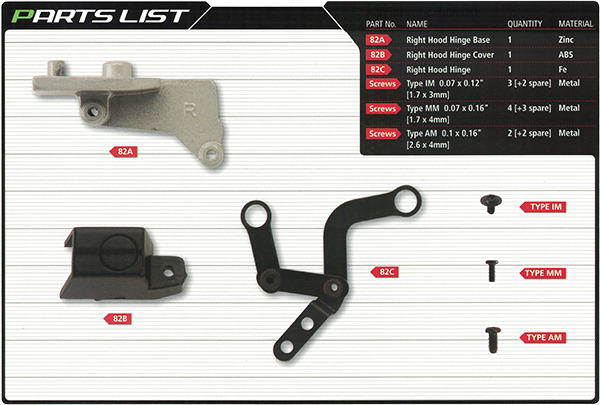 The two riveted joints are movable and you will likely need to rotate them a little to get the eyelets to fit over these posts: 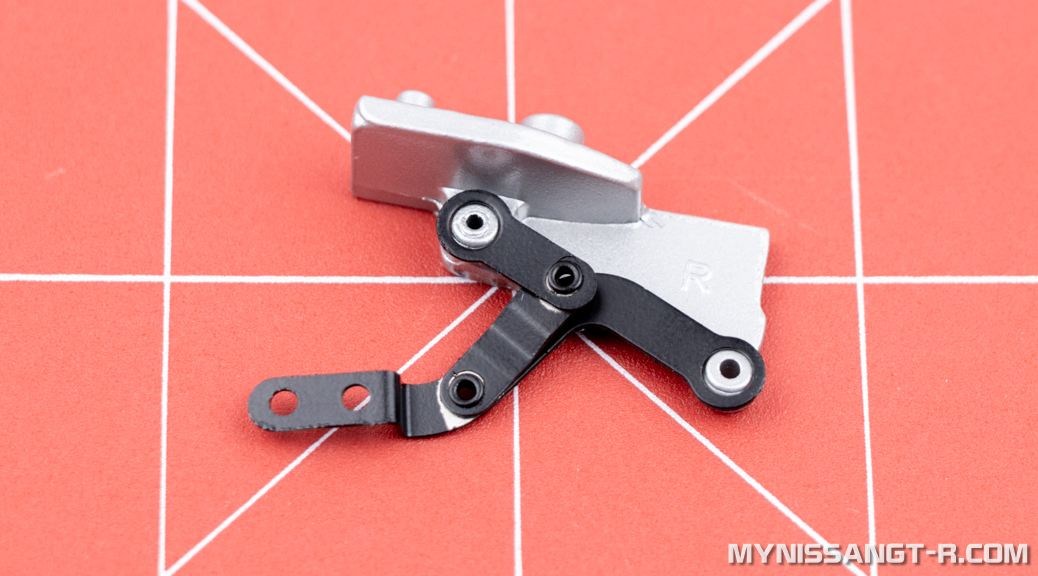 Secure these parts together with two (2) IM screws.

I was able to tighten these screws fully and the hinge still operated correctly. This is also your friendly reminder to try using 3-in-One Oil on all screws going into metal: 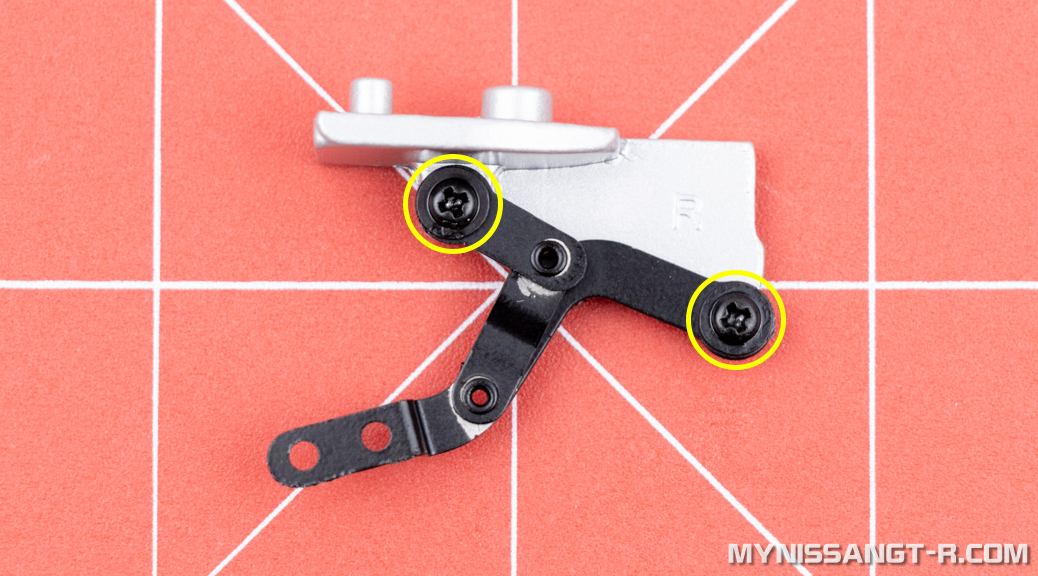 Retrieve your Hood assembly from the previous pack. Line up the tab of the Right Hood Hinge (with the two holes) to these matching holes on the right side of the Hood and secure them together with two (2) MM screws, as shown.

While you are tightening these two screws, keep slight pressure on the tab of the Hinge towards the Hood (yellow arrow below). Later on, this will help make the Hood sit flush to the front fenders: 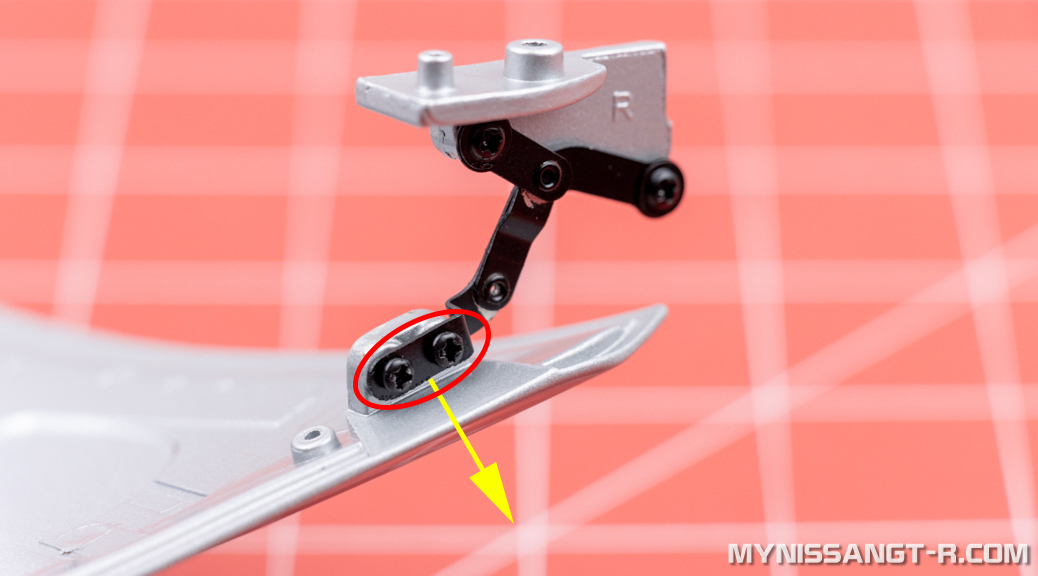 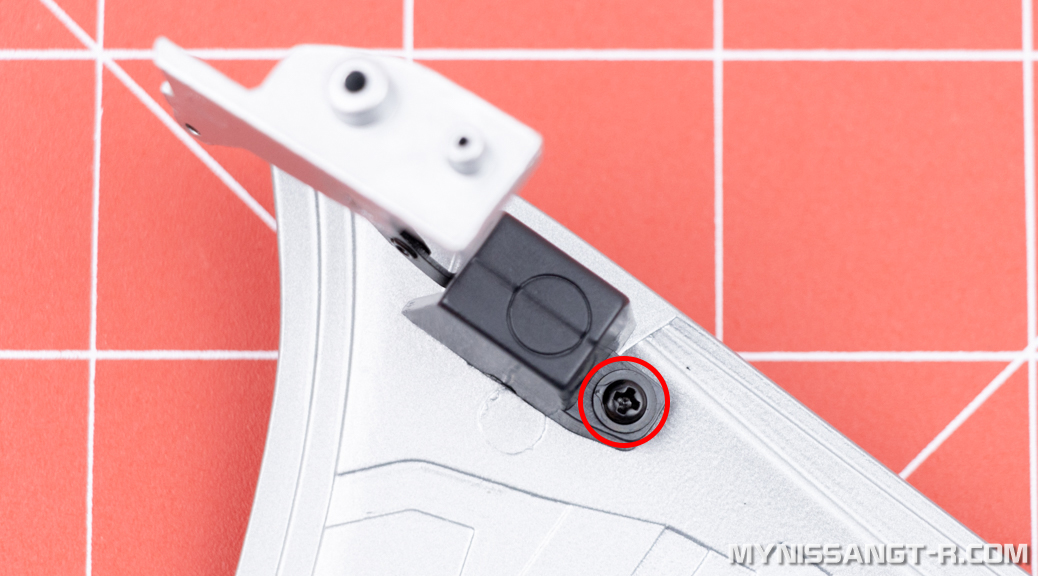 Retrieve the Body assembly of your GT-R. Fit the two posts of each Hood Hinge Base down into the matching recesses of these openings in front of the Windshield: 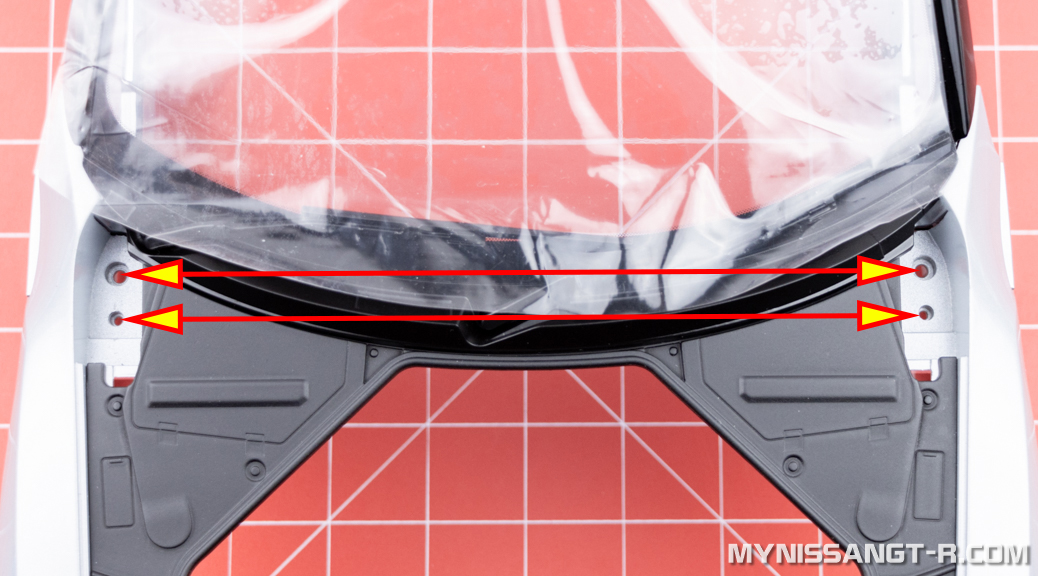 If you fold both Hood Hinges to the ‘closed’ position like this, it may help you install them into the Body: 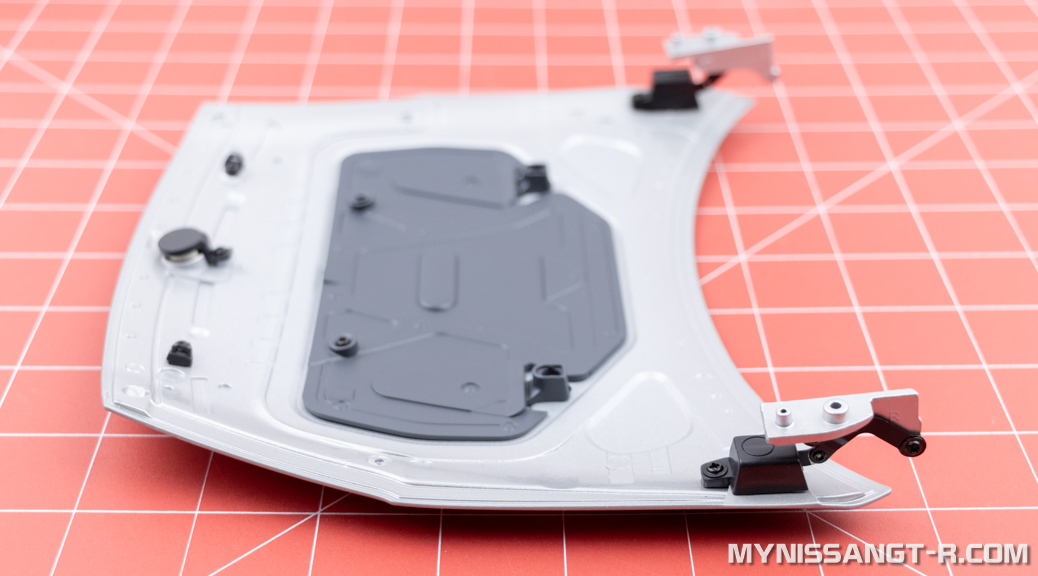 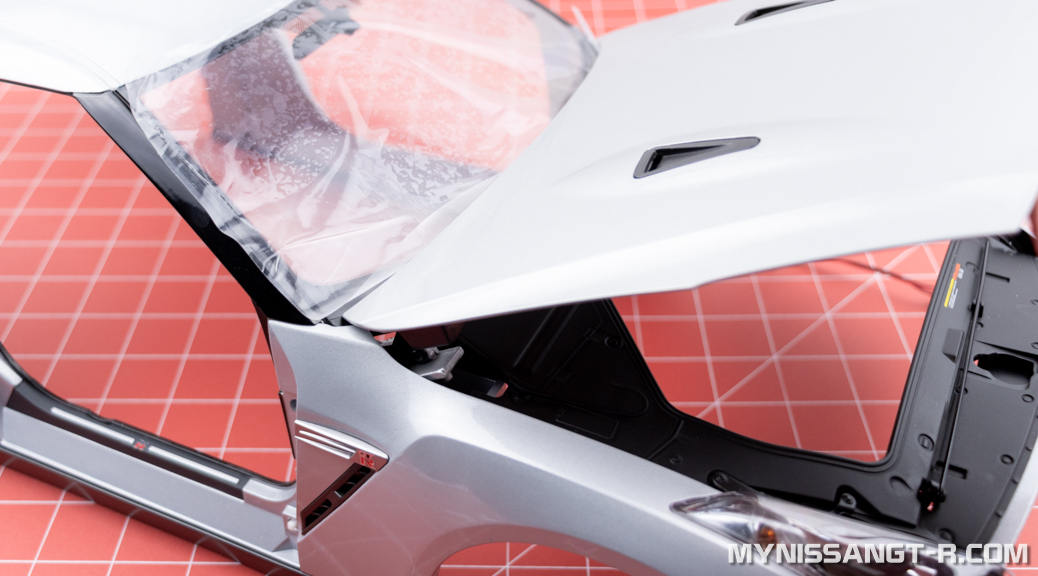 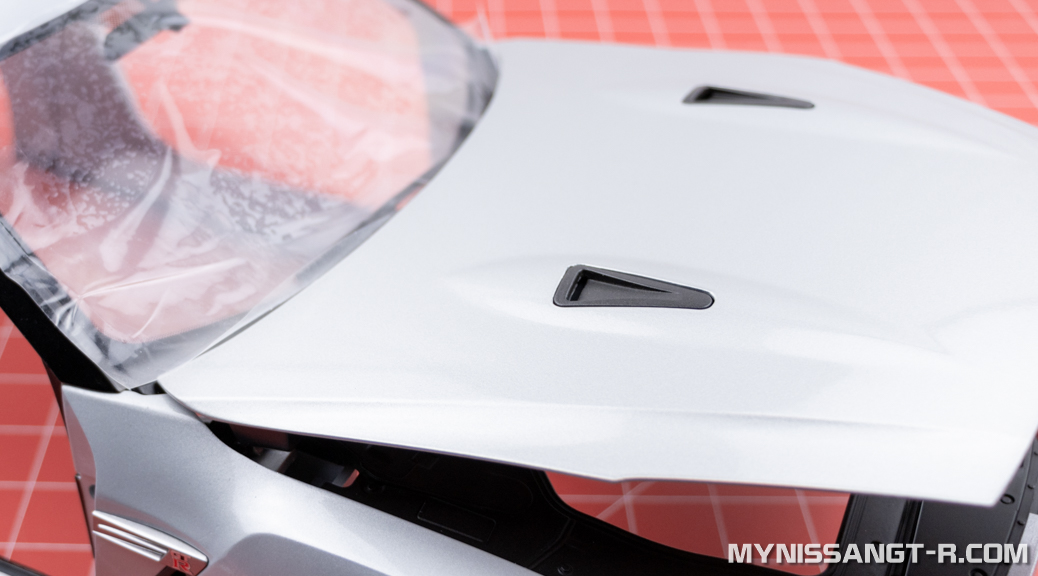 Once these Hinges were in place correctly, I temporarily secured the Hood down with low-tack painter’s tape to keep it closed: 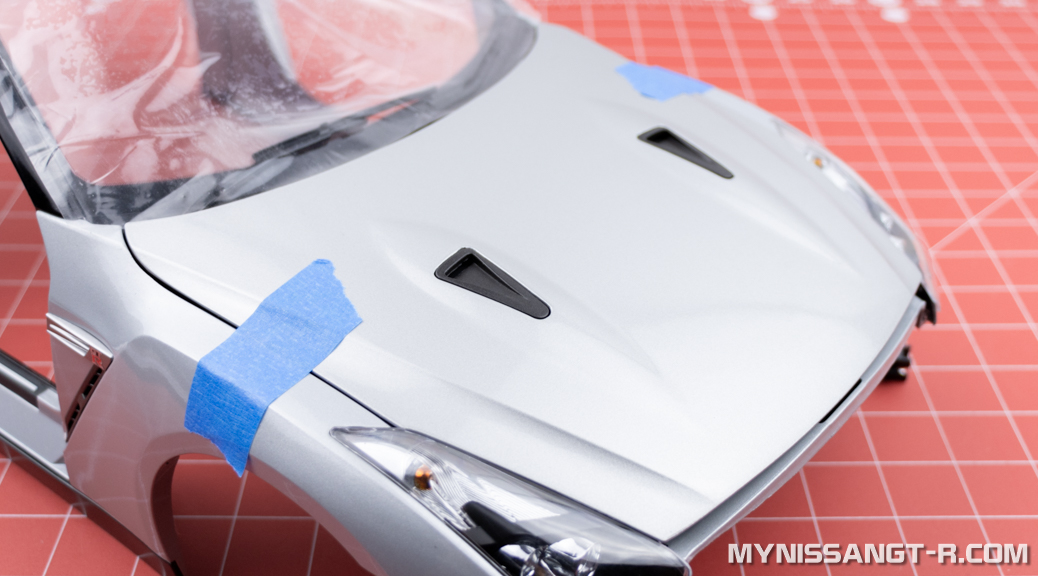 While holding the Hood in place, turn the entire Body assembly over. Secure the rear of each Hood Hinge Base to the Front Body with two (2) AM screws (one on each side), as shown. 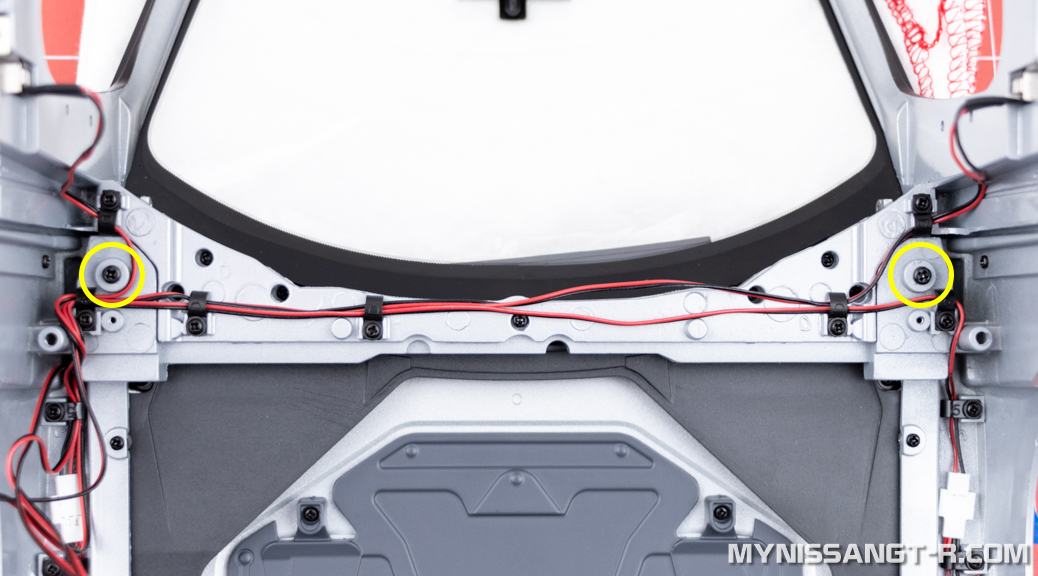 Secure the front of each Hood Hinge Base to the Front Body with two (2) MM screws (one on each side), as shown: 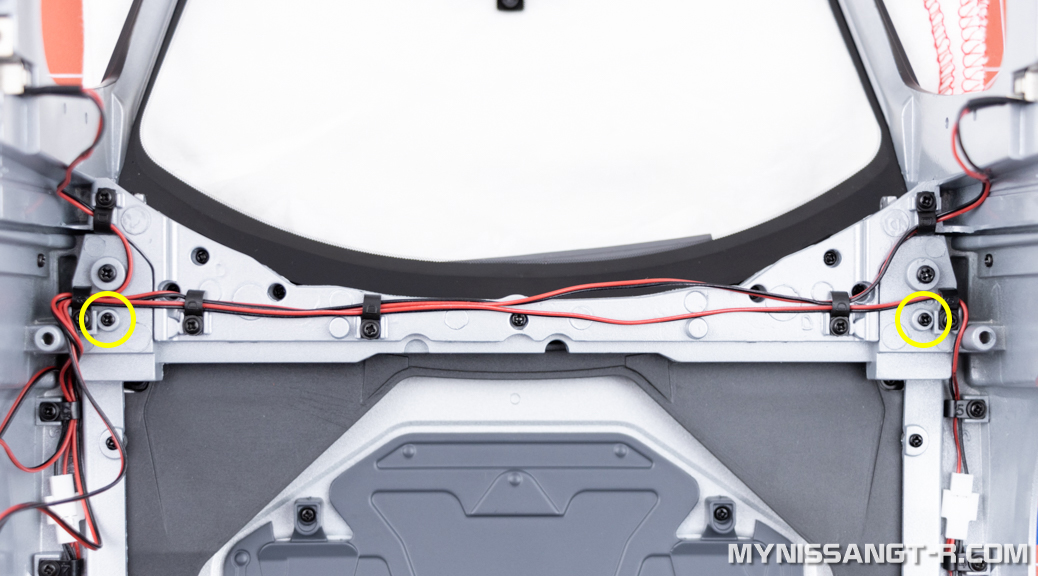 That step completes this pack. We should now be able to open and close the Hood, propping it open with the Hood Stand: 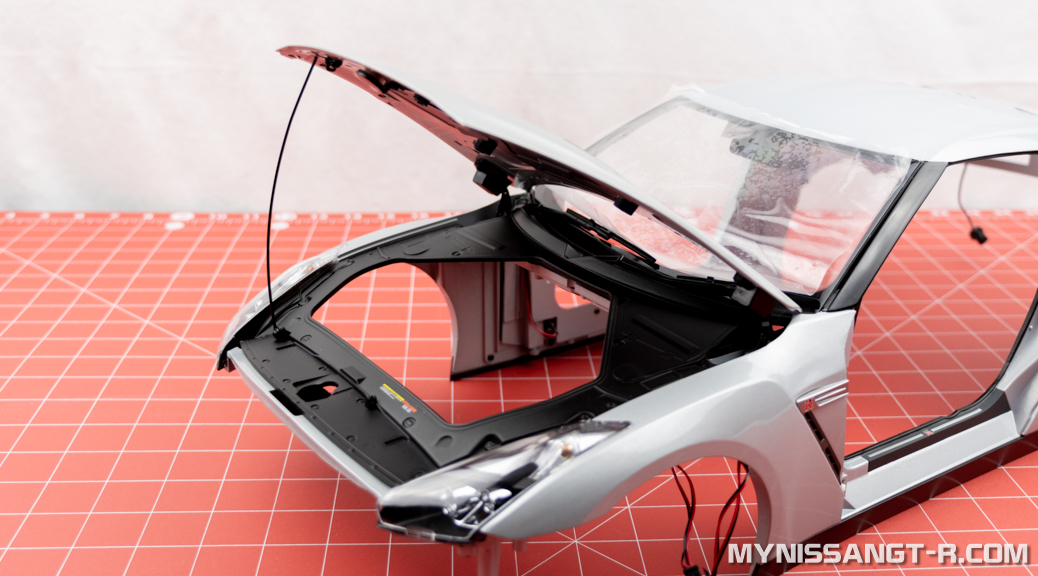 There is a small hole in the Hood for the end of this Hood Stand to fit into, but it requires putting a LOT of bend into the stand wire. When you rotate the Hood Stand vertical, it does not come anywhere close to the Hood, so this appears to be the only way to prop it open: 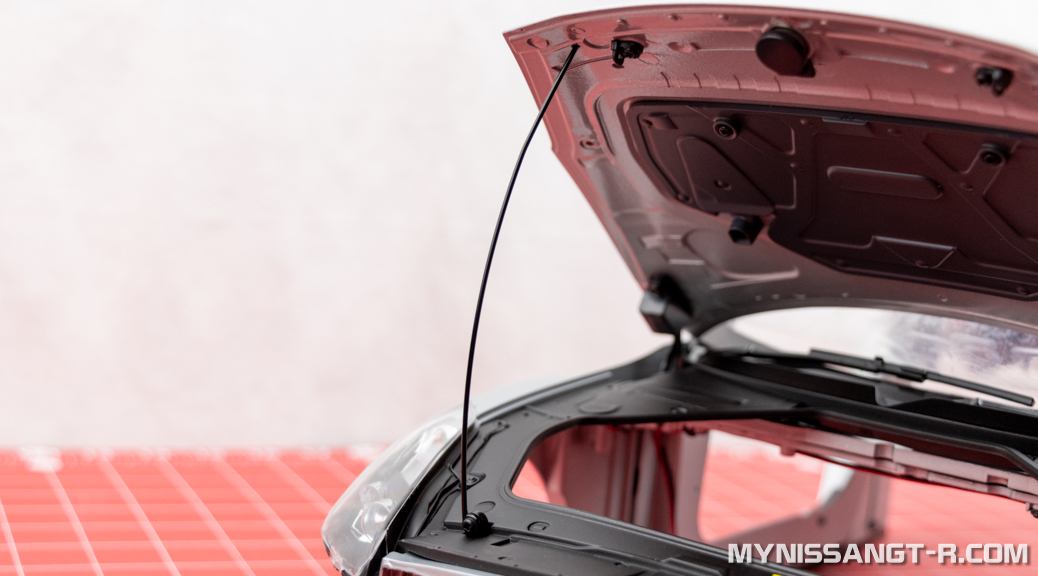 It takes some patience and effort to get the Hood Hinges to sit flat down into the recesses. They like to squirm around. Now that my Hood is installed, I noticed it rubs against the edges of the Headlight housings. I hope this either fixes itself or can be adjusted down the road. I probably will not be opening the Hood all that much anyway…