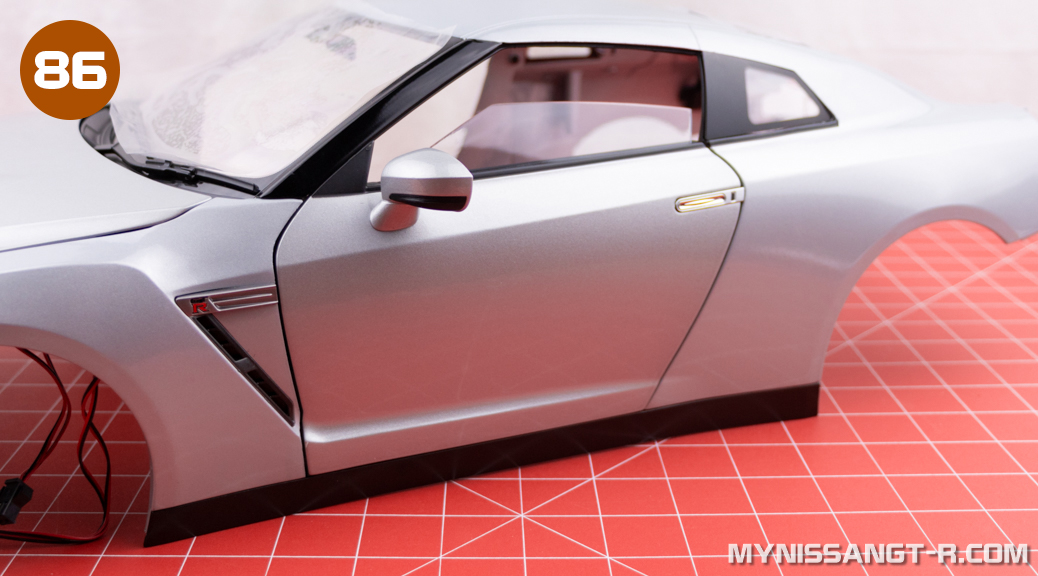 This pack will easily be the most complex of this issue, so I will do my best to explain it. 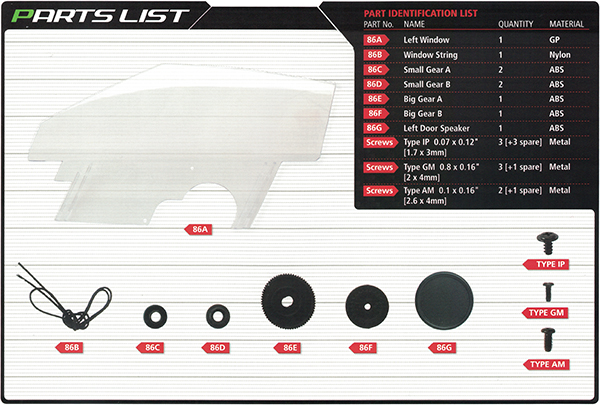 Press one Small Gear A into Small Gear B, facing the narrower internal rings together as shown.

The instructions say these are press-fit, but they do not stay together on their own. They will be secured soon: 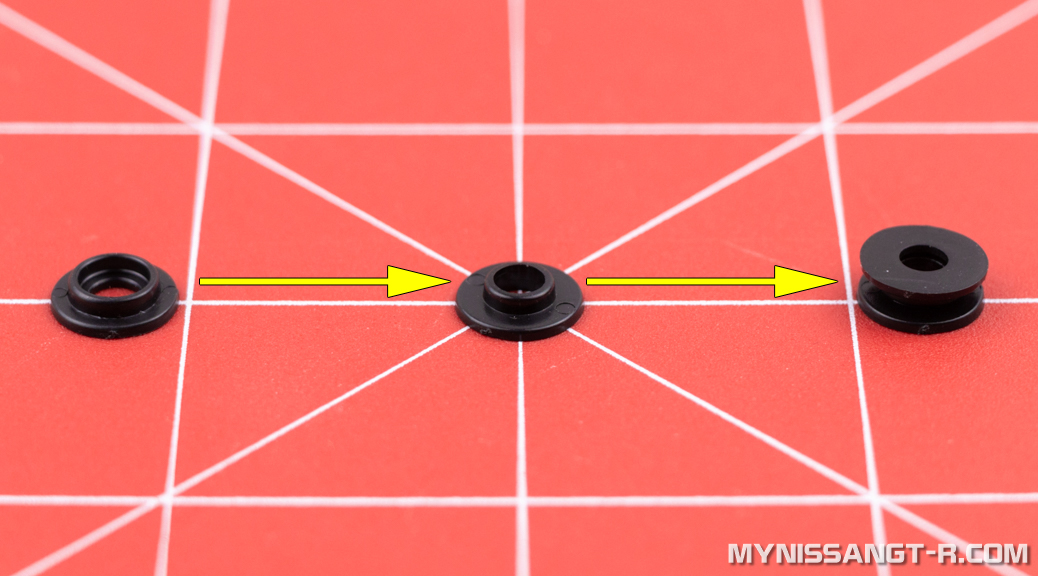 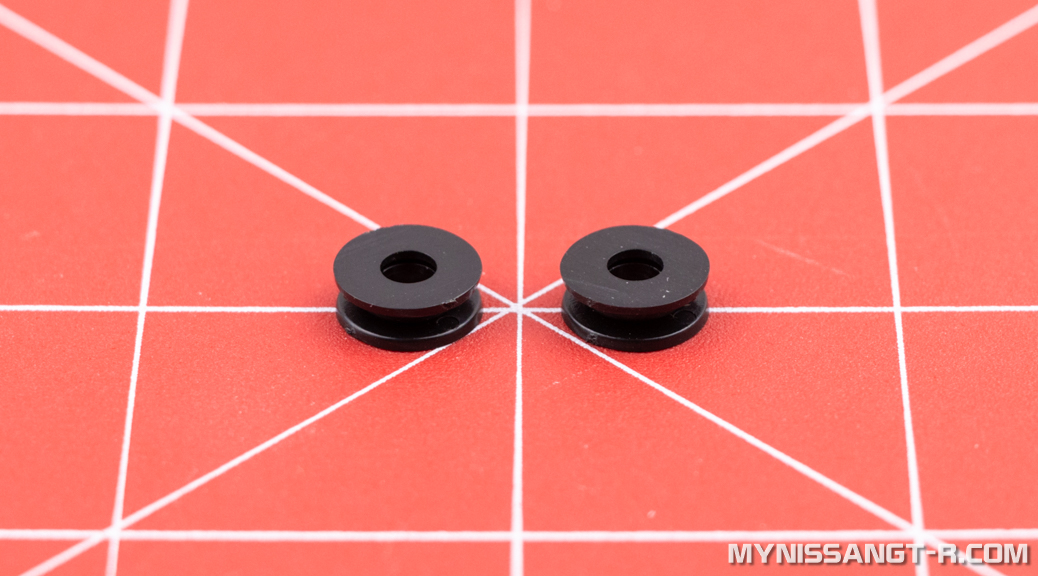 The instructions also say this is a press-fit, but I did not want the Window String getting caught between them, so I glued them together: 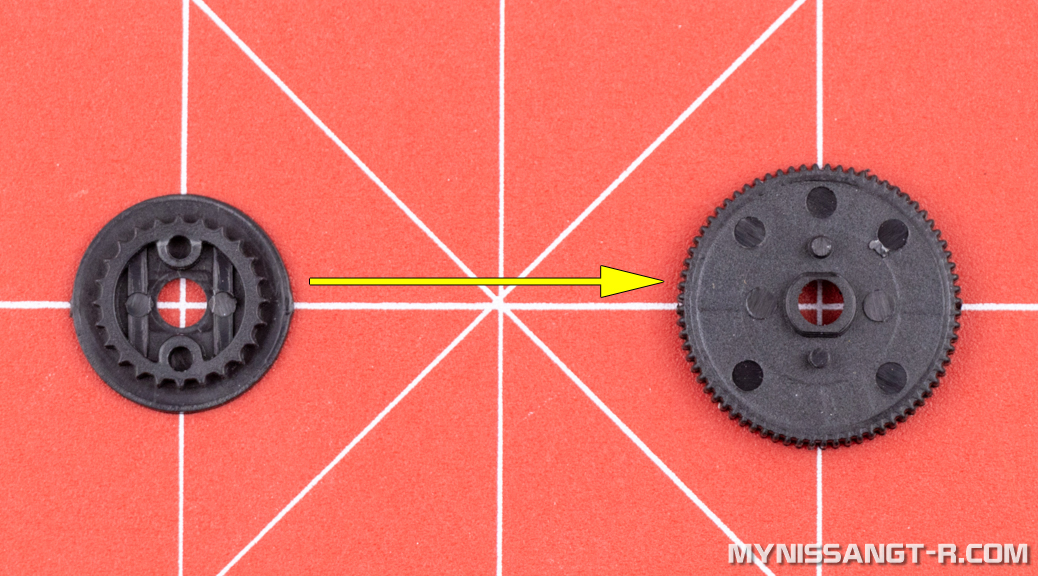 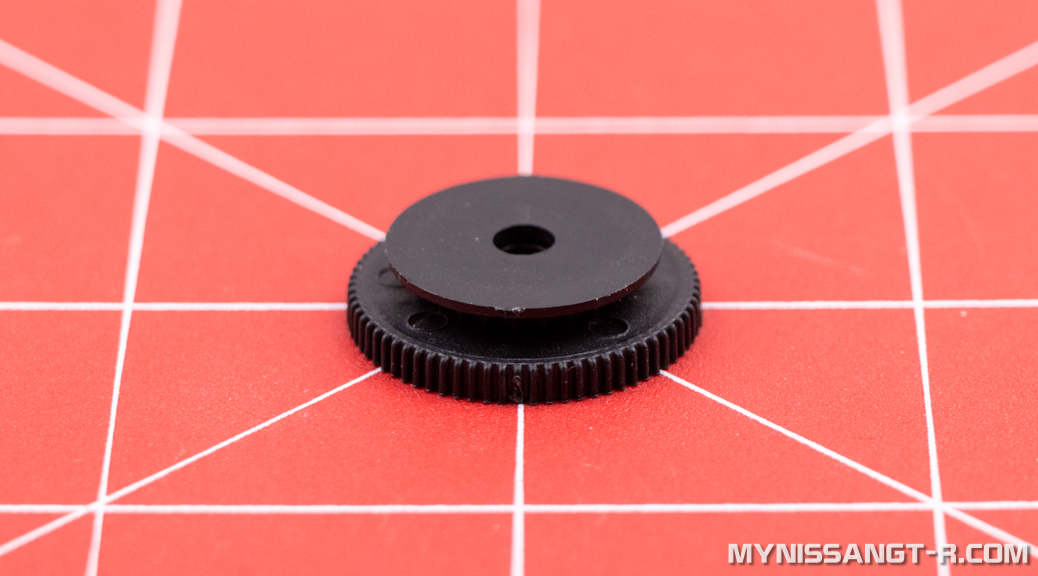 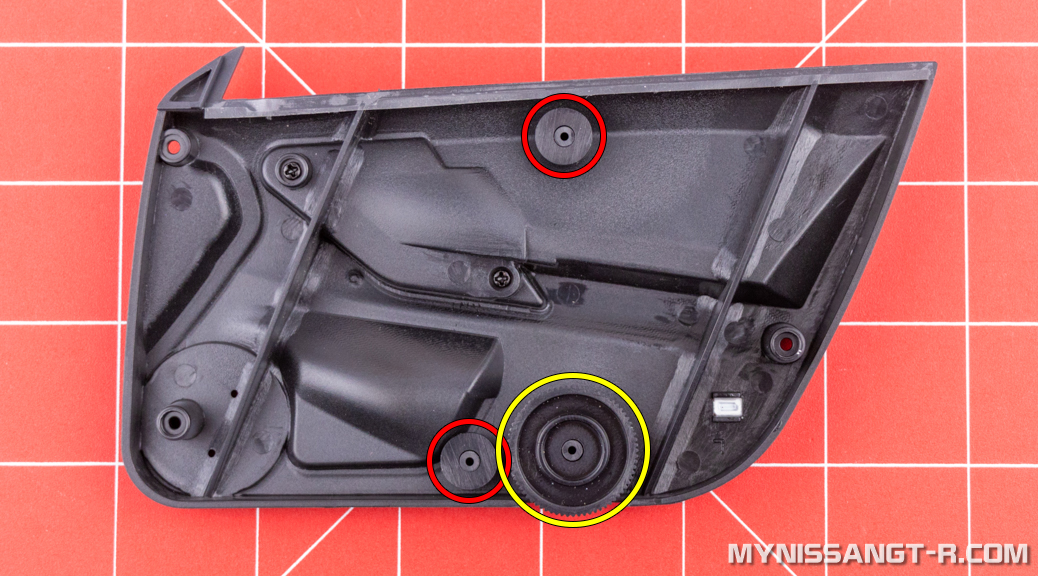 Secure all three Gear assemblies to the Left Door Panel with three (3) IP screws, one for each as shown.

Do not over-tighten these screws – these gears need to be able to rotate: 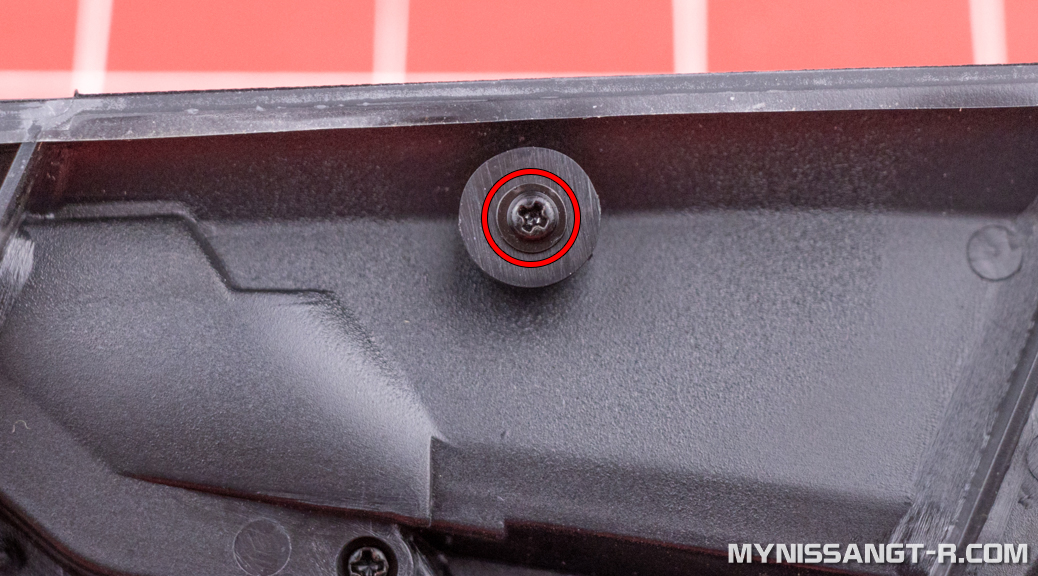 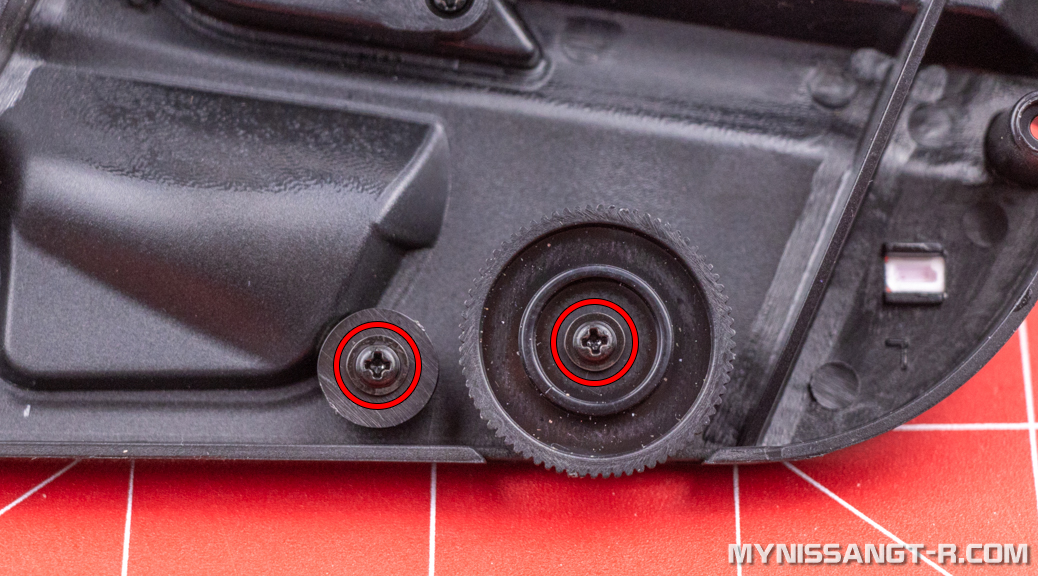 Tie a knot at one end of the Window String, then feed the free end down through this lower hole of the Left Window, as shown: 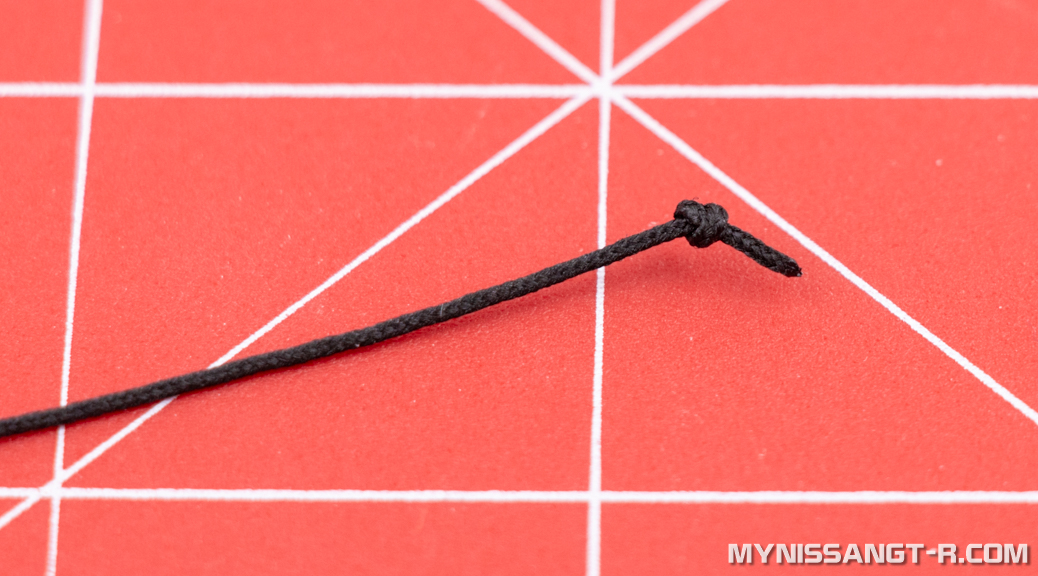 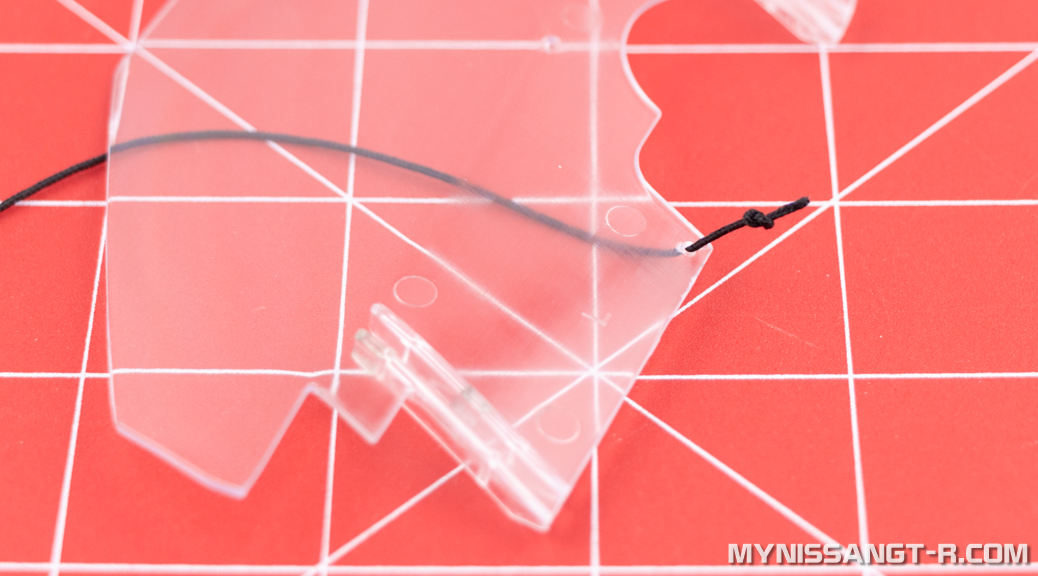 Next, feed the free end of the Window String back up through this upper hole of the Left Window, as shown: 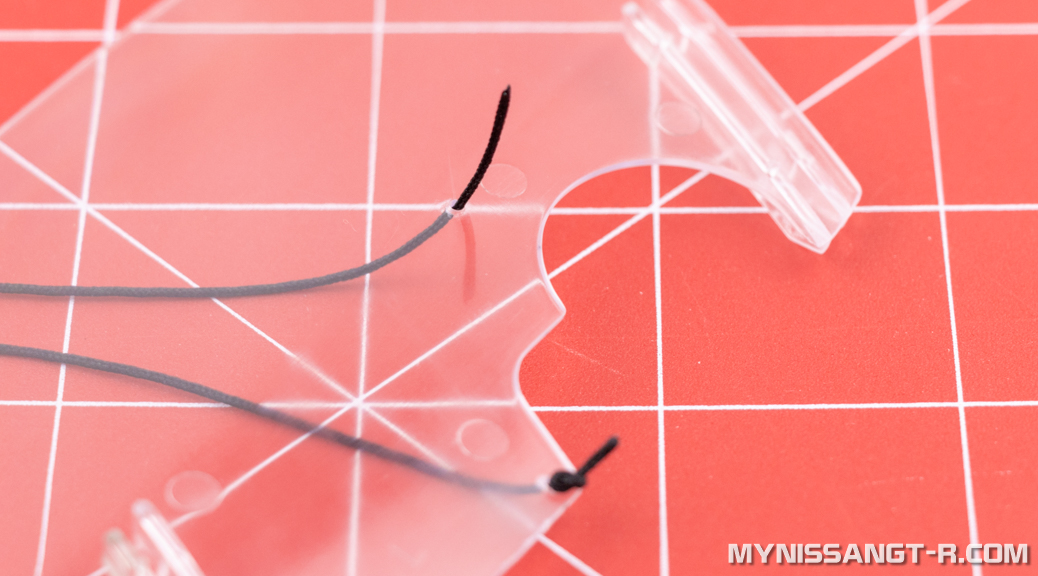 Then, tie another knot near this free end of the Window String, as shown: 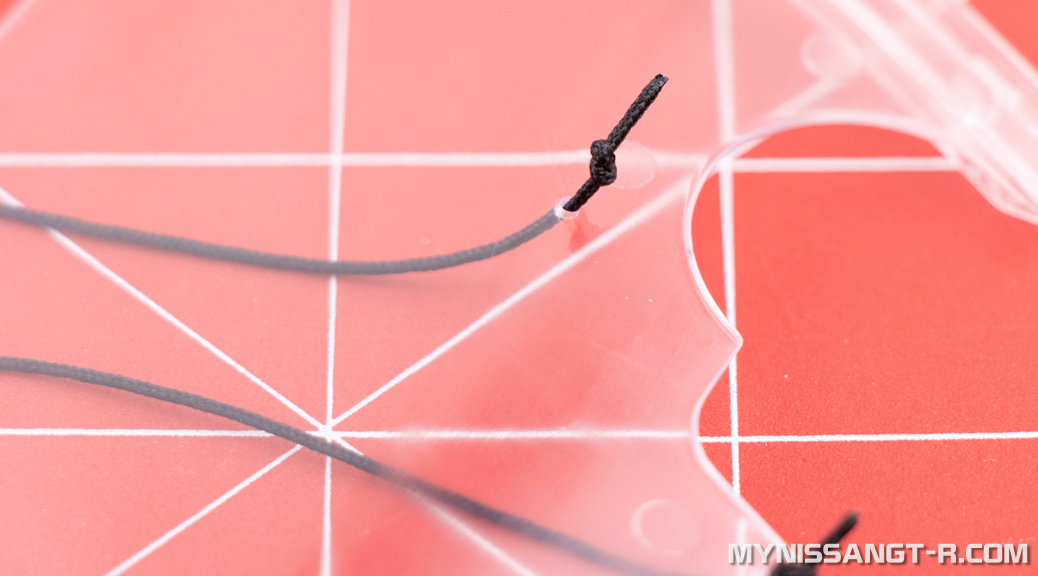 Bring this Window/String assembly to the Left Door Panel and guide the Window String around the two Small Gears. 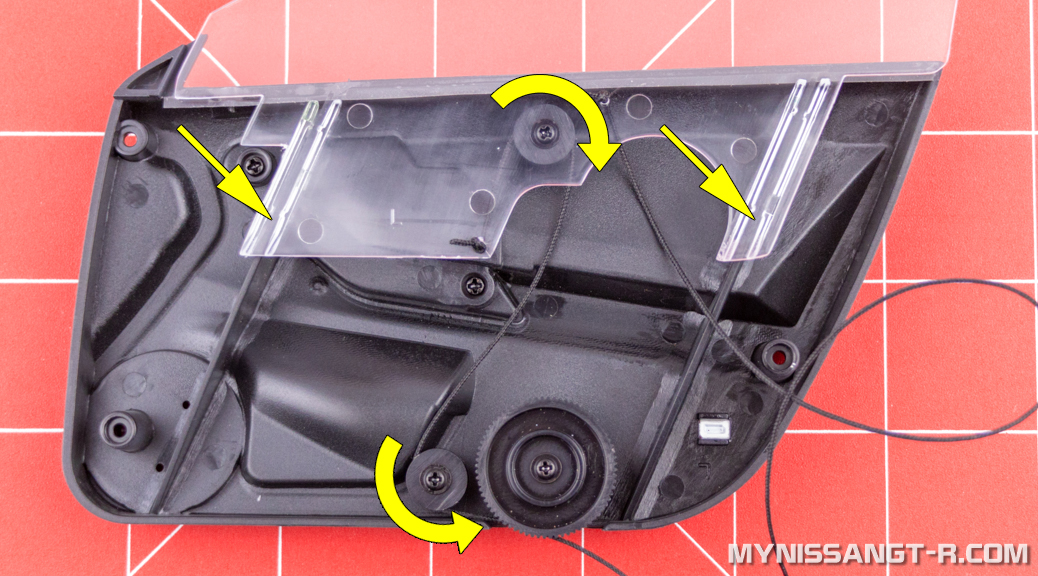 Next, wrap the Window String twice counterclockwise around the smaller, inner part of the Big Gear, as shown: 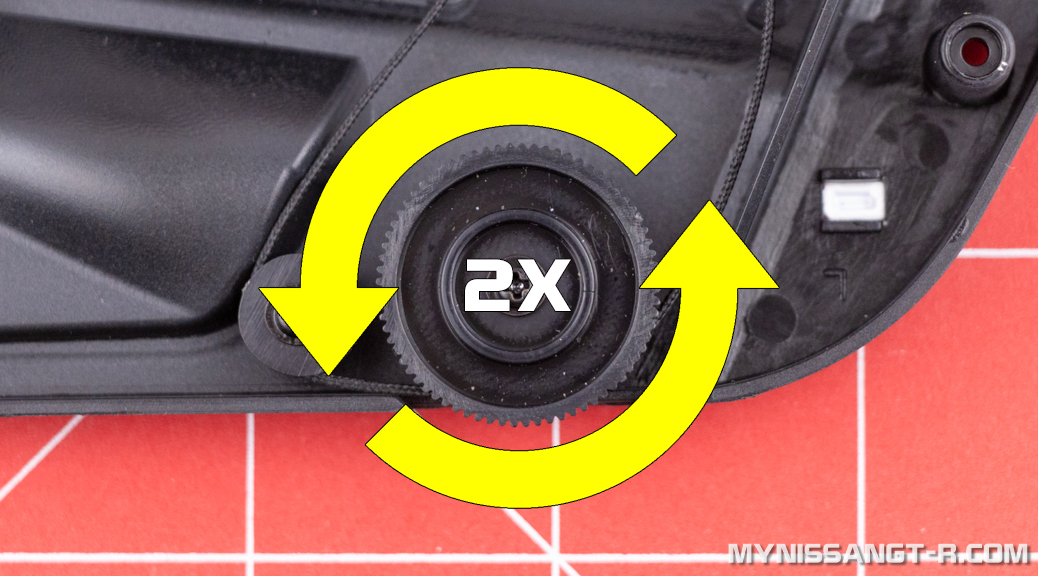 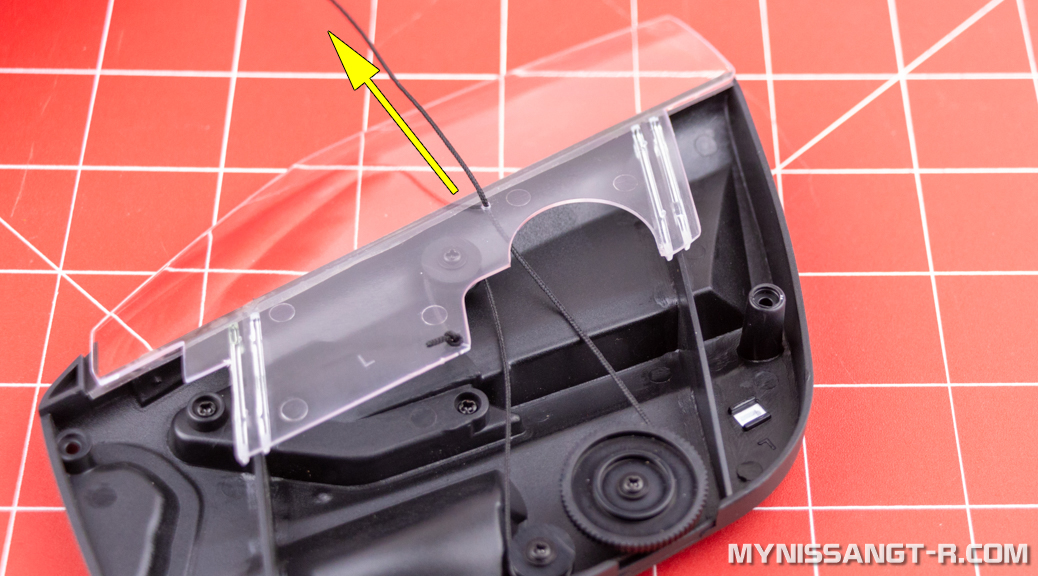 Finally, tie two knots in the Window String as close to the window as possible, as shown: 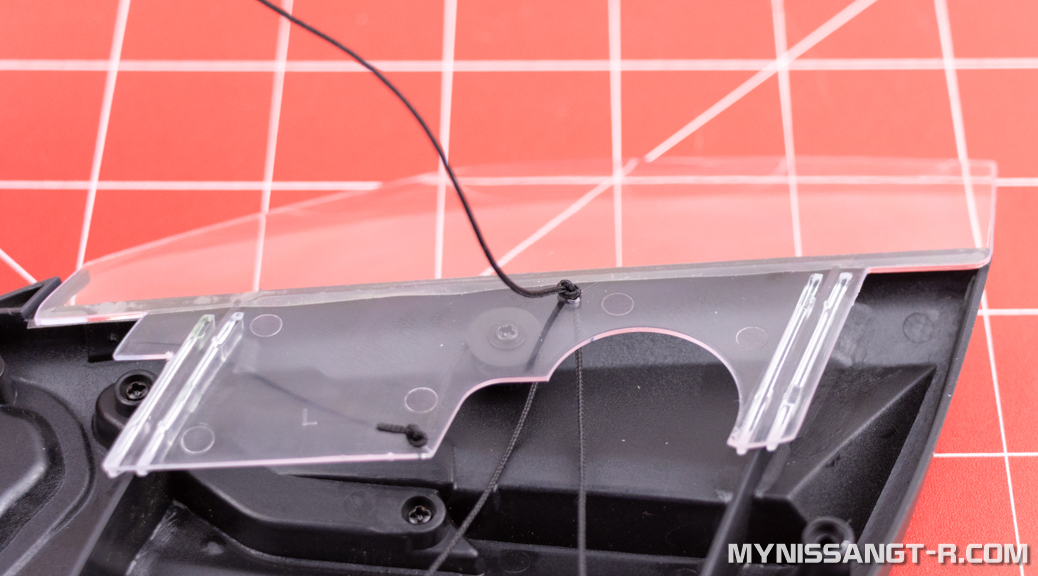 You should be able to now test the window winding mechanism by using your thumb to gently rotate the Big Gear near the bottom of the Left Door Panel. Rotate it in both directions to roll the window up and down: 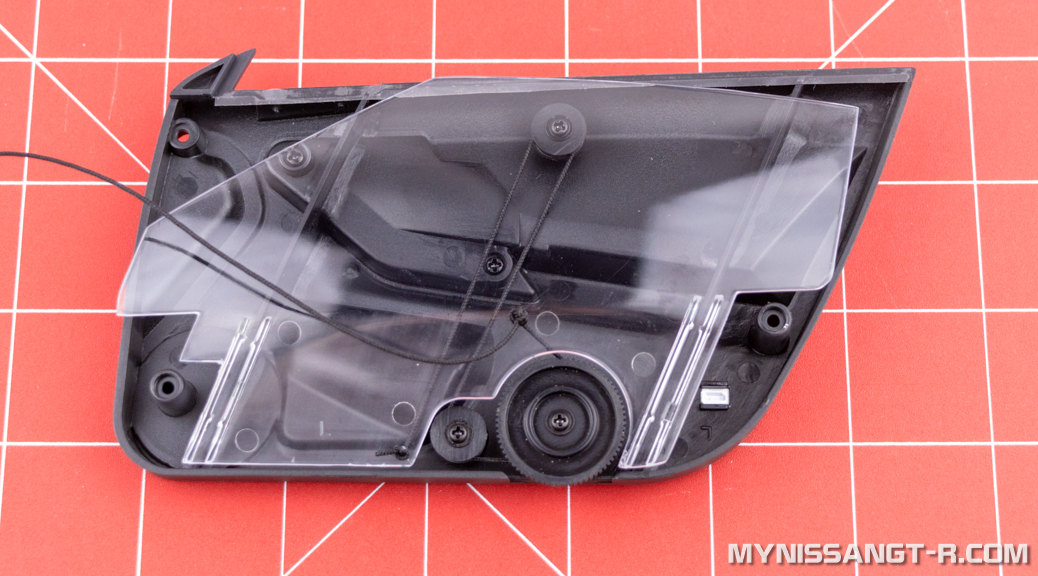 To make sure the leftover Window String did not get caught up in the door, I cut the excess off: 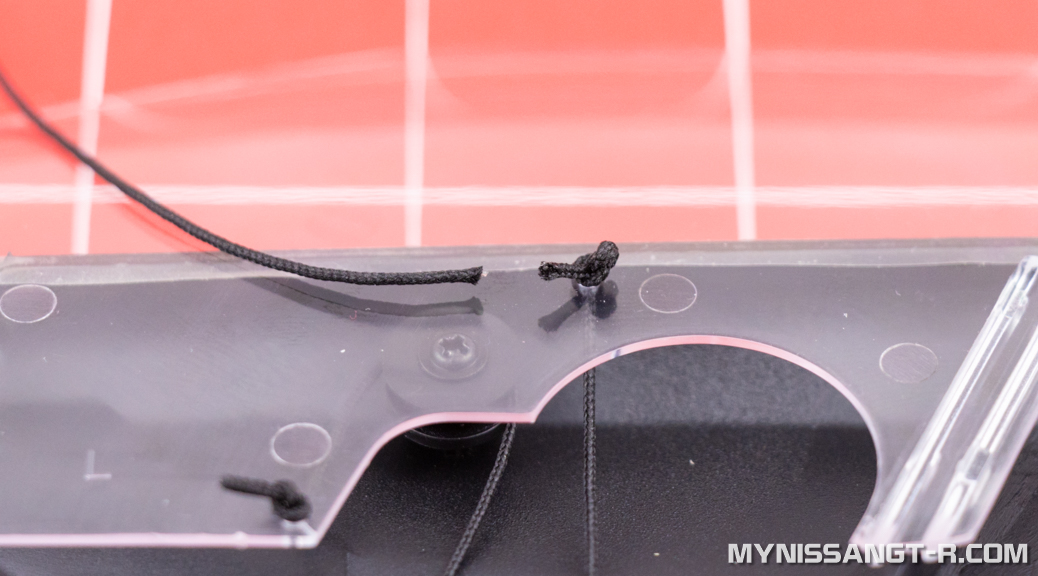 Retrieve your Left Door assembly from Pack 84. Fit the completed Left Door Panel/Window assembly to the Left Door as shown, aligning it to the three posts inside the door: 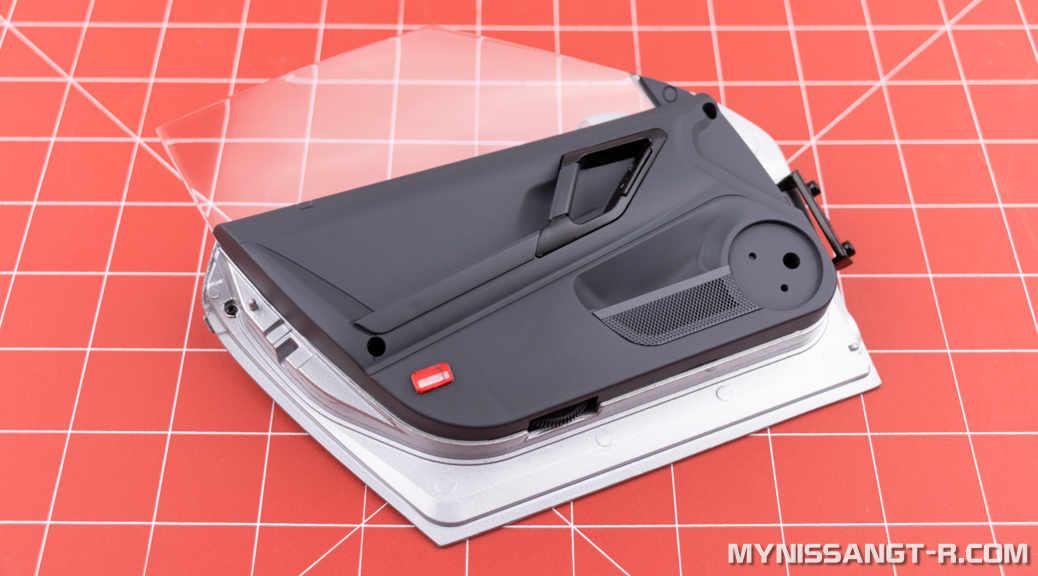 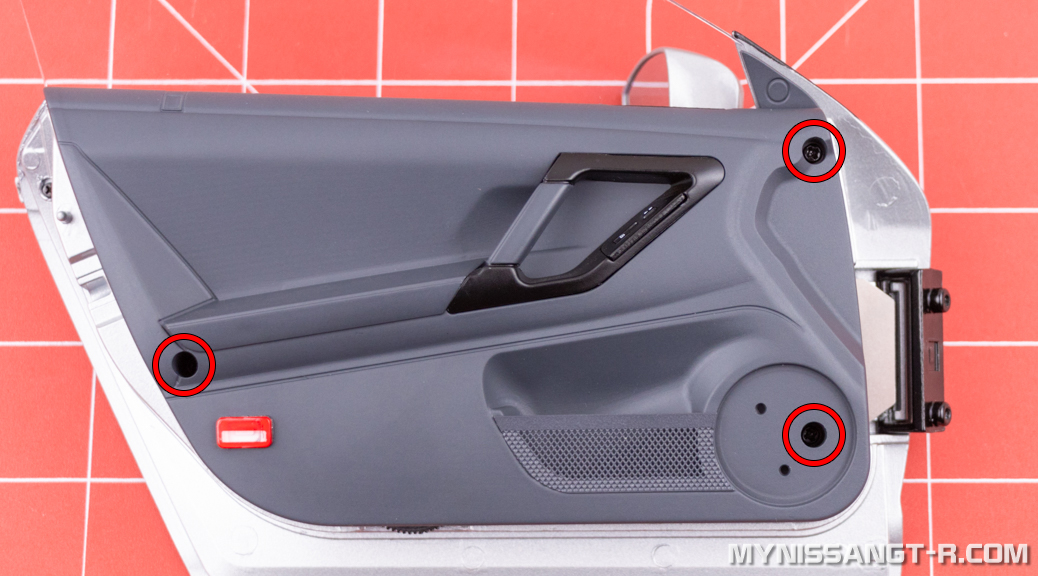 Make sure the window winding mechanism works as expected, then push the two pins of the Left Door Speaker into this matching location on the Left Door Panel.

Check your window mechanism still works by turning the Big Gear exposed at the bottom of the door: 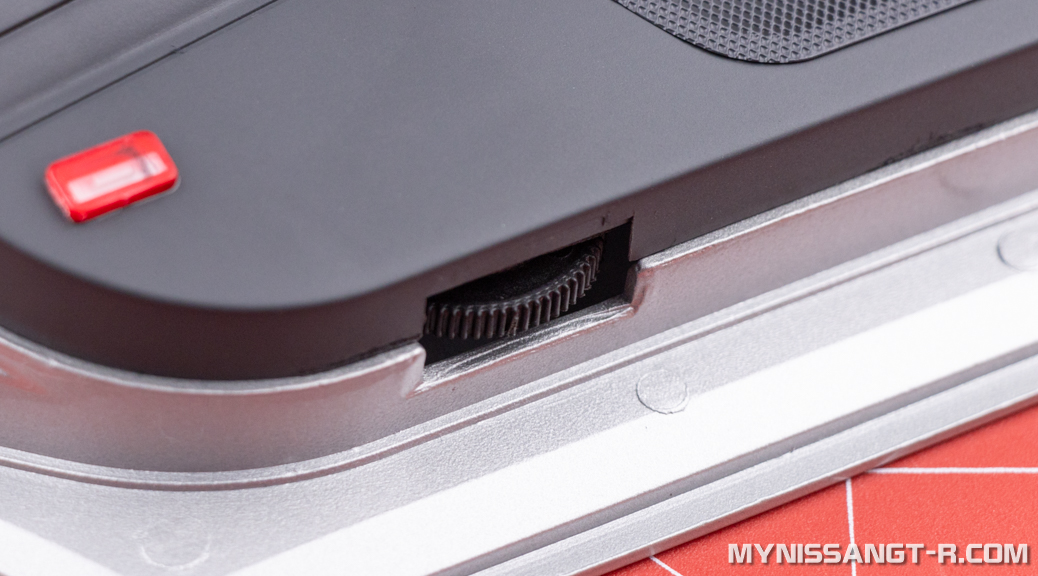 Once this speaker is installed, it will be very difficult to remove. That is why we want to make sure the window winding works first: 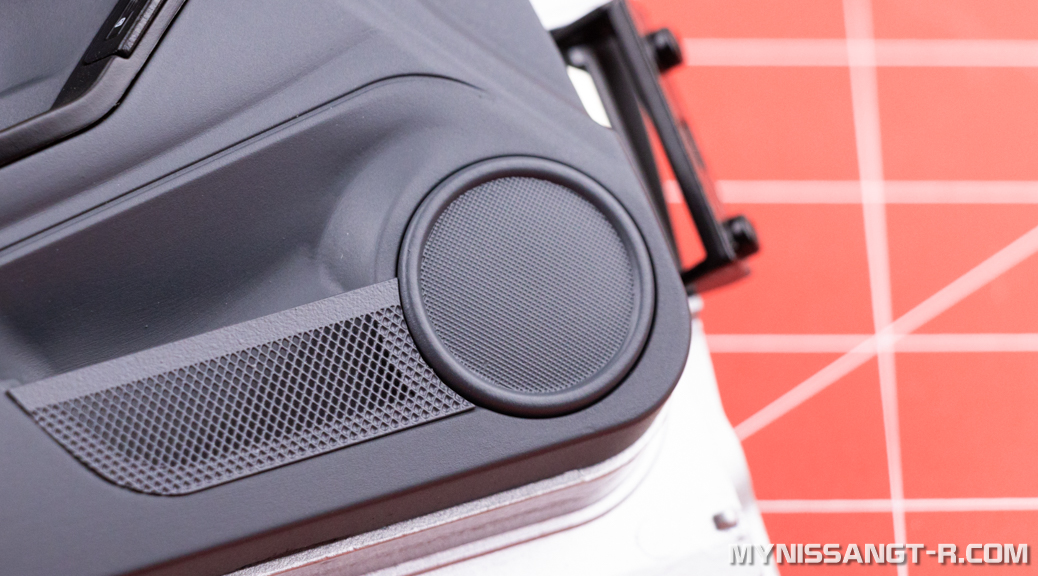 Retrieve your Body assembly last worked on in Pack 82. Fit the two hinge posts of this Left Door assembly to this matching location at the front of the left-side door opening.

To make fitting the Left Door to the Body a little easier, I rolled the window all the way down and rotated the Hinge as shown first: 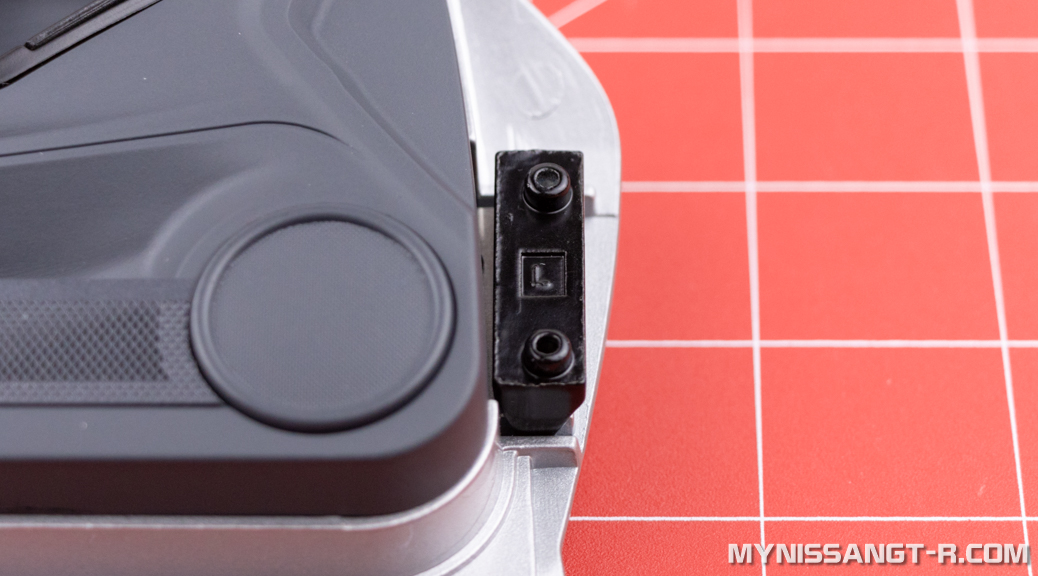 This helped fitting the Left Door to the Car Body, as shown: 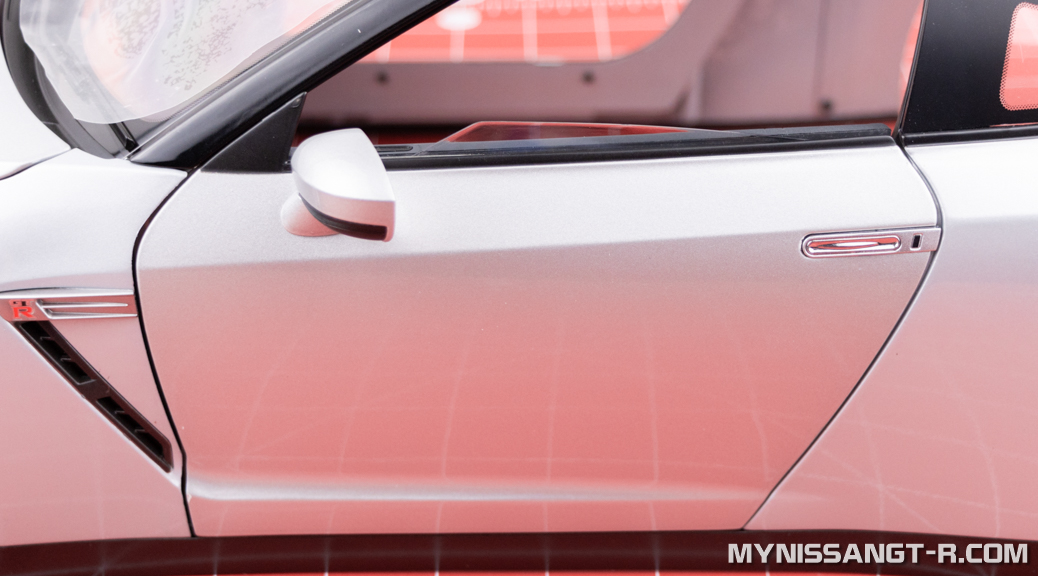 While holding the Left Door in place, carefully turn everything upside-down on a soft cloth. From inside the Body, secure the Left Door into place with two (2) AM screws.

I used a few pieces of painter’s tape to hold the door in place temporarily before turning the car over: 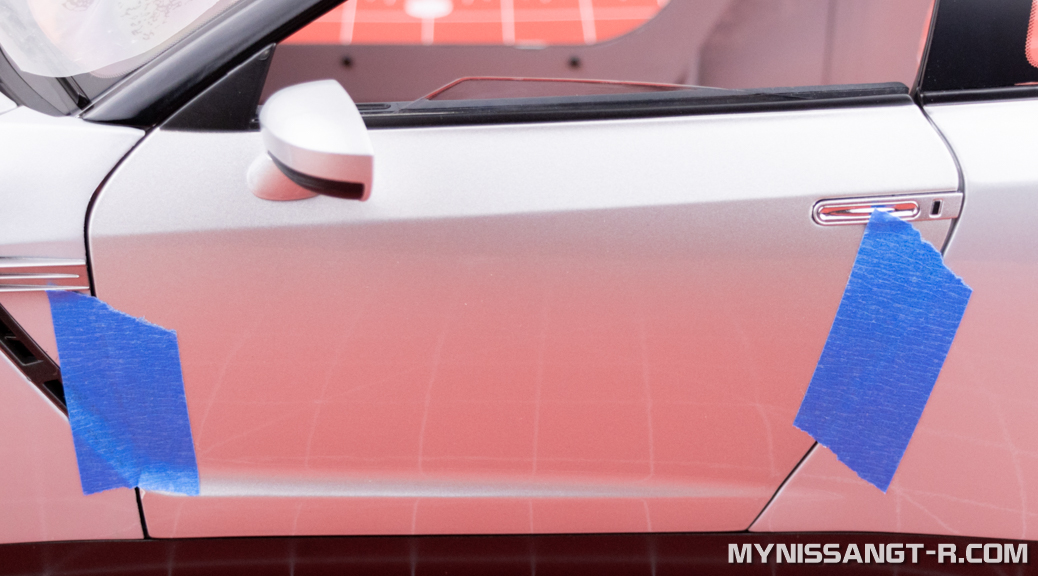 Then, I could turn the entire car over and secure the AM screws as directed without worrying about the door moving out of place: 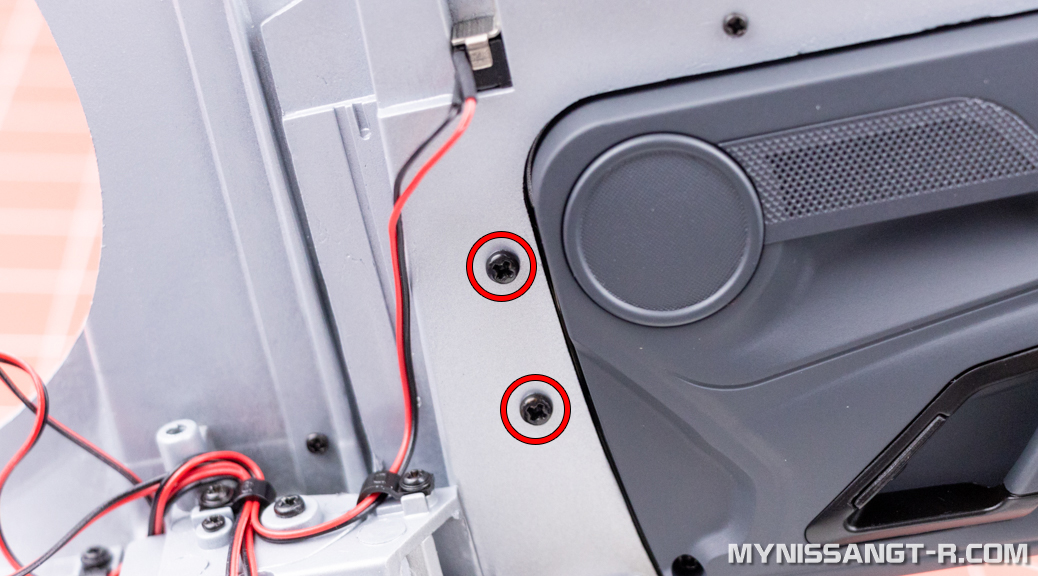 With the Left Door now attached to the Body, make sure you can open and close it as expected. You will need the Door Opening Tool: 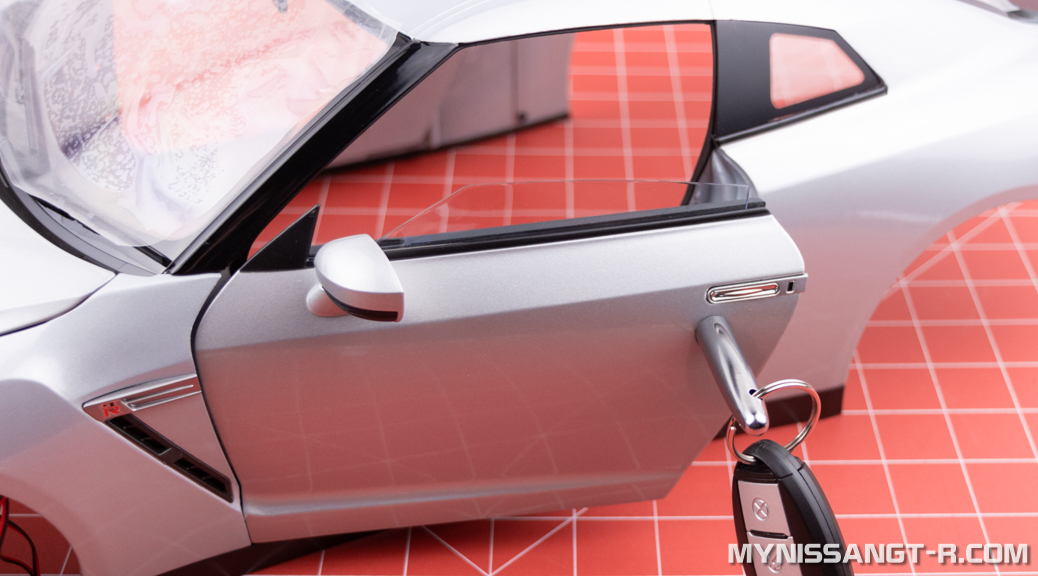 We are making good progress on completing the body of our NISSAN GT-R (R35)! It is ironic that the window winding mechanism was the craziest part of this pack, but is also the most realistic to how real electric windows operate. On a separate note, I can’t tell if it my eyes but the color of this Left Door does not quite match the Car Body. In some light, it matches, and in others, it seems a bit off. Either way, I am happy to be building again!