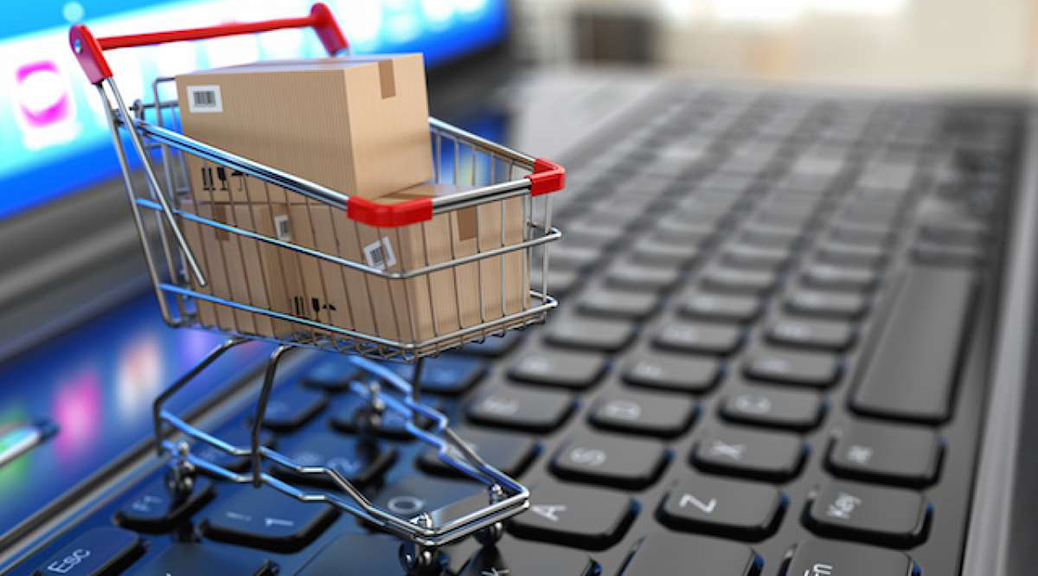 I have had many visitors ask about the tools and supplies that I use to build my partworks, so I have created a ‘Shop‘ over at my main build site with Amazon links to most of the items I have used along the way. All proceeds go towards supporting my site costs, not for profit. I hope you all find this helpful!

If you want to build this specific partwork, check out the Eaglemoss 1:8 scale Nissan GT-R (R35) 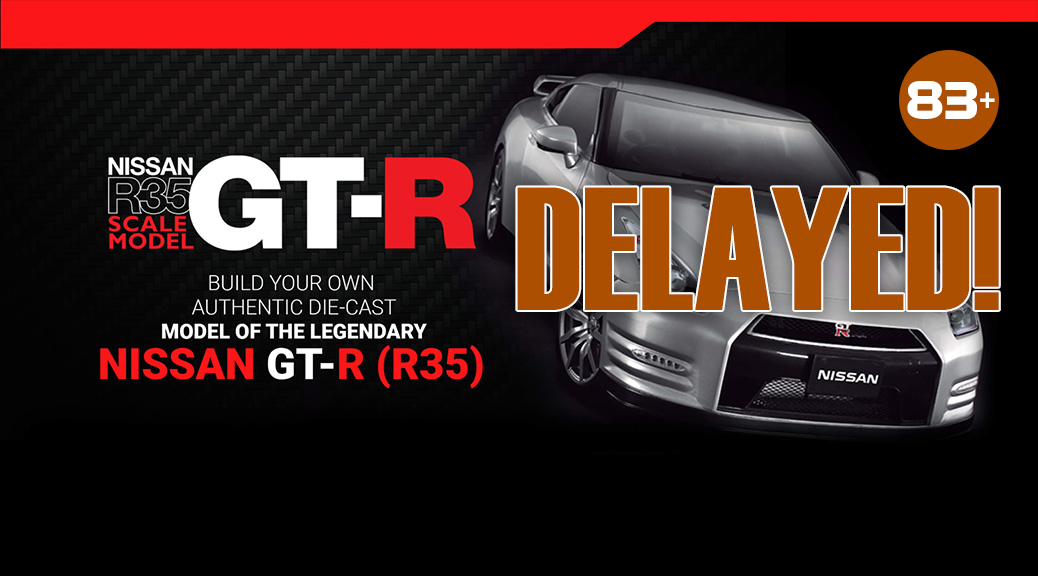 Another delay has befallen our Eaglemoss 1:8 scale Nissan GT-R (R35)

partwork build. My last shipment was received back in December and Customer Service told me last week that Pack 86 (in Issue 22) is out-of-stock with no ETA. This is holding up Issue I hope we can continue this build soon! 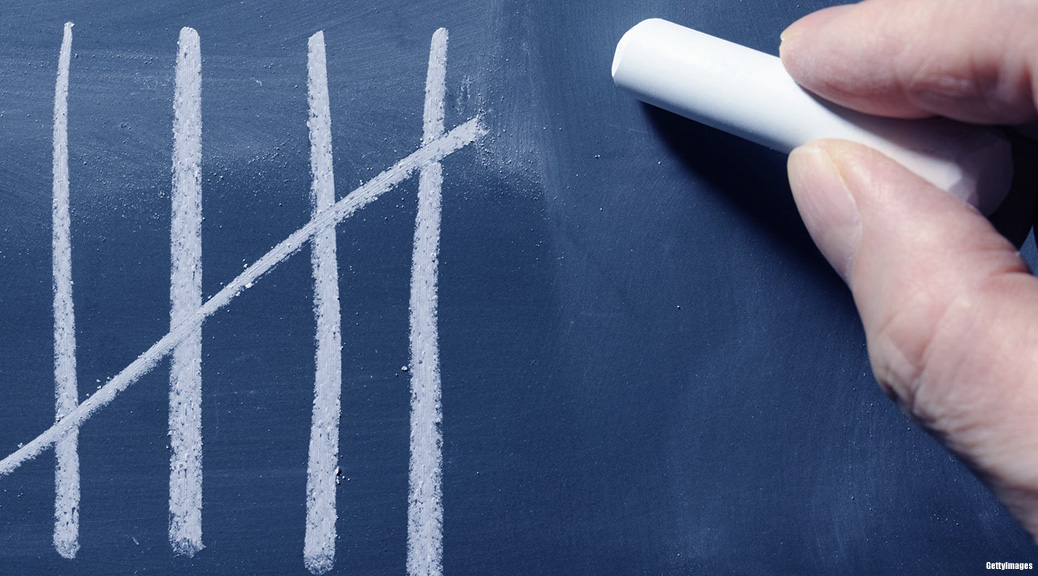 partwork build-up consists of hundreds of parts, but there are even more screws! I have put a small page together that lists the number of parts and screws in each pack as well as running totals for the entire build. Check out The Parts! 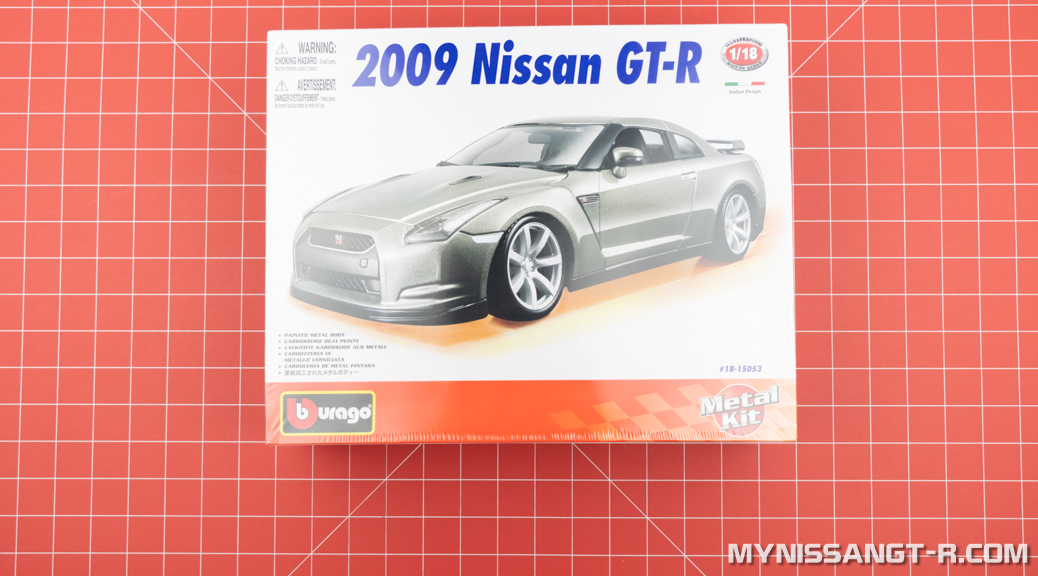 I got an interesting surprise in the mail a few days ago. Eaglemoss sent me this Burago 1:18 scale die-cast model kit of a 2009 Nissan GT-R: 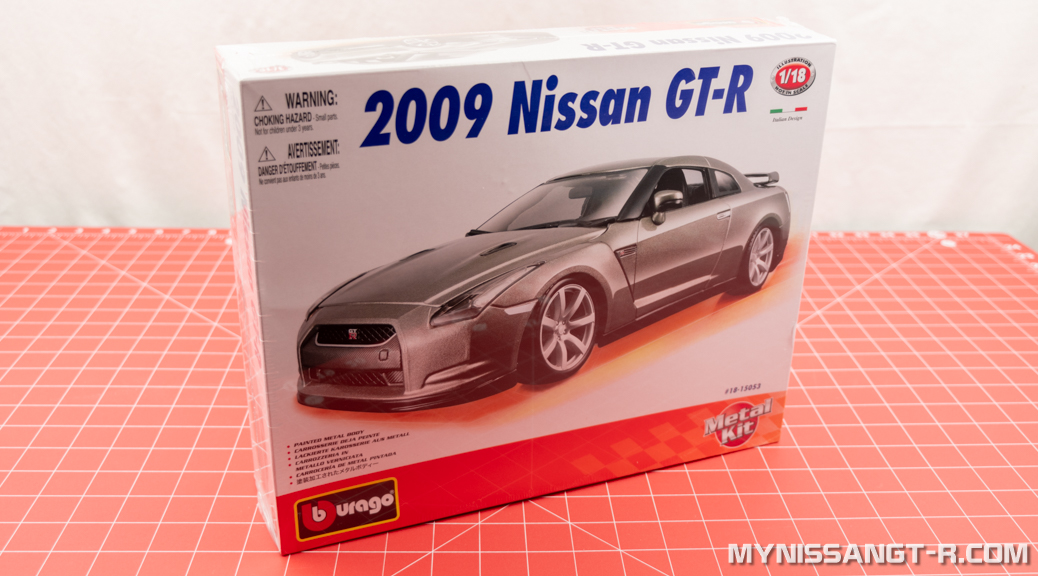 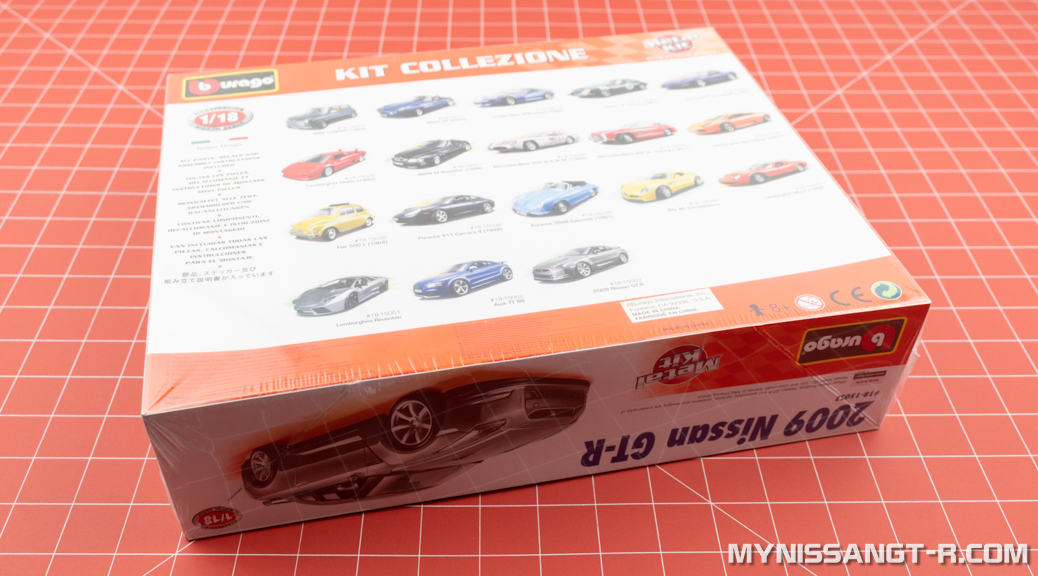 I had no idea it was coming and I was charged $58.90 for it. Apparently, they are calling this a Special Issue for this GT-R partwork build. Usually I get an announcement email from Eaglemoss about any specials that are offered during a build, and I am given a few weeks to opt out of them. Neither of these things happened with this one. While Eaglemoss customer service insists they sent the email (they could not give me a date), I never received it (including checking my spam and trash folders). But, it gets better…

On the same exact day, I received a large clear acrylic generic cover for the Display Base of my Mercedes 300 SL build: 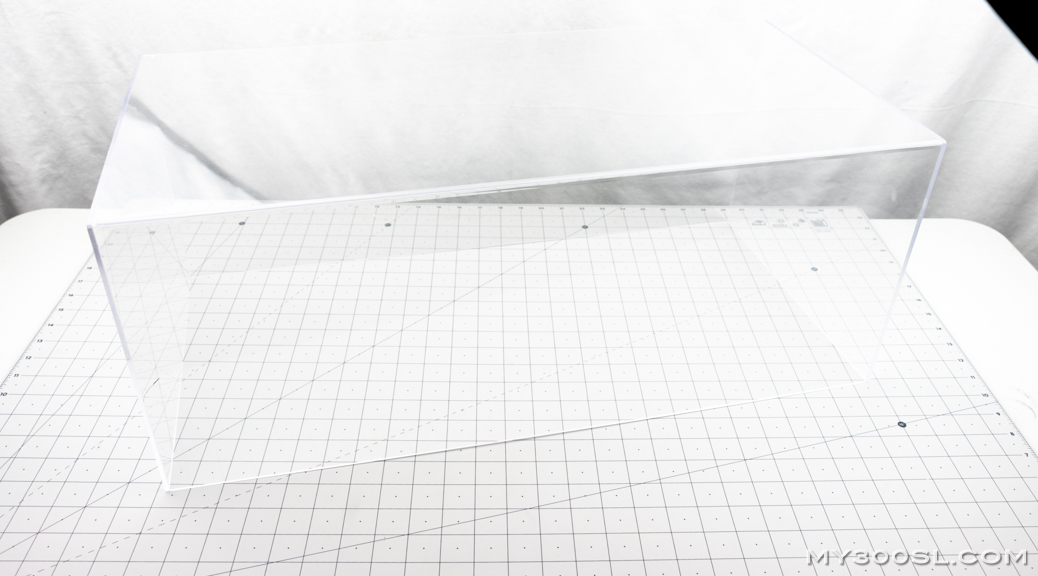 I didn’t receive an announcement email for this either and was charged $87.85 for it without any way to opt out. I also didn’t receive shipping dispatch emails for either item. Ironically, up to this point, I have received every other Special Issue announcement email correctly, and then all of a sudden I somehow don’t get two emails obviously sent at the same time? I have to admit: something feels very shady about all of this!

I can’t even send these unwanted items back to Eaglemoss for a refund because I have to pay the return shipping and it would cost more than the items do (the Cover alone would be $80 to $150 due to the box size). Also, I would not be refunded the original shipping and handling. Luckily, I have a friend who builds/collect 1:18 scale models, so I think he will take the Burago kit. However, I am going to have to eat it on the clear acrylic cover and I can’t even use it or sell it. It arrived with a large crack in it due to the poor packing material protection and subsequent box damage. The outside of the box was not even marked ‘Fragile’: 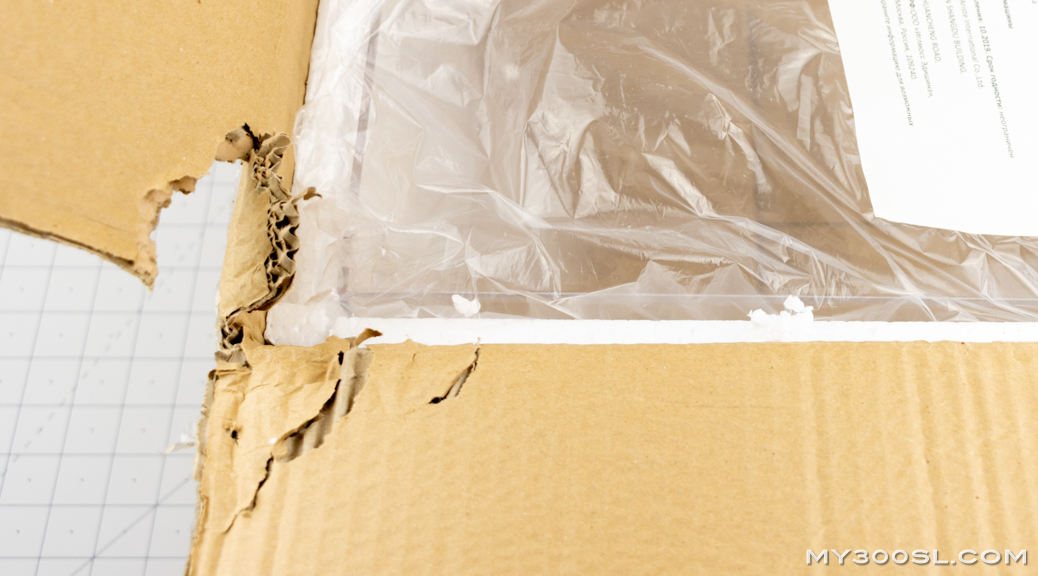 UPDATE Jan 7, 2020: I called Eaglemoss again after I saw how much it would cost to ship this cover back. After a lot of resistance, they finally agreed to issue a refund for the $87.85.

UPDATE Jan 19, 2021: Eaglemoss did it again. They charged me $87.90 today for another Clear Acrylic Cover for my James Bond DB5 build, also without any offer email or a way to opt out. This time I saw it coming and called them immediately. They said I should just refuse the shipment and return to sender and I would automatically get a refund. This cover was delivered to me on Feb 2 and I told the postal carrier to send it back, which he did. They got it back on Feb 8th and I am awaiting this refund too.

UPDATE Feb 12, 2021: I still have not received a refund for EITHER of these clear covers.

UPDATE Feb 25, 2021: A few days ago, I received my next delivery of the Mercedes-Benz 300 SL parts, but Eaglemoss forgot to include the magazine. I called them to ask to have it re-shipped out. Once that was done, I asked them about these refunds. The lady at customer service said this 300 SL one was already refunded back on Jan 7th, but I still had not see it hit my credit card. Something was not right. After a bit of back and forth, she finally transferred me to a supervisor. I was then connected to Christina L. who was incredible! To my total surprise, Eaglemoss customer support is well aware of my build sites and uses them heavily to help support their customers… crazy!

Christina and I talked for well over an hour about these clear cases, this GT-R model, my refunds, the missing opt-out emails, the builds, my sites, needing more US social media support, returning products, the build delays, the shipping problems, and many more issues that I and a lot of other builders have. Then today, I finally received full refunds for both the 300 SL cover and the unwanted DB5 cover I refused delivery on! It turns out the ‘Special Issue’ charges/refunds are in a different billing account and are not automatically pushed back to the credit card.

While this is wonderful in my case, I reiterated that I was not alone and others were being charged for these things without ever receiving the ‘Special Issue’ emails to opt out (I haven’t received three of them now). Thankfully, she has opened a ticket with the Eaglemoss IT department to investigate. Hopefully this will solve the problem for everyone! 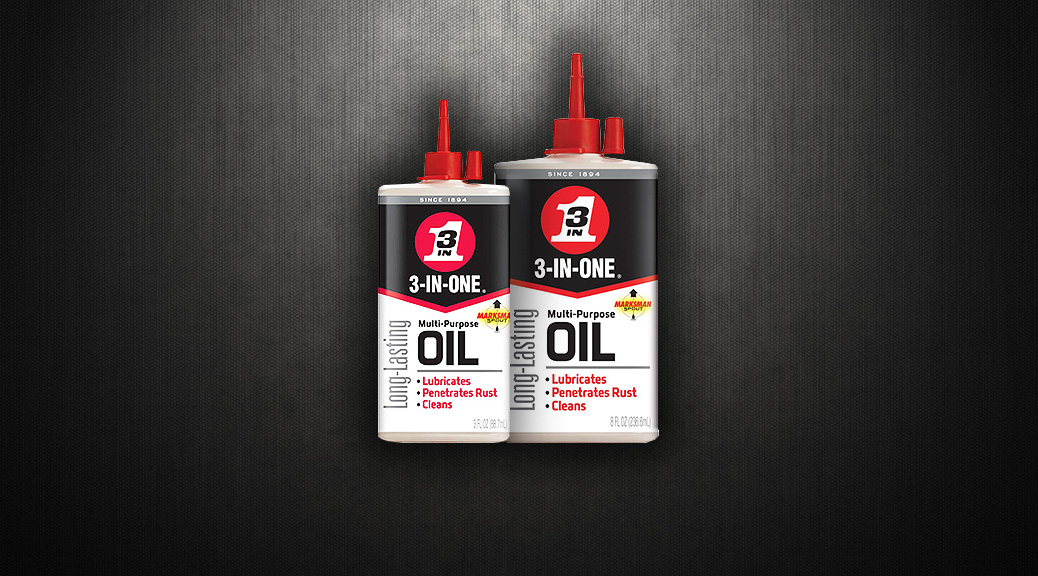 If you are building any of the die-cast metal large scale models out there, you are probably familiar with the pain around driving screws into metal parts. In my experience, some of these screws have a tendency to bind up, strip threads, or simply snap off. Not only does it cause frustration, but it could cause a long delay in your build waiting for replacement parts.

For a while now, I have read about other builders that were using a little oil on their metal screw threads to help reduce the risk of damage and the effort needed to seat these screws fully. Up until this point, I had taken my time to carefully pre-thread metal screws, but it turns out they were on to something. I recently picked up some 3-in-One Multi-Purpose Oil (from the WD-40 Company) and it has changed everything!

I simply dip the tip of each metal screw into a tiny drop of this stuff and they go right in and without any drama. I should have done this sooner! If putting a little oil on the end of a metal screw is not feasible, you can also use a toothpick or other small tool to apply the oil directly into a screw hole before installing the screw.

I highly recommend grabbing a bottle of this oil (or other similar lubricant). It will surely save you time and headache! 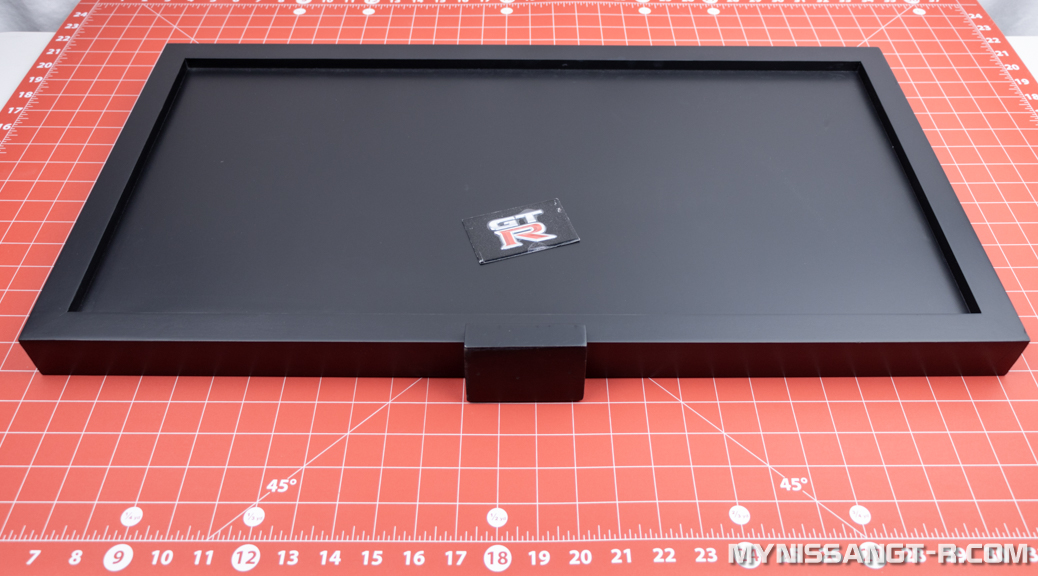 If you signed up for the subscription-based version of this Eaglemoss 1:8 scale Nissan GT-R (R35)

partwork build-up, you will receive four FREE gifts along the way. The first was a Toolkit, the second was a Collector’s Binder, and the third was the Specification Stand. Our final gift is this large Display Base.

The Display Base is a generic black-painted wooden platform. There is a small block at the front that can hold a plaque. A small ‘GT-R’ self-adhesive plague was included separately that needed to be installed. I tacked it on for the picture below. Note that I did not remove the plastic protective film over the plague to keep it protected, but I am pretty sure it is glossy under there. 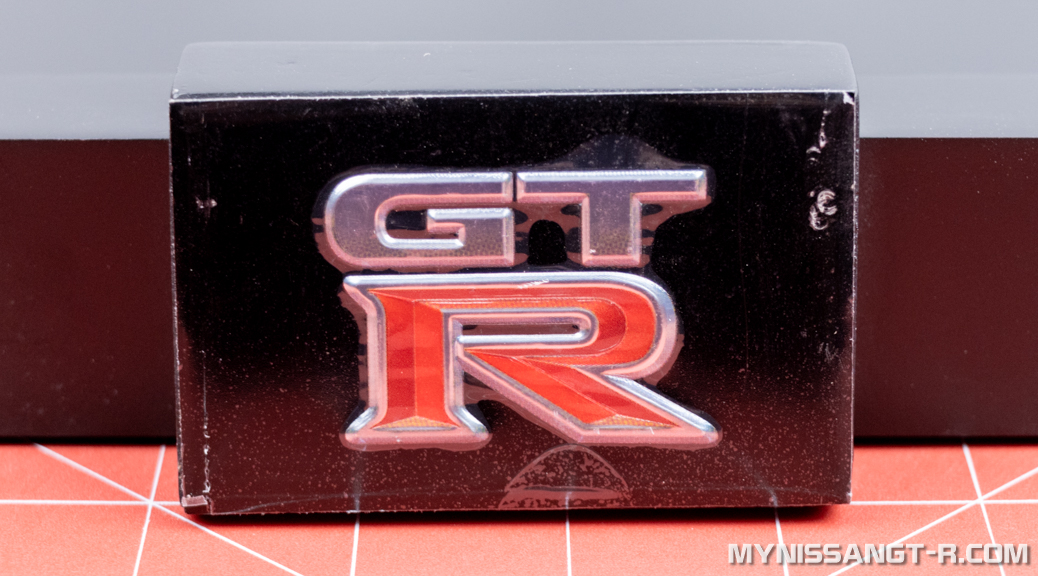 There is nothing too special about this base. It appears Eaglemoss designed it so they could ship the same base with many of their other part work model builds (and just send out different plaques). I received the same base with my DB5 build. I won’t be using any of the display bases for any of my builds as I have a nice display cabinet for these models. So, I will likely sell my bases to others.

If you are interested in the dimensions, they are as follows:

One last thing. It is not the same display base advertised on the Eaglemoss GT-R website, which looks to have an embossed GT-R logo on it. That is really too bad, it looks really nice and unique: 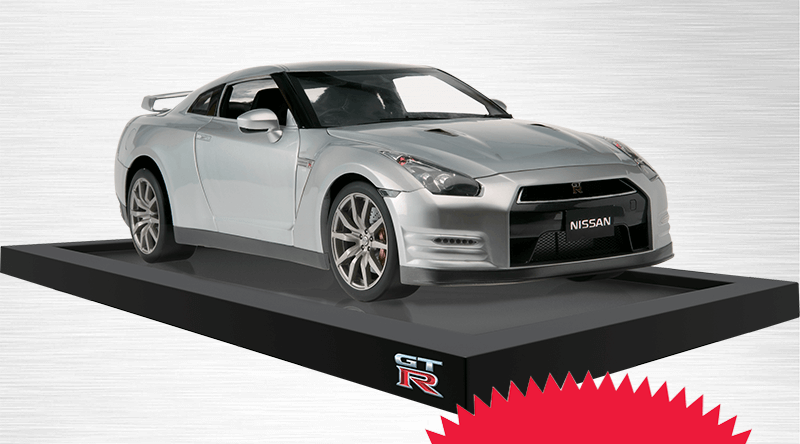 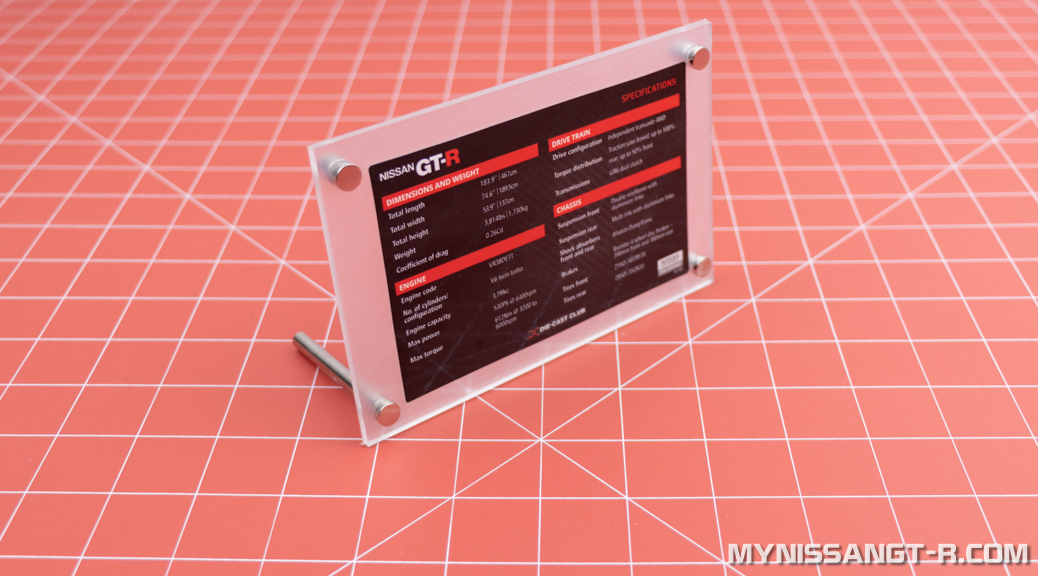 If you signed up for the subscription-based version of this Eaglemoss 1:8 scale Nissan GT-R (R35)

partwork build-up, you will receive four FREE gifts along the way. The first gift was a Toolkit and the second was the first Collector’s Binder. This time around, we receive the Specification Stand.

This should have come with our fourth shipment (Issue 04 containing packs 11-14), but was on a lengthy back order. Still, it finally arrived with Issue 08, so we can take a look at it now…

The Specification Stand is composed of a few parts and does not include any assembly instructions. The specs are printed on a sticker that is applied to a opaque piece of plastic. A duplicate piece of the same plastic is included, but without a sticker. It also contains four decorative screws and two (2) pairs of standoffs, each pair being different lengths: 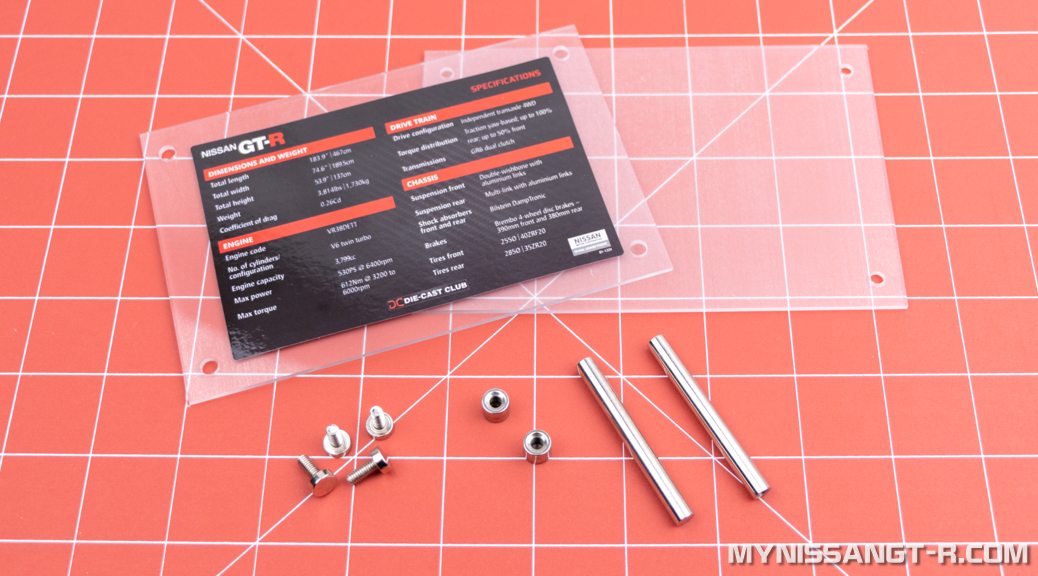 I am going to guess on the assembly here, but I started by stacking the two plastic plates and putting two of the screws through the top holes: 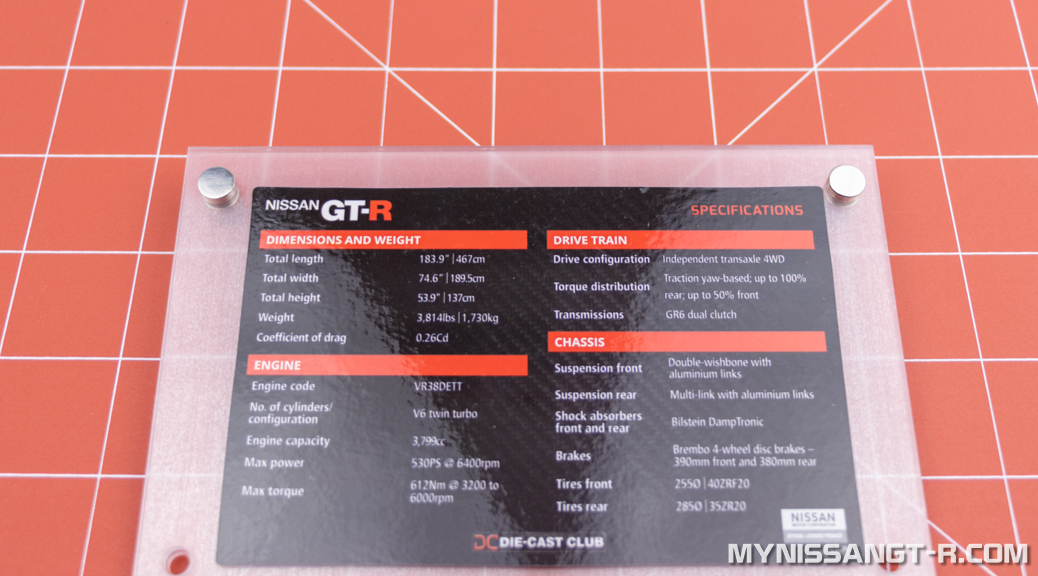 Next, I took the two shorter standoffs and screwed them onto the back: 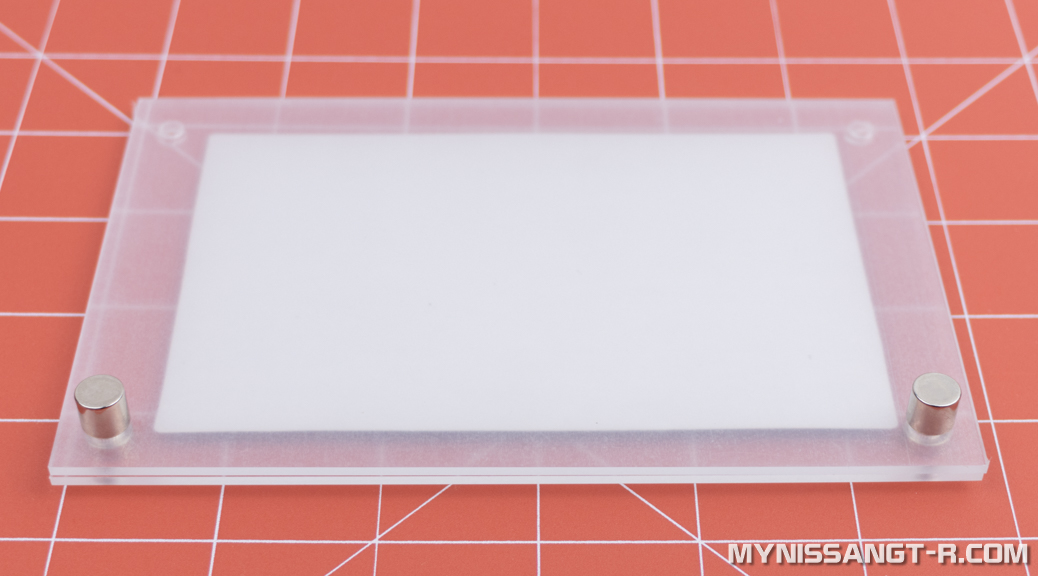 Then, I repeated this process with the longer standoffs across the bottom:

That seems to be all there is to it. The stand is nice and the graphics on the sticker are decent: 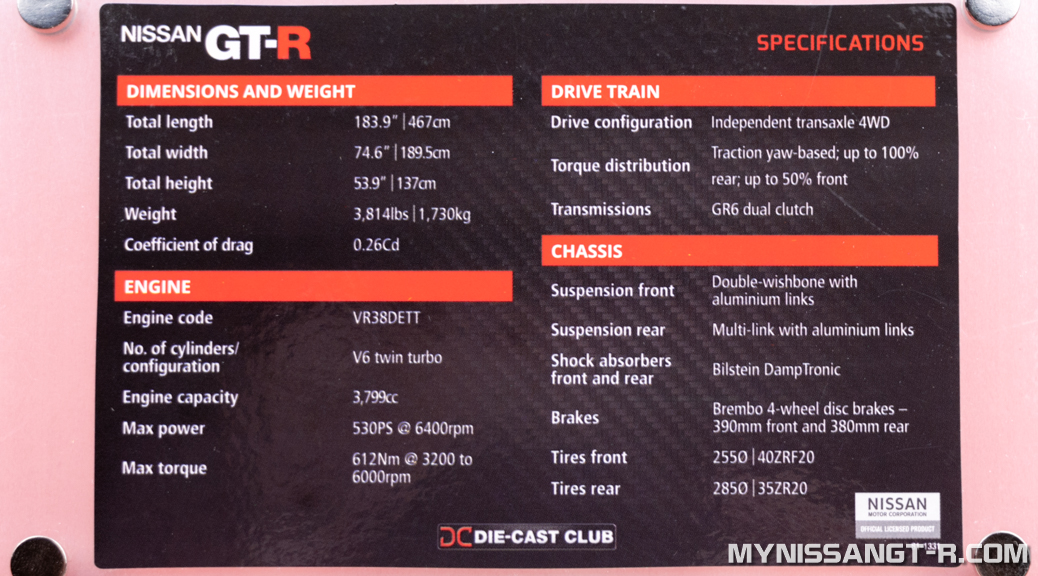 All in all, it is a nice free gift. I am not sure I will use it, but I am glad Eaglemoss includes it nonetheless. 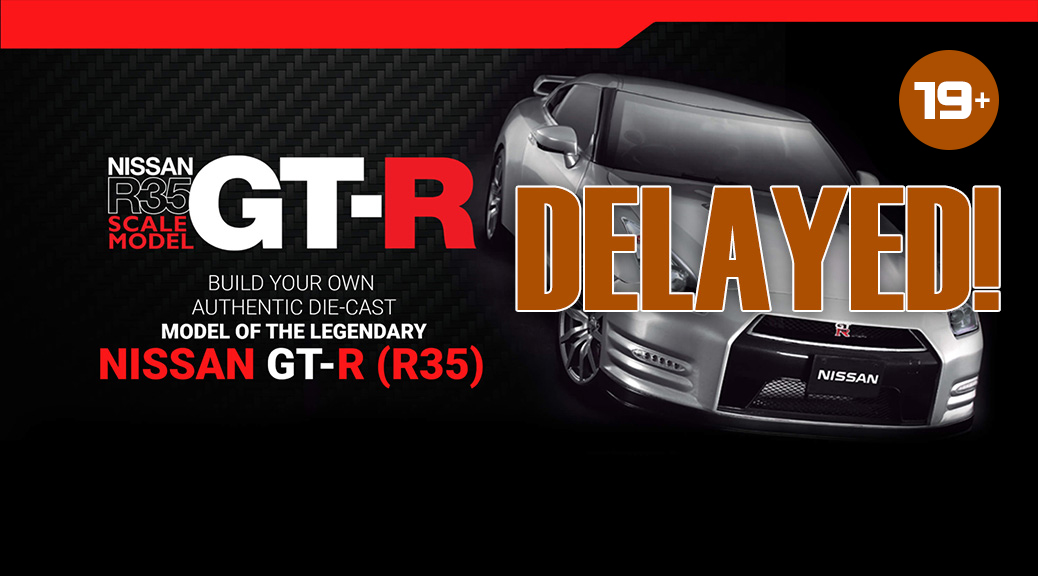 have been delayed. I heard from Eaglemoss that I should have these in January. Fingers crossed!

UPDATE: These did arrive in January! 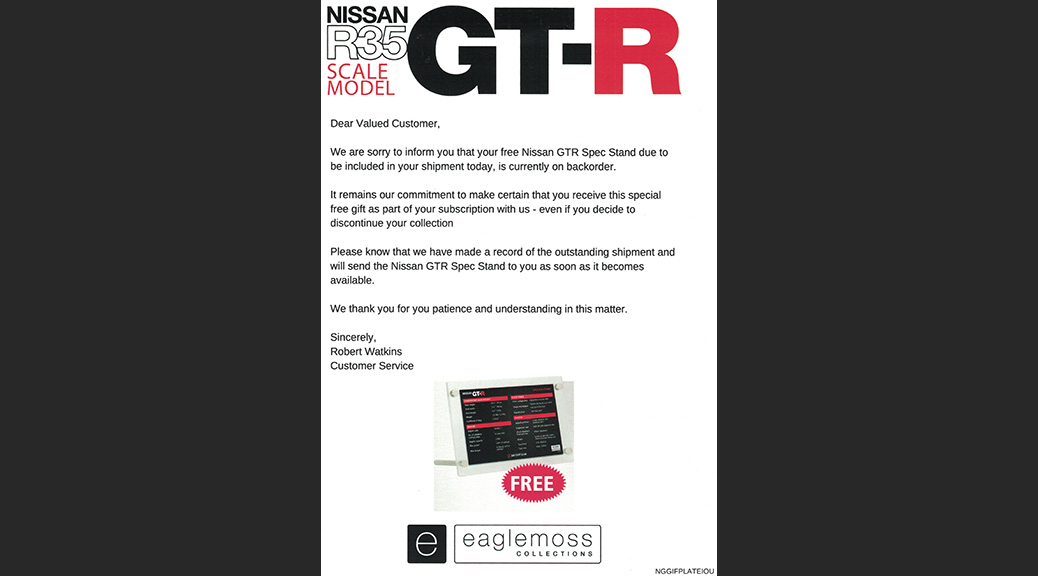 I should have received the Free Gift #3 with my fourth month delivery of this Eaglemoss 1:8 scale Nissan GT-R (R35)

partwork build-up. It is the Specification Stand that displays all the details about the car. Unfortunately, I received this paper IOU instead. When it eventually arrives, I will update everyone. 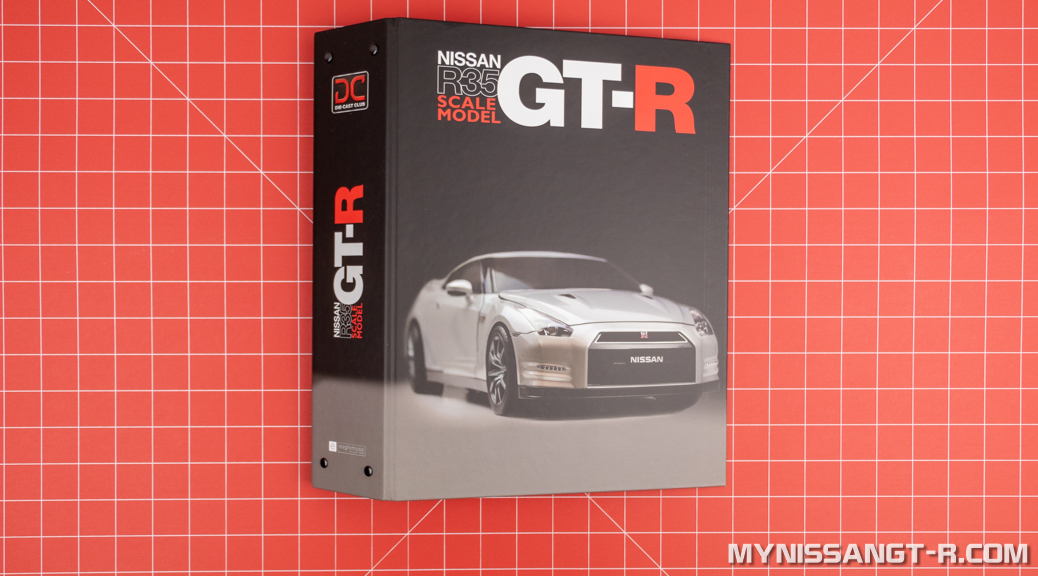 If you signed up for the subscription-based version of this Eaglemoss 1:8 scale Nissan GT-R (R35) partwork build-up, you will receive four FREE gifts along the way. The first gift was a Toolkit, but this time it is our first Collector’s Binder.

The first Collector’s Binder is included for free, but future binders are $7.99 USD each and will be charged to your credit card automatically during the build. If you are not interested in receiving these additional binders, let Eaglemoss know by calling them.